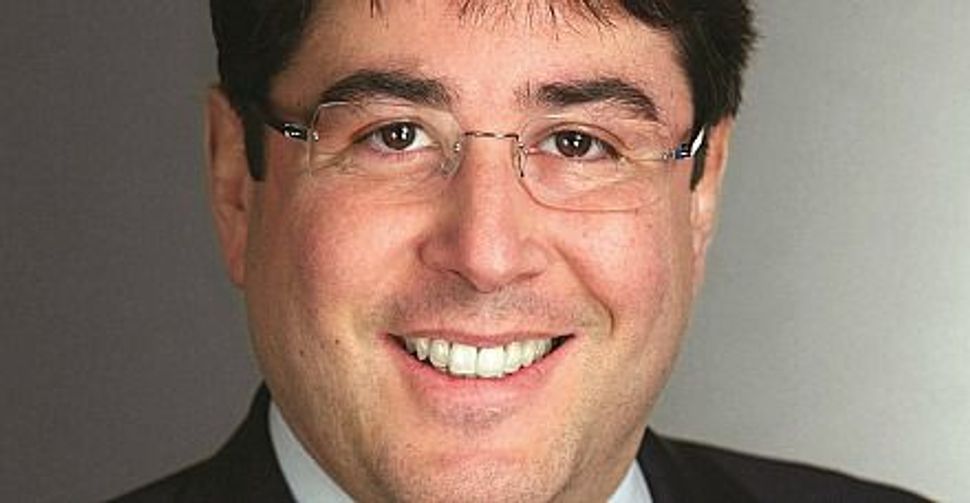 Image by courtesy of uja/federation 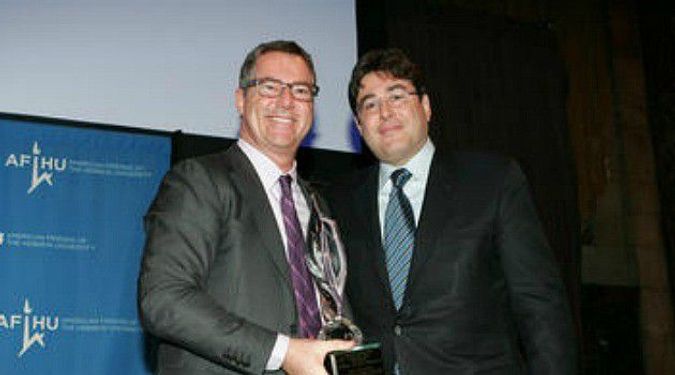 As if the responsibility of running America’s largest Jewish federation were not enough, Eric “Ricky” Goldstein, who was chosen January 23 as the next CEO of UJA-Federation of New York, bears an additional burden: He is seen as the symbol of a new generation of leaders coming to the fore in the Jewish community.

Goldstein, who is 54, is the first to take his place on a growing list of top federation positions waiting to be filled. As such, he offers two surprises: Goldstein is Orthodox, and he does not come from within the Jewish professional world.

“It is very significant that the largest and most important federation in the United States went outside the system to appoint its CEO,” said Jacob Ukeles, a policy analyst who consults for Jewish organizations. “It’s a very big move.”

Still, many agree that the selection of the Wall Street lawyer, who served for many years as a senior lay leader in the federation, is consistent with the philanthropy’s current aim of holding on to major donors at a time of decline in federation participation. Goldstein, some believe, could also offer a new opportunity to reach out to New York’s growing ultra-Orthodox community, which has not been as involved in federation activity.

Goldstein will take over the helm of the New York federation on July 1, replacing veteran executive vice president and CEO John Ruskay, who is stepping down after 15 years. Speaking on a press call with reporters following the federation’s announcement, Goldstein alluded to his possible role as a bridge to Orthodox New Yorkers, stressing the need to build a kehila, a community, in which all members of the diverse New York Jewish population can cooperate. The New York federation, which serves as a central address for the state’s Jewish philanthropy, currently serves more than 100 beneficiary agencies and has an annual budget of $220 million.

At first glance, the differences between Goldstein and his predecessor are quite striking. Ruskay came from the ranks of the Jewish communal establishment, filling top positions in Jewish educational and cultural institutions before joining the federation. Goldstein comes from the business and legal world, where he has been a partner in the corporate law firm of Paul, Weiss, Rifkind, Wharton & Garrison LLP. There, Goldstein specialized in securities litigation and in defending financial corporations and white-collar criminals.

Ruskay’s progressive ideological background was also clear: He was among the founders of Briera, a left-wing organization that supported a two-state solution to Israel’s conflict with the Palestinians decades before the mainstream adopted the idea. Goldstein has had little involvement in ideological issues.

But a closer look at the incoming CEO indicates that his selection is no radical change of course. Though not from the ranks of Jewish communal professionals, Goldstein has been deeply involved in communal activities as a lay leader. And while his Orthodox background could suggest a more conservative approach, Goldstein has played a key role in standing up to discriminatory practices of Israel’s Orthodox rabbinate.

Born in Brooklyn, Goldstein studied at Columbia and Cornell universities. His work as an attorney has won him a reputation as one of the nation’s leading securities litigators. As such, he has represented some of the more notorious defendants in the financial world, including JPMorgan Chase & Co., which was facing class action suits after the 2008 collapse of Bear Stearns Cos., and the defense of junk bond billionaire Michael Milken, who in a plea deal was convicted of securities fraud in 1990.

At the same time, Goldstein has been a prominent member of the Jewish community, volunteering for the past 25 years as a lay leader of many organizations. He has served since July 2013 as vice chair of the New York federation. Prior to that, he chaired the federation’s Commission on Jewish Identity and Renewal.

In addition, Goldstein chaired the board of Manhattan Day School and was a founding board member of Yeshiva University’s Azrieli Graduate School of Jewish Education & Administration. He was also president of the Beth Din of America, a rabbinical court that mainly serves the Orthodox community. “He was a sounding board for clear advice on governance and procedure,” said Rabbi Shlomo Weissmann, Beth Din’s director.

Goldstein, who is an observant Modern Orthodox Jew, is a member of Kehilat Rayim Ahuvim synagogue in New York, but he also attends services at other Orthodox synagogues on Manhattan’s Upper West Side. He is married to Tamar Goldstein, a trained veterinarian and the daughter of a Canadian industrialist, and together they run a family foundation dedicated to supporting UJA-Federation. The Goldsteins have four children, all of whom were educated in New York’s Orthodox schools. Their two sons also spent time studying in a yeshiva in Israel.

Goldstein was among the chief American supporters of Rabbi David Stav, who last year ran for the position of Israel’s chief Ashkenazi rabbi on a platform to end the ultra-Orthodox’s domination of Israel’s religious life. This involvement would place Goldstein within the mainstream of American Jews who protest the lack of religious pluralism in Israel.

Goldstein will not be the first Orthodox federation executive; Barry Shrage, president of Boston’s Combined Jewish Philanthropies, is also Modern Orthodox. But Shrage represents an older generation of federation heads now on the verge of retirement. UJA-Federation has never had an Orthodox CEO. And beyond that, New York is not like Boston, or any other city. UJA-Federation is, in fact, the largest community-based philanthropy in the world.

“It’s a revolutionary moment,” said Jerome Chanes, a fellow at the Center for Jewish Studies at the CUNY Graduate Center. “For the federation of New York to get for the first time an executive who wears a yarmulke, that’s something unusual in the federation world.”

A 2011 study sponsored by UJA-Federation found a massive increase in the number of Orthodox Jews in New York, with 40% of the city’s Jews identifying as Orthodox. Most scholars agree that growth can be attributed mainly to the latter group.

“Modern Orthodox can potentially be the bridge to Hasidic and yeshiva Jews,” said Ukeles, who is also one of the authors of the study. He said that Goldstein could be in a unique position to reach out to New York’s ultra-Orthodox community, which is showing a growing interest in communal activity but is mainly one of the largest recipients of federation support. The Orthodox make up a large part of the city’s Jewish poor, alongside Russian immigrants and Jews with disabilities.

Still, Goldstein’s unusual background has drawn attention. “People talked to me at shul about this,” Chanes said. “They wanted to know who are his clients. Why did he defend Milken?”

Chanes himself did not see any problem with Goldstein’s record as an attorney. Ukeles agreed, noting that Goldstein’s good ties in the business community could have been a plus in his selection, because “he can secure Wall Street funders.”

UJA-Federation President Alisa Doctoroff, who headed the search committee, defended the choice of Goldstein in a statement to the Forward: “We presented, and the board selected the best person for the job. Period.” Doctoroff noted that the search committee reached out to candidates within the federation and the Jewish communal world and from outside. “While there was enormous appreciation of all the candidates, Eric was ultimately the unanimous choice,” she said.

All agree that Goldstein’s main challenge will be not only maintaining the federation’s funding levels, but also finding ways to broaden the federation’s donor base, which has shrunk, in one decade, to 60,000 from 80,000. Ruskay was credited with saving the New York federation from the downturn that other federations suffered; he got top donors to give more, even as the base shrunk. Goldstein is expected to continue to engage heavy donors, such as his old Wall Street clients and legal colleagues, while trying to counter the current trend in Jewish philanthropy, a trend that has shifted donor money away from federations’ central campaign and to specific causes.

“I think the federation system is absolutely essential,” he said on January 23, adding that there is a need to provide a greater understanding to younger members of the Jewish community about the importance of the federation.