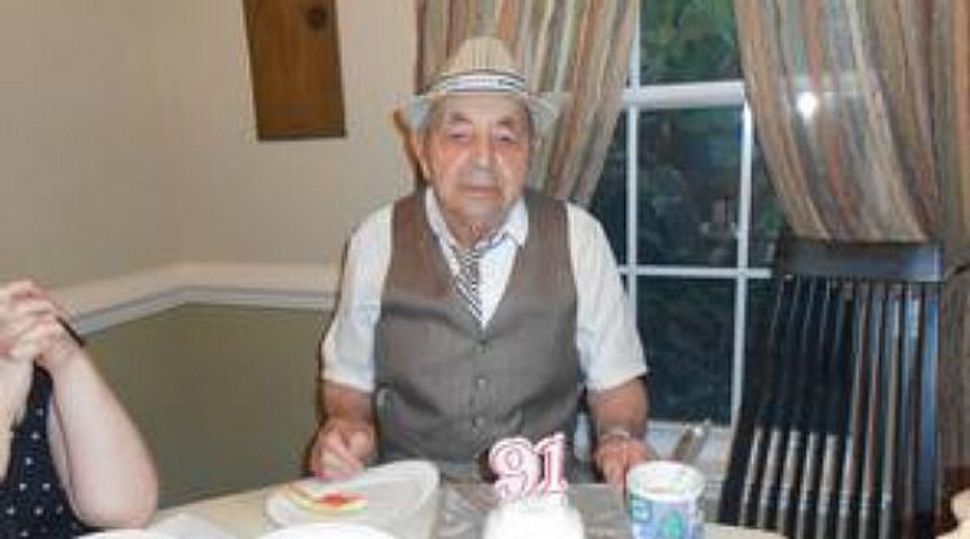 A 91-year-old Holocaust survivor was struck and killed by a school bus as he crossed a street in a Maryland suburb of Washington.

Elia Miranski was using a walker when the bus hit him in Silver Spring near Washington D.C. on Wednesday, the Silver Spring Patch news site reported. He died later that day in hospital.

The bus was returning students from Hammond Middle School in Howard County to school after a field trip to the White House, according to police. None of the 14 students and two chaperones on board were hurt, nor was the driver.

The school brought in crisis counselors for students and parents, the WBALTV television channel reported. Authorities said Miranski had safely crossed the southbound lanes of Columbia Pike and was attempting to cross the northbound lanes when he was struck, CBS reported.

Montgomery County Police believe the first two lanes of northbound traffic crossed by Miranski were stopped on a red, left-turn arrow. The bus was traveling on a green signal it struck the man. The driver was identified by CBS as 52-year-old Lori Jean Latimer of Elkridge and the incident is under investigation.

Miranski, who was born in Poland, had escaped from German soldiers during the Holocaust, the Washington Post reported. He later fought in World War II in the Soviet military.

Last May, Miranski gave the U.S. Holocaust Memorial Museum an oral account of his escape. The recording is available on the museum’s website.