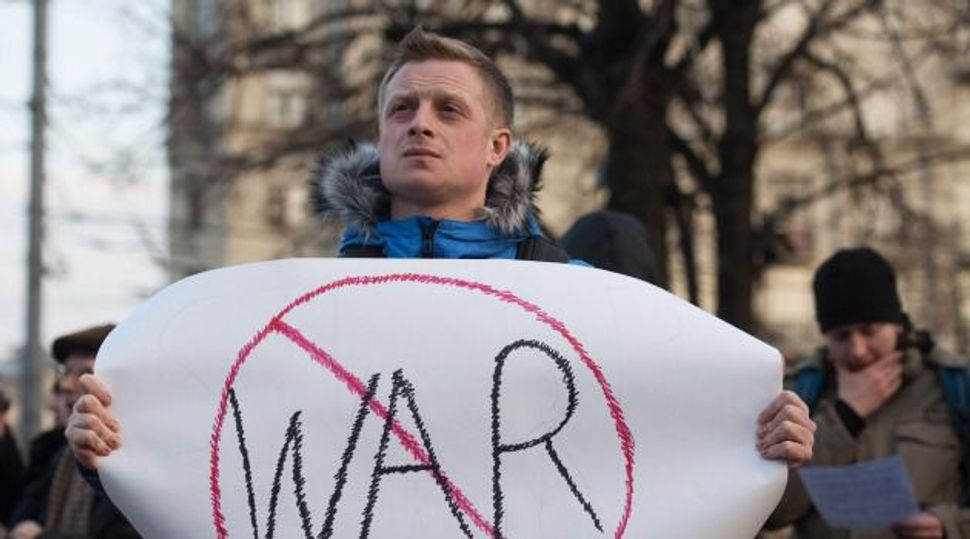 The Jewish Agency for Israel has seen a spike in Ukrainians looking to immigrate to Israel as turmoil roils their country.

Marina Steiman, a Jewish Agency official in the Ukrainian capital Kiev, declined to give numbers, but she said the agency is receiving “more calls then usual.”

Steinman, the agency’s director of community relations in Kiev, said most of the calls come from people who were already considering immigration and who now wanted to speed up the process. “People are worried because they are uncertain of their future in this country,” she said.

In recent months there has been a spate of anti-Semitic attacks in several Ukrainian cities, including Kiev. Some accuse Ukrainian nationalists of perpetrating the attacks, others blame pro-Russian provocateurs.

The Jewish Agency recently allocated $400,000 to upgrade security at almost 100 Jewish locations, including synagogues, Jewish community centers and communal offices, in 30 cities. Ukraine’s economy, which was in a perilous state before President Viktor Yanukovich was driven from power in February, remains shaky. Russia’s announcement this week that it would cancel Ukraine’s special discount on gas prices is likely to exacerbate already difficult living conditions, especially for the poor.

Speaking from Ukraine, an official for the American Jewish Joint Distribution Committee, said the price of basic goods has risen by 20% in recent weeks.

The Joint, which provides social support to the neediest Ukrainian Jews, usually serves about 70,000 people. The official said that although the Joint will continue to serve everyone, because of the worsening situation the group intends to pay particular attention to about 30,000 people “meaning we will look mostly on the most vulnerable.”