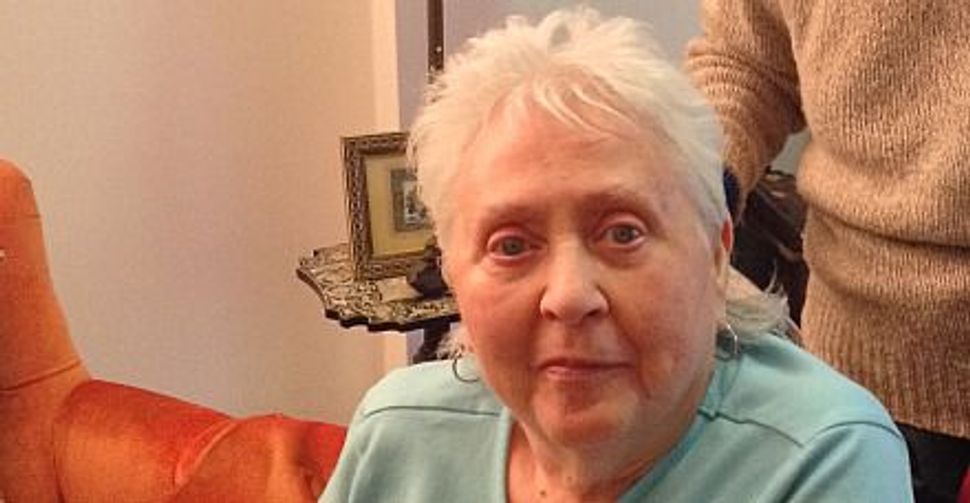 Ruth Willig thought she was done moving homes. The 90-year-old moved into Prospect Park Residence, a Brooklyn assisted living facility, four years ago, and expected to remain there until her death.

But last week, the management of the predominantly Jewish residence made an unpleasant announcement: everyone must leave within 90 days.

“I was devastated. I was hurt and abandoned, frightened,” Willig said, her eyes tearing up. “I thought that my life would follow a path. And now I’m told I have to get out of here.”

The announcement came as a surprise to Willig and the more than 100 other residents, many of whom had specifically chosen the facility so that they could “age in place” without having to move again.

Residence administrators said they had no choice but to close the facility after undergoing what they described as a tax increase of nearly $1 million.

Now residents, most of whom are in their 80s and 90s, are scrambling to find new homes at other facilities.

“Just when you feel you you’re settled in a place and you’re going to be okay, the rug gets pulled out from under you,” said Arlene Sheer, who at 83 described herself as “young” for the facility.

Sheer is unable to walk and wonders whether, as a Medicaid patient, she will be able to pay for care at a different facility. “You have to worry about where you’re going to go. Are you going to be able to afford it?” she said.

Many residents are particularly upset that they will have to move away from family members who live nearby. Eighty-nine-year-old Mary Berger, was delighted that the residence was located near two of her daughters who live in the neighborhood. “My daughters have been so wonderful,” she said. “For a short while, I thought, ‘Well, this is not too horrible a way to end my life.’ My feelings now are pure anger.”

Prospect Park Residence’s executive director, David Pomerantz, said the facility’s closure had been approved by the state health department, as required by law.

Financial considerations made the decision unavoidable, according to Pomerantz. “This was not an easy decision,” he said in a statement posted to the Prospect Park Residence website. “Since 2009, Prospect Park Residence’s ownership and management have taken extraordinary steps to ensure a stable and predictable environment for its residents and staff by absorbing escalating costs.”

But he said, the company’s tax obligation had “sky-rocketed – increasing by nearly $1 million. Today, despite its best efforts, Prospect Park Residence is no longer viable.”

Residents, their family members, and some local politicians think the decision was motivated less by tax increases than by a desire to take advantage of the high-value real estate market in the Park Slope neighborhood. “My take on what’s happening is that a heartless building owner sensed the opportunity to make a lot more money in building condos than in assisted living and is evicting 130 of our senior neighbors to do it,” said Democratic New York City Councilman Brad Lander of Park Slope.

Residents focused particular ire on the facility’s owner, Haysha Deitsch, for implementing the evictions, especially on such short notice. Willig voiced dismay that Deitsch, a Lubavitch Hasid, would take such an action against fellow Jews.

“My heart is Jewish, my soul is Jewish. Every part of me is Jewish,” Willig said. “[But] I’m disappointed in people who are religious, who are ‘God-fearing.’ How do they do this to people like us?”