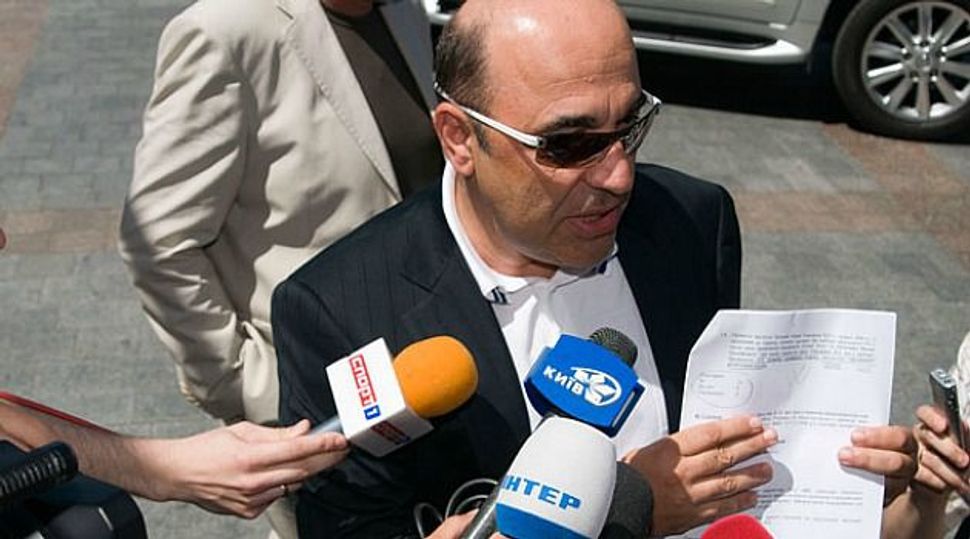 The brash Ukrainian Jewish oligarch Vadim Rabinovich has announced that he will run for the presidency of Ukraine, according to the Interfax news agency.

Rabinovich, president of the All-Ukrainian Jewish Congress and founder of the European Jewish Parliament, said that he was running to “destroy the myth about anti-Semitism in Ukraine.” In recent months, Russian officials, including President Vladimir Putin, have accused groups that overthrew Ukraine’s former president, Viktor Yanukovich, of being fascists and anti-Semites.

There have been several anti-Semitic attacks on Jews and on synagogues across Ukraine since the start of this year.

Rabinovich recently put out a statement denying that anti-Semitism was on the rise in Ukraine.

“Attempting to fan the flames around this issue is a provocation and is not conducive to a peaceful life of the Jewish community in Ukraine,” he said..

The elections will be held on May 25.