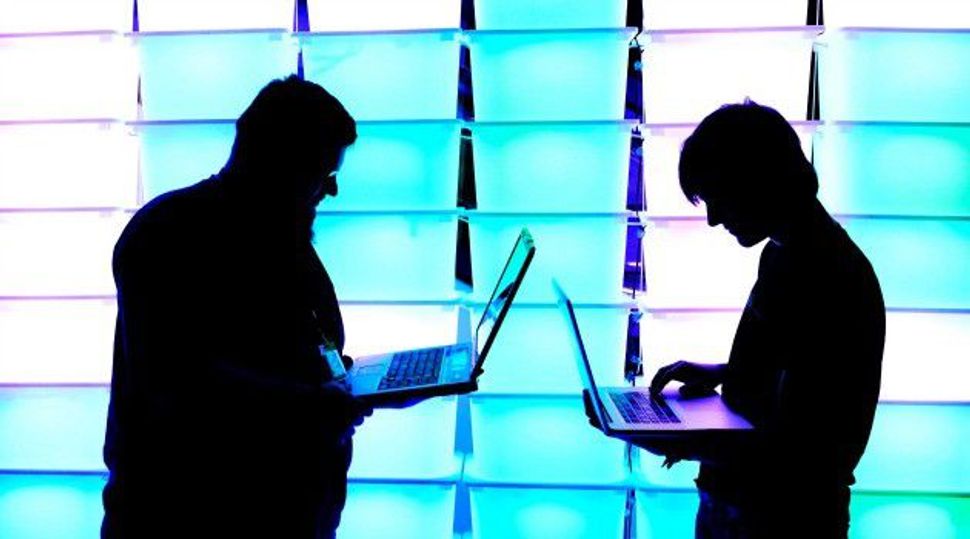 It happens every year, around this time. Jews start to wage war against hametz, or leavened food, by scouring cupboards and countertops, turning pockets inside out, dusting off books one page at a time — anything to rid the house of the offending particles before Passover.

Now, a New York synagogue has taken this cleansing process one step further. The leaders of Romemu, a progressive congregation on Manhattan’s Upper West Side, announced in a March 31 bulletin that over the upcoming Passover holiday, they will be doing away with what they consider the “ultimate” hametz: email.

Interpreting hametz expansively to include everything overcomplicated and unessential in life, Rabbi David Ingber and Executive Director Ilene Sameth came to the conclusion that email is a kind of “life-hametz,” exerting constant pressure to read and respond at a pace that few can sustain. “If we were going to spend hours cleaning out our homes of hametz,” they wrote, ironically, via email, “how could we not clean our inner homes out of email hametz as well?”

They decided that during the eight days of Passover, Romemu staff members will not send or respond to a single email, though they will be reachable by phone voicemail in case of a death or other emergency. In keeping with the tradition that any hametz owned during Passover should not be eaten after the holiday, the staff will not read any email sent to them during the blackout period.

The Romemu leaders signed off with an invitation to “De-email… and taste freedom.”

The congregants’ response was jubilant. In the hours following the announcement, many said that they felt inspired to extend the practice to their own lives throughout the holiday.

“I think it’s an awesome idea,” said Angie Atkins, a new Romemu board member and the director of the Wexner Heritage Program, part of the Wexner Foundation. “It takes an ancient practice and makes it relevant and spiritual.” As a result, she has decided to swear off not only email, but also social media platforms like Facebook and Twitter. “I’m a communications director, so that’s a big deal for me,” she said.

For Rabbi Jessica Minnen, associate director of the Jewish Journey Project, defining hametz broadly is not new: Last year, she linked it to shopping and swore off using her credit card on Passover. Although she can’t ignore her work email, she is planning to modify her virtual behavior “in solidarity” with Romemu. “When I’m alone, waiting for the subway, I often take out my phone to text or look things up; I can’t just be alone,” she said. “So my practice this year will be to just be with Jess, not with my iPhone.”

Rabbi Rachel Cowan, a consultant at the Institute for Jewish Spirituality, believes that Romemu’s decision will have a “positive spiritual effect” on the congregation. She herself has a similar though less extreme practice. Last year, she decided that her “real hametz” was all her backlogged email, and she set about deleting and unsubscribing from all junk mail. “Instead of cleaning my house, I cleaned my inbox,” Cowan said. “And I found it much more liberating than scrubbing and scrubbing.” She will repeat that practice this Passover.

That the congregation has responded with such sweeping positivity — on Romemu’s Facebook page, people called the idea “great” and “brilliant” and “awesome” — did not come as a surprise to board member Larry Schwartz, who is also considering giving up email during the holiday. “That’s what’s so special about Romemu,” he said. “People are really into exploring Judaism and trying new things.”

Stepping away from the online world for a set time period is not exactly a “new thing.” As a growing tide of research confirms that our culture of constant connectivity has negative psychological effects, and actually makes us less efficient, people are becoming increasingly interested in the “unplugging” movement. On March 7 and 8, many observed the fifth annual National Day of Unplugging, a 24-hour period without electronics. Last December, Arianna Huffington — who spends her life running an online news site — announced that she would disconnect from all her devices for seven days ahead of the Christmas holidays. Whether such digital sabbaths actually have a lasting, positive impact after the circumscribed time period is over remains a matter of debate.

But for Romemu, a practice of partial unplugging fits snugly into the congregation’s overall ethos, which is rooted in mindfulness year-round. “Unabashedly eclectic, we engage in body practices like yoga, infuse traditional liturgy with the energy of ecstatic chant, and ground our practice with meditation and contemplation,” the synagogue’s website says. Ingber is known for incorporating his own experience with Eastern spiritual practices into Romemu’s services.

Still, not all staff members were expected to be equally enthused about abandoning their inboxes for an entire week. Sameth acknowledged this in a March 18 email to Romemu staff. “I also know that for some of you, the very idea of not checking email gives you the hives,” she wrote. Later, she told the Forward that the plan “does give them a little sense of nervousness,” and described her colleagues as “both excited and challenged” by it.

Perhaps Huffington’s lessons from her experience would be instructive. She allowed herself to “plug into” her work for an hour each day that her office was open. She scheduled “inspirational quotes” in advance on Facebook and Twitter. And, in a blog post published afterward, she said that “unplugging is easier when you change locations.” She was on vacation in Hawaii.

For Sameth, who first conceived of the idea for Romemu, the desire to “de-email” came out of a reflection on what would happen if she were to relive the Passover story today. She realized that she would never make it to the Red Sea to experience the miracle of liberation, because she would be too busy checking her inbox.

“I would never have known that everybody was leaving Egypt,” Sameth told the Forward. “I would have missed the most important thing!”

The congregants’ willingness to embrace — even extend — her concept as a way to make their holiday more meaningful could itself be considered a mark of success. But for Sameth, it’s just the tip of the iceberg. Her ideal outcome would be for the “de-emailing” practice to spread far and wide in the Jewish world.

“If people can give themselves this gift, it would be a remarkable statement that the Jewish community is willing to recognize the real hametz in our lives,” she said, “not just the leavened bread.”