How Jewish Federations Are Changing — and Dumping ‘F-Word’ 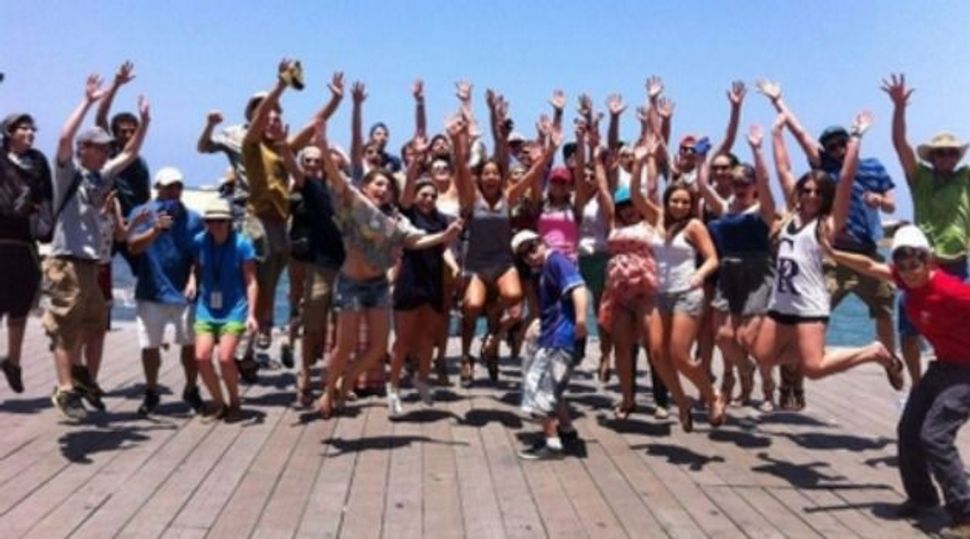 Denver no longer has a Jewish federation.

It still has the federation building, 33 federation workers and a host of programs catering to the needs of the Jewish community, but the word “federation” is gone. As of six months ago, the operation is named JEWISHcolorado, with a subtitle stating, in small fonts, “formerly known as Allied Jewish Federation of Colorado.”

“We’re dropping the F-word, both for ‘federation’ and for ‘foundation,’” said Doug Seserman, president and CEO of JEWISHcolorado. He explained that the name change is part of a “profound revolutionary move” to fit the needs of the 21st century. “It still says ‘federation,’ without the word ‘federation.’”

Colorado may be the most visible example of how a small number of Jewish federations are adopting innovative ideas for change, but it is not the only one. In Pittsburgh, another leader in innovative practices, communal activity is now measured and publicized, enabling ordinary Jews to see what their philanthropic dollars are doing. Ideas like this would have been inconceivable a generation ago, but now they are seen as a possible model for the entire federation system.

“Change is in the air, and everyone is feeling it, but the rate it happens? That will depend on each federation,” said Jack Ukeles, a former top federation official who now has his own consulting firm.

The trends confronting many Jewish communities — including lower affiliation rates, more intermarriage and a shift toward more targeted giving — may have hit Denver harder than it hit other cities. A midsize community with plenty of mobility and a traditionally weak federation, Denver seemed a ripe venue for experimentation.

“People nowadays don’t want a black box anymore,” said Cintra Pollack, head of the Singer Family Foundation and a Colorado federation lay leader who has been involved in the organization’s recent overhaul. “We think there is no other choice,” she said. “Young people are not as compelled by the notion of the federation as they were in the past.”

The federation took three years to make this change. It used surveys and focus groups to poll 1,000 people, and the results were not pretty. Half the respondents did not think the federation was effective. Most perceived a gap between what the federation was doing and the goals they’d like to see achieved. And donors were concerned about the impact of their contributions. Three messages emerged from focus groups: Jews disliked the existing federation model and were willing to change it, but couldn’t agree on the right way forward.

Federation leaders decided to better define their institution and focus its activity on fewer areas.

In the end, more changed than just the name on a building. The federation, with its annual campaign fundraising, and the Jewish Community Foundation, which served as the endowment fund, ceased to exist as two distinct operations. All funds will be counted toward the combined balance of JEWISHcolorado, providing a better measurement of the community’s growth or decline.

The bigger change will be how money is disbursed. Agencies working with the community used to count on guaranteed support from the federation; the Colorado leadership called these allocations “entitlements.” No more. Now those agencies will have to compete for grants each year.

Furthermore, grants will be made in only three specific “impact areas” identified by the federation: Jewish continuity, caring for the vulnerable and supporting Israel and the Jewish world. “In the past we wanted to be everything for everyone, but it wasn’t significant,” Seserman explained.

Eight to 10 organizations will be identified as “strategic partners” and will get preference in funds; the federation will effectively carry out their fundraising operations. One such organization is the Colorado Agency for Jewish Education, which will provide programming for the federation in return for guaranteed funding.

These changes, Seserman believes, will help “turn on the light in the black box” and address donors’ concerns that they have no control over the use of their gifts. It is this concern that has led to an increase in restricted giving, which has fueled reluctance to donate to the communal fund.

But it is not a sure bet. The focus on three specific impact areas and on programs rather than on agencies will be put to the test the moment a major donor disagrees with these priorities.

Colorado’s approach builds on a model adopted a decade ago by the federation in New York, and later by San Francisco, where Jewish donors are allowed to target their dollars. Both have succeeded in curbing the shift toward restricted giving at the expense of the communal fund.

It is still too early to judge the results of the Colorado experiment, which has not completed even its first yearlong funding cycle. But leaders hope that within a period of three to five years it will effect growth in the number of donors, to as many as 8,000 from about 5,000 now. They would also like to see annual fundraising grow to $12 million a year from $10 million and to have the endowment double in size to $100 million.

Midsized federations like Colorado’s could be most adept at innovation. Smaller organizations struggle to exist, and large ones are, at times, too complicated to revolutionize. Some of the biggest federations, such as Chicago’s, have bucked the trends with strong leadership, an effective annual campaign and significant membership. Others, such as Philadelphia’s, have stagnated, due, in part, to years of tension between donors and professional leaders.

Pittsburgh, a midsize community known for its strong Jewish institutions, has drawn attention for its innovative attempt to measure performance and ensure accountability. A community scorecard launched earlier this year is the first attempt nationwide to assess a community’s strengths and weaknesses in an accessible and open way. The idea emerged from the ground up, when executives from different Jewish agencies met for a seminar sponsored by the federation. “They all noticed they share the same vision of a stronger community, and came back to the federation with the idea of the scorecard,” said Raimy Rubin, who heads the project.

The scorecard tracks and measures the work of the Jewish communal institutions, not only the federation, and publishes the results continuously. One click delivers a detailed spreadsheet and graph detailing the numbers of Pittsburgh families attending synagogues; another reveals the levels of enrollment in Jewish day schools; another click provides a detailed look at seniors using community facilities for the aging, and another click shows how Pittsburgh Jews view the importance of being Jewish.

Rubin said the system is already spotting trends and needs. A look at residential housing for people with disabilities revealed a waiting list of 250 people for only 50 open places. Another graphic highlighted the decline in enrollment at Jewish schools. “It is not a finger-pointing mechanism,” Rubin stressed, “it is a way of seeing where the needs are and how we can do things better.”

The next step is a community-wide survey to be carried out after Passover, Rubin said.

Jerry Silverman, president and CEO of the Jewish Federations of North America, said he welcomes how federations in Pittsburgh and Colorado are challenging the old way of doing business.

“Right now, we’re counter-cultural,” Silverman said, “because we still believe in the concept of annual campaign and in collective giving.”

To those fearing change, Seserman offered reassurance: “There was more to lose by standing still than by making change.”

How Jewish Federations Are Changing — and Dumping ‘F-Word’