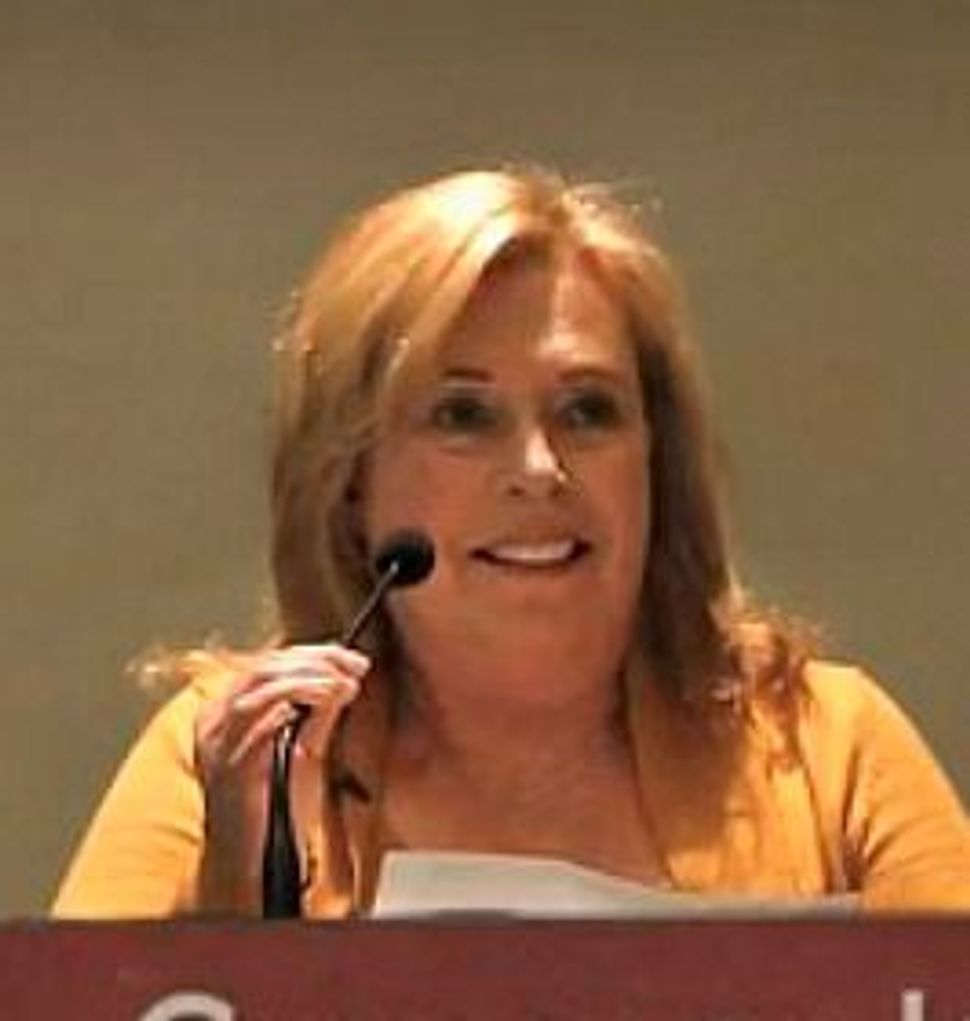 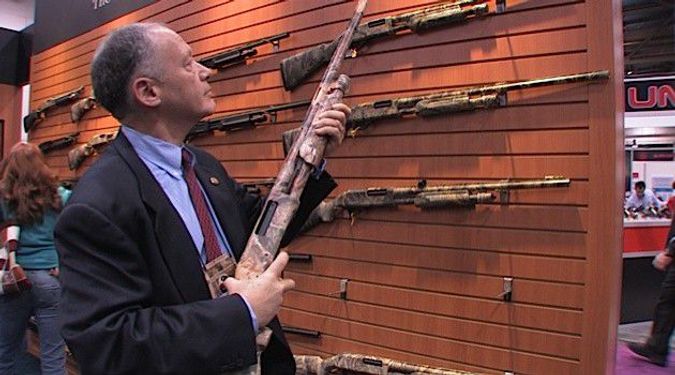 True Believers: Richard Feldman, the NRA’s first Jewish lobbyist, came to support gun rights after a stint as a cop. Now, a right wing group of Jews in Los Angeles is sponsoring shooting classes at a firing range.

(JTA) — It’s a sunny morning in Southern California and Lea Rosenfeld, a soft-spoken, bespectacled woman who looks like a Jewish grandmother, squares her feet, faces her target and squeezes off five shots with a handgun.

All of them miss.

“I never even held a gun in my hands before,” she later confesses. “I’m still shaking.”

Still, Rosenfeld keeps shooting in the hot sun. She says she’s doing it because of her parents and what they endured: Both were Holocaust survivors.

“My question has always been why they didn’t fight back, and my mother could never give me a good answer,” Rosenfeld told JTA. “They weren’t prepared for it, they didn’t believe it was going to happen and they didn’t have anything to fight back with.”

That’s what motivated Doris Wise Montrose, president of the Children of Jewish Holocaust Survivors, to organize the recent day of firearms instruction at the Angeles Shooting Range in northeast Los Angeles.

Montrose’s organization is more of a one-woman operation than a group. By her own account, it consists of Montrose and “a humongous email list.” The organization is dedicated, according to its website, to “The New Holocaust Resistance.”

Much of that has consisted of Montrose organizing lectures with a decidedly right-wing bent. She has hosted such figures as Eugene Volokh, the libertarian-leaning UCLA law professor, and Pamela Geller, the anti-Islam activist behind the current bus ad campaign in Washington that features a photograph of Hitler and the grand mufti of Jerusalem with the line “Islamic Jew-hatred: It’s in the Quran.”

“I think what Doris is trying to do is to keep the memory of the Holocaust alive so we will not forget its important lessons,” said Alex Kozinski, the chief judge of the 9th Circuit Court of Appeals and a friend of Montrose who has spoken to her group.

Recently, however, Montrose decided that lectures and emails were not enough.

So it was that on a Sunday in mid-May, she and seven others – three of them children of Holocaust survivors – gathered to receive “point and shoot” instruction from Itamar Gelbman, 32, a former lieutenant in the Israel Defense Forces.

“We talk about defending ourselves, but we have to do something aside from sharing email articles,” Montrose said.

Gelbman – a strapping 6-foot-3-inch grandson of survivors who has served as a bodyguard for Britney Spears (“Never again,” he vows) and run for Congress from Texas (he lost) – began by running through safety instructions. He taught the handgun technique used by the IDF: square feet, square shoulders, both eyes open.

With varying degrees of accuracy and confidence, the participants blasted away at paper targets depicting an armed shooter. After each cycle of shooting, Gelbman assessed the results.

“He would definitely be on the floor.”

Who precisely the attacker would be is unclear. Gelbman frames his instruction mostly in terms of home invasions, but it’s clear attendees are concerned about more than just their homes.

“When the Muslims say they want to kill us and drive us into the sea, I believe them,” said David Sievers, a retired cancer surgeon and reserve sheriff’s deputy who turns out to be a crack shot.

“No cattle car for me,” Montrose quips after one good round of shooting.

Over lunch, Les Hajnal, a Holocaust survivor from Hungary, points out that often it was not the Nazis but locals who rounded up the Jews in countries such as Poland and Hungary.

“You know what the Hungarians did to the memorial of the shoes?” Hajnal asked, describing a memorial to murdered Jews on the banks of the Danube in Budapest. “They defecated in it. Such nice people.”

While Montrose and Gelbman believe there is a growing interest in self-defense – the firearms class quickly sold out – they know that the men and women who turned out for the training represent a distinct minority within the Jewish community.

Diaspora Jews prefer to be passive and non-confrontational rather than fight back, Gelbman says.

“I think that Jews in general, they give the benefit of the doubt, and they don’t like to be aggressive,” he said. “I think that’s one of the things that was a problem in the Holocaust.”

As the day wraps up and the shooters start to head home, Rosenfeld stays on, firing round after round. Gelbman rewards her with a target of his own creation: a depiction of the late Muammar Gadhafi as a zombie. Gelbman hands Rosenfeld a Glock 9 mm handgun and steps back.

She squares to the target, aims and blasts away, hitting the zombie Gadhafi dead-on with all five shots.