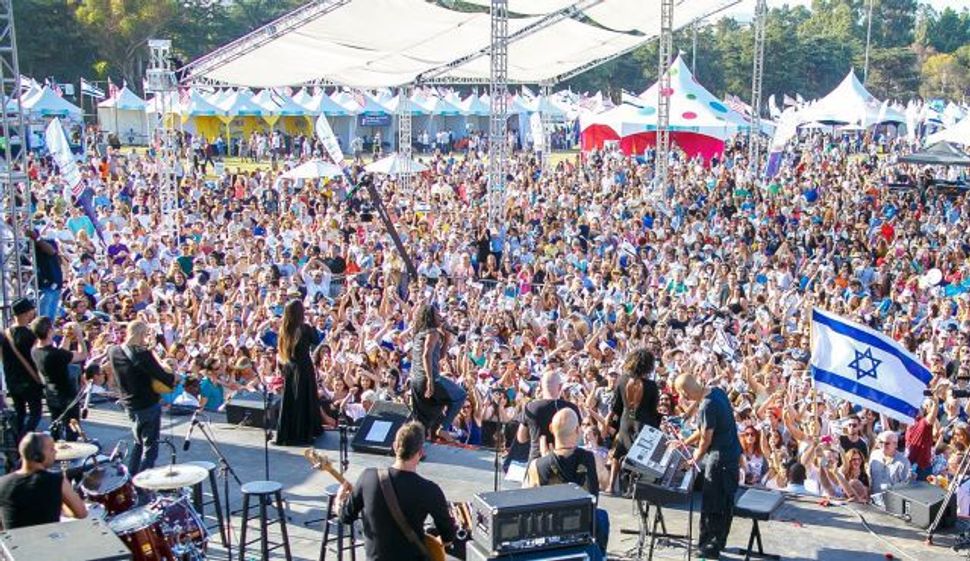 (Haaretz) — It’s not easy to find accurate data about the number of Israelis living in the United States. The Israeli government and the Jewish Agency are in no hurry to give out such information, which might be due to the simple fact that no one has precise numbers.

Be that as it may, the numbers being bandied about these days range from 200,000 to 1 million.

Drawing on estimates of Israeli government ministries and the Agency, Sagi Balasha, CEO of the Los Angeles-based Israeli American Council which represents Israelis nationwide, believes that there are between 500,000 and 800,000 Israelis living in the United States.

“Every organization has slightly different numbers,” Balasha says. “Different organizations use different methods of calculation. For example, some include American-born children of Israelis, while others don’t.”

Oren Heiman, chairman of Moatza Mekomit – a relatively new umbrella organization for the Israeli community in the New York area – offers a more specific number, but it’s still in line with the statistic provided by Balasha: His estimate is that 650,000 Israelis are living in the United States and Canada. He says he was given that figure in the past by a senior Israeli diplomat.

David Mallach is managing director of the Commission on the Jewish People at the UJA-Federation of New York, and supports the Israeli community and Israeli projects in the New York metropolitan area. Based on a survey his organization conducted on the Jewish community in New York, including Israelis, Mallach estimates that there are no more than 200,000 Israelis living in the whole United States.

“We base ourselves on data of the American population registry and on an analysis of data from other sources. I believe that our data are more accurate. People who toss around numbers like 1 million Israelis in the United States, or even 700,000, are exaggerating,” he explains.

“According to Israeli Interior Ministry data, 750,000 people have left Israel since the state was created in 1948. Many of them came to the United States, but many others scattered throughout the world – for example, Jews who immigrated to Israel from Russia and afterward returned there, or Israelis who immigrated to Germany. There are also people who died over the years. In short, there is no way that there are so many Israelis in the United States.”

What is not in doubt, however, is that the major centers in which Israelis in the United States reside are New York and Los Angeles, followed by Miami, Boston and Chicago. According to Heiman, about 150,000 Israelis live in the New York area – more precisely, at a distance of an hour’s drive from Columbus Circle in Manhattan, as he puts it – including parts of New Jersey, Brooklyn, Queens, Great Neck and more. Some 120,000 Israelis live in Los Angeles, according to his estimates, and 80,000 more in Miami.

The Israeli consulate in New York estimates that 180,000 to 200,000 Israelis (as defined by Israeli law which, among other things, includes the offspring of Israeli natives now residing abroad, who never lived in Israel) live within its area of jurisdiction (the tristate area of New York, New Jersey and Connecticut). This is the largest concentration of Israelis in the world outside Israel itself. Consular officials maintain that this figure is quite accurate, as it is based on the number of Israelis they have dealt with.

The figures in the hands of the UJA-Federation of New York are, however, far lower.

“There are about 40,000 Israelis in the New York area,” Mallach says, “and I estimate that the number in Los Angeles is approximately the same.”

Readers who have reached this point may be confused, and with good reason. The major issue is: Who is an Israeli? Are we talking about someone who was born in Israel and lived most of his life there until he decided to emigrate? Should American-born children of Israelis be counted? What about grandchildren? Under Israeli law, such individuals are considered Israelis even if they have never set foot in Israel. Should someone who immigrated to Israel from Russia, lived there a few years, holds an Israeli passport, and now lives in the United States be considered an Israeli?

Some claim that many of the Israelis residing in the United States are there illegally. Others base their calculations on “data” they received from Israeli government ministries. In some cases, the starting point for the calculation is the U.S. census.

In any event, it should be noted, say those in-the-know, that Israelis don’t like to be counted and the official surveys anyway don’t include “illegals.” Nor is it certain that everyone who registers at an Israeli consulate is an emigrant: Some come for a few years, receive consular services and become part of the statistics.

The upshot of all this? We may never know exactly how many Israelis there are in America.