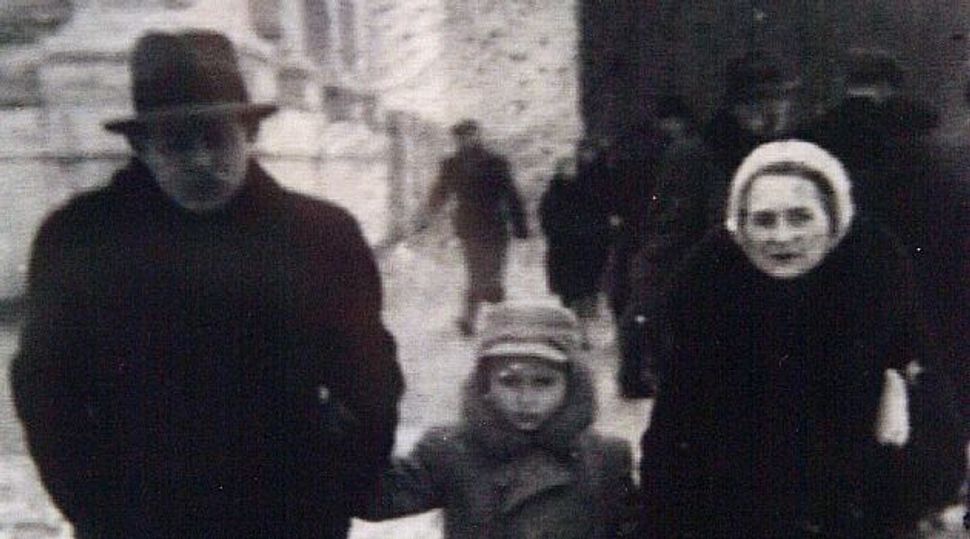 To this day, Leo Melamed recalls vividly the first thing his mother did when his family walked off the boat at the small Japanese port city of Tsuruga.

“She told me that she can now let go of my hand,” Melamed recalled. “She held my hand for two years straight.”

It was the first safe land the Jewish family had stepped on since fleeing their home in Nazi-occupied Poland two years earlier.

“This is the first time I can take a deep breath without being afraid that it might be my last,” his mother told her husband and her 7-year-old son when they stepped off the boat.

Back then, the young refugee was still called Leibel Melamdovich. But it was as Leo Melamed that he would later become one of the world’s best-known financial innovators, father of the futures market and of currency trading exchanges that have revolutionized stock markets worldwide.

As he spoke with the Forward in late June, Melamed was preparing to travel back to Tsuruga, the port of his boyhood refuge, to help memorialize the experiences he and 2,000 other Jews had there. They were a fortunate cohort saved by the intervention of the Japanese diplomat Chiune Sugihara — sometimes known as the Japanese Raul Wallenberg or Oskar Schindler — even as his government prepared to ally itself with Nazi Germany. 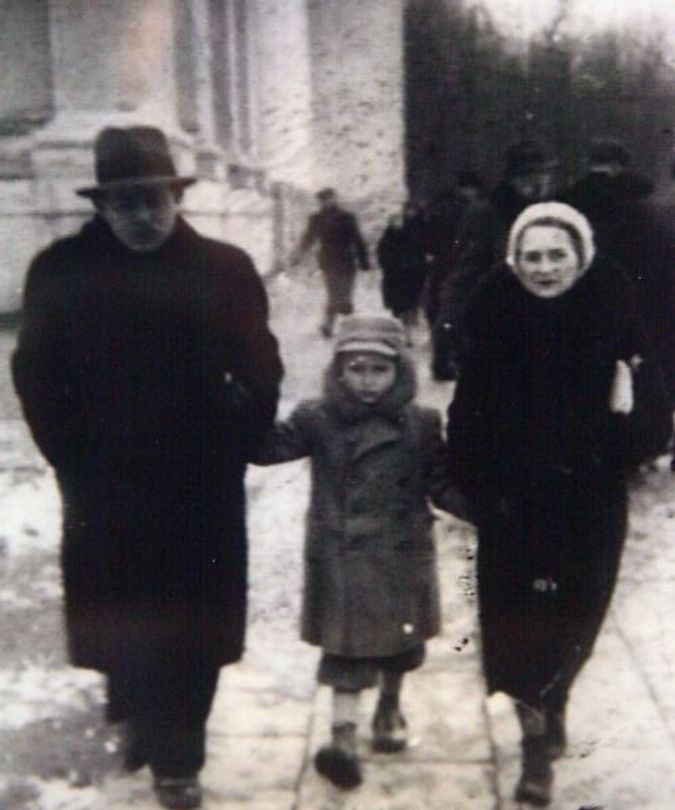 Leo Melamed with his parents in Poland before the family fled Nazi Europe. Image by Courtesy of Leo Melamed

Today, the city is no longer a key port for travelers crossing over from Russia, as Melamed and his family did. But the city’s leaders have set up the Port of Humanity museum, which honors the role it played in rescuing European refugees.

Melamed will meet with Japanese Prime Minister Shinzo Abe on July 1 during his visit, and will represent the survivors at the Tsuruga museum alongside Sara Bloomfield, director of the U.S. Holocaust Memorial Museum.

Melamed has returned to Japan many times since he took refuge on its shores as a child. He came back as an accomplished business leader and a self-made financial wizard. At 82, Melamed is still at the top of his field. He serves as chairman emeritus of CME Group, formerly known as the Chicago Mercantile Exchange, and his brainchild, the financial futures exchange, is still viewed as one of the innovations that changed the world of trading in the 20th century.

Melamed sees his childhood journey from Eastern Europe, through Japan and finally arriving in America as key to shaping his business career. “I was accused of being acquainted with risk from childhood, so I guess I became a risk taker,” he said in his June 24 interview. “I think there is some truth to that.”

Melamed’s story of survival is also the story of Japan’s only citizen to be recognized as Righteous Among the Nations. Sugihara was a Japanese vice consul in Lithuania when he decided to defy orders from his own government and grant travel visas to thousands of refugees, many of them Jewish, enabling their passage to freedom.

The Jews saved by Sugihara, including Melamed’s family, embarked on a lengthy journey on the Trans-Siberian train to Vladivostok in Eastern Russia, which was a boat ride away from Tsuruga. In Japan, most of these refugees were transferred to Kobe, where the small local Jewish community took care of their needs until papers were ready for their final destination, usually America. Those who could not leave were transferred by Japanese authorities to Shanghai after Japan joined the war.

Arriving from Bialystok in Tsuruga, Melamed’s family was grateful to the Japanese people, though at times baffled by their customs. Melamed recalled the family’s first experience with Japanese food at a restaurant, as the table filled with dishes in all new colors and shapes. “My mother had to leave the table; she couldn’t look at it,” he said. “I sat there, but I wouldn’t touch it.” And the visit to the Japanese bathhouse, where the young Melamed was shocked to see men and women bathe together.

For all its strangeness, the overall impression the refugees had from Japan was extremely positive. Friendly neighbors were willing to help the newcomers, blind to differences of color, race or faith. Jews were treated like any other foreigner, a welcome change for refugees from Nazi-controlled Europe. The few Hasidic Jews that arrived to Japan were the only group seen as different, piquing the curiosity of local Japanese photographers.

“The Japanese simply did not share the Nazi racist view of Jews; they didn’t have any concept of Christian anti-Semitism,” said historian Susan Bachrach, curator of special exhibits at the United States Holocaust Memorial Museum, in Washington. Bachrach was in charge of the 2000 “Flight and Rescue” exhibit about the Sugihara rescue. The Japanese government, she added, was not pleased to see an influx of immigrants, but showed no animosity toward the Jewish refugees.

The positive impression the Japanese left on their Jewish guests, including the Melamed family, contrasted starkly with the image most Americans had of Japan during World War II. The emperor’s collaboration with Hitler, the Japanese army’s brutal occupation in China and in Southeast Asia, and the imperial air force’s attack on Pearl Harbor blackened Japan’s standing with Americans for many years.

“For me it was very difficult later on in life to understand the movies and pictures they showed, which I’m sure were true, but nevertheless, this was not the experience we had,” Melamed said. “We had just the opposite experience.”

When his parents received American citizenship and changed their name to Melamed, Leo insisted on remaining Melamdovich. Later, he recalled, as a young lawyer, he came across a client who couldn’t pronounce his name, leading him to adopt the same shorter surname as his parents. One of his first jobs was selling ads by phone at the Chicago office of the Forverts, the Yiddish forefather of the Forward.

It was a perfect fit for the young Melamed, who grew up in a strongly Jewish home with an agnostic father and a religious mother. When he reached 13, his parents chose not to give him a bar mitzvah. Instead, they invited family friends to their home in Chicago to hear Leo’s biography, written and read out loud in Yiddish by the 13-year-old boy.

Melamed credits his father, a math teacher, with first exposing him to the secrets of currency and markets. When the two went through Lithuania, Melamed’s father taught his son about the real value of currency by taking a Lithuanian and a Polish coin to the local baker. Both were officially equal in value, but for the baker, one was worth more. “My father made the point to me: You cannot determine value except in the real marketplace, which is where the people are,” he said. Decades later, Melamed would go on to launch the first open currency market.

“His international standing is amazing. People want to kiss the edge of his robe,” said Masha Leon, the Forward’s social columnist, who is also a Sugihara Jew and a close childhood friend of Melamed. “But to those of us who know him, he is a nice yiddisher boy.”