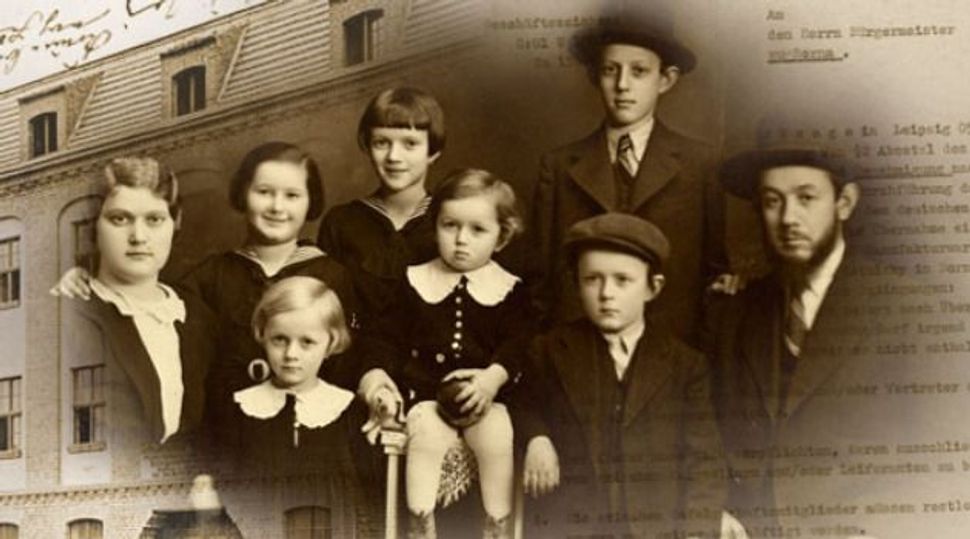 Image by Courtesy of Project HEART

An automated email response awaits those trying to contact Project HEART, an ambitious Holocaust restitution program set up by Israel’s government to help survivors and their heirs regain properties seized by the Nazis.

“We are no longer responding to email inquiries, and until further notice, Project HEART’s call center will not be operational,” the message states.

The offices hosting the project in Milwaukee, in Israel and in Belgium, have been shut down abruptly, and the staffers operating the program were let go as of the end of April.

The program, which was publicly launched with great fanfare three years ago, has not been shut down completely, its leaders insist. It has instead, they say, been folded into an existing Israeli government ministry.

“‘Closing’ is a little of a strong word,” said Bobby Brown, who headed Project HEART until its funds were cut off. He explained that the Israeli government, which was responsible for 95% of the funds, has decided to “bring the program into the Ministry of Senior Citizens” with the end of the three-year contract for its operation.

Brown acknowledged, however, that the program was stripped of most of its funding and that its future is unclear.

Such nuances have been lost on some angry and frustrated survivors. By the hundreds of thousands, these survivors and their heirs responded to the project’s urgent invitations to fill out detailed forms about their lost properties from long ago. But the help they expected from the government of Israel and its partner, the Jewish Agency for Israel, in regaining those properties now looks highly unlikely to arrive.

“They created hope for the most vulnerable people,” said Jack Chivo, a survivor living Vancouver, British Columbia. Chivo’s family owned industrial factories in Bucharest, Romania, but was forced to sell them at a loss when Jews were no longer allowed to own property. Chivo had been among the first to file a claim with HEART, but he has seen no progress on his case.

“At a certain point, they stopped answering,” he recalled, “and then I got a message that the email and the phones were disconnected.” Chivo expressed his anger at what he views as the program’s failure to deliver. “People whose last hope was to get something back have been duped,” he argued passionately in a phone interview with the Forward.

Project HEART’s short-lived shot at returning Jewish property in Europe to its legal owners and their heirs highlighted the expectation gap between survivors’ hopes and the program’s actual mandate. Claimants such as Chivo saw Project HEART as a government-backed vehicle to retrieve their lost assets. But those defending its pullback say the program was designed with a less ambitious goal of documenting lost property and using it in future negotiations with European governments.

Survivors could be forgiven for having the impression they did. Many looked at promises such as the one given by Israeli Prime Minister Benjamin Netanyahu in his video greeting on HEART’s website, in which he stated that the project “holds out the promise that we can finally achieve the justice so long denied to victims of the Holocaust and their heirs.” But while this was the project’s ultimate goal, there was no clear roadmap for achieving it after completing the initial stage of collecting information from survivors and families.

Project HEART, an acronym for Holocaust Era Asset Restitution Taskforce, was launched in February 2011 as a joint program of the Israeli government and the Jewish Agency. It was funded primarily by the government, which allocated $7.8 million to the initiative in a three-year contract that was later extended for an additional year. The launch, accompanied by a media blitz, set a high bar for the new organization, promising new hope to survivors who were urged to file claims.

“Our philosophy is no more quiet diplomacy,” Brown, the program’s former executive director, told the Forward shortly after the launch in 2011. “If we don’t make it into an issue, nothing will be done,” he said at the time.

The idea behind the project was to create a two-phase process in which initially survivors and their families file claims to create a first-ever database of all missing Jewish property, and later, in the second phase, HEART would make use of this database to negotiate with European governments over the return of the lost property. Brown hinted at the time that the information could even be used to file future class-action legal suits against countries that refuse restitution.

The first phase got off to a swinging start. HEART contracted the direct mailing giant A.B. Data Ltd. to collect the information and to staff a call center in its Milwaukee headquarters. An outpouring of claims flooded the system at a pace of 2,000 filings a month. By the end of the program’s contract period the database consisted of 200,000 restitution claims. At its peak, 100 workers manned the offices, dealing with electronic filings, paper records mailed in and with calls from survivors seeking information.

But at the end of this past April, as HEART’s contract expired, the government of Israel decided to pull the plug on the program’s funding. This led to the immediate shutdown of the Milwaukee operation. “We are no longer involved with Project HEART,” said Anya Verkhovskaya, who directed the program’s operations in the United States. “We’re in standby mode.”

Verkhovskaya said that the first phase of the project had been completed, and that “the majority of people with interest in filing have done it.” She noted, however, that there are still survivors trying to contact the center and that they are asked to “be patient, because we are in a process of transition.” The Milwaukee-based office was not provided with any clear information about the future of the project.

When the government decided to turn Project HEART into a unit within the Israeli Ministry of Senior Citizens, it promised to set up a new call center in Israel to continue processing claims filed online and by mail. But the program has yet to be allocated a budget, and it is not clear if it will have a designated staff working on the claims.

HEART’s second phase, which is focused on using the data to reach restitution agreements, proved to be more lengthy and complicated than many survivors had expected. On its website, HEART now explains that “due to the sensitive nature of these ongoing efforts, specific details can only be released once significant progress is made, and decisions by specific countries or companies have been reached.” A similar response was conveyed to survivors inquiring about the status of their claim.

Brown listed his program’s achievements, including taking part in pension negotiations for survivors in Poland, presenting thousands of new claims to the Austrian government, persuading the Croatian government to change its requirement allowing only current citizens to file claims for property, and asking the European Parliament to ensure that Holocaust-era records are not destroyed. “I’m very proud of our accomplishments,” he said.

But despite all the work that has been done, none of the survivors who turned to HEART has received any compensation as of yet. This part of the process, which led thousands to dig into old family files and put together testimonies, turned out to be harder to deliver.

“We never had an intention of taking 200,000 claims and acting as a lawyer for each claimant,” Brown said in a June 30 interview. “Our intention was to go with the lists to each country and tell them, ‘These are your citizens, and justice has not been done to them.’”

The future of HEART remains unclear, as does the reasoning behind its closing. An official involved in restitution work speculated that with most of the data already collected, Project HEART was no longer seen as essential by the Israeli government. The official also noted that when it comes to negotiating restoration agreements with foreign governments, “the field is already crowded,” and therefore other groups involved in the talks, such as the Israeli government, the Claims Conference and smaller organizations were unlikely to make room for HEART’s own negotiations.

Brown has been working on a voluntary basis for the past two months, and it is not clear if he’ll return to take charge of the project under the Ministry of Senior Citizens.

A spokesman for the ministry did not respond to the Forward’s request for comment.