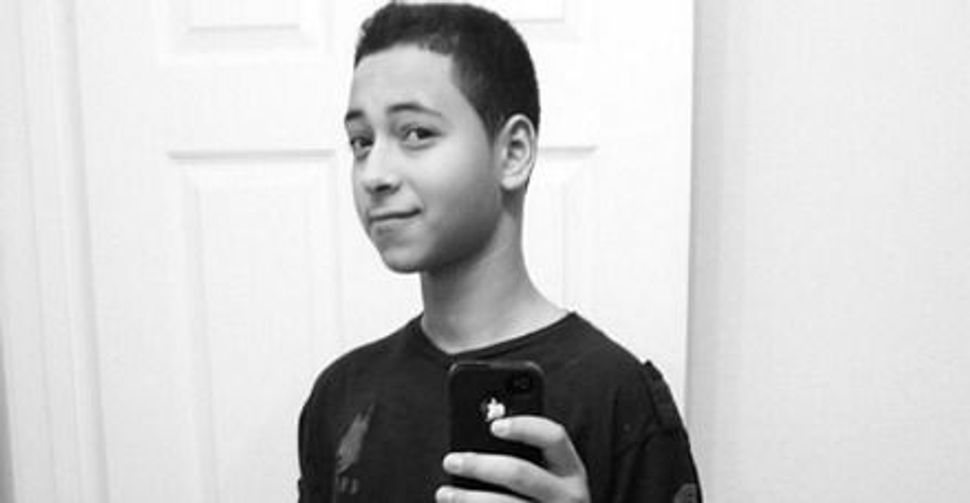 Image by courtesy of khdeir family

The cousin of a Palestinian revenge attack victim who was beaten by Israeli troops is a fun-loving all-American high school student from Tampa, Fla., relatives said.

Tariq Khdeir, 15, earned a summer vacation to visit relatives in the Holy Land by scoring straight A’s in tenth grade — and was occupied with the soccer World Cup until his cousin was killed in a suspected revenge attack by Jewish extremists in Jerusalem.

“I’m all cried out of tears,” said Khdeir, 22, a student at South Florida University. “We haven’t slept since this happened.”

Tariq Khdeir, who played on his high school soccer team and joined the fishing club, had been with his cousin, Mohammed Khdeir, 16, just an hour before the Palestinian was bundled into a car and burnt alive.

Relatives say the Florida cousin was demonstrating with other relatives outside the family’s East Jerusalem home when Israeli soldiers charged at them and attacked the teen.

“He’s not used to this, not used to it all,” the aunt said. “The kids started running and he was caught.”

Videos show troops beating Tariq Khdeir as he lies prone on the ground.

The aunt said there is no doubt that the videos depict her nephew, who was wearing an Ekko shirt.

The boy suffered a broken jaw and nose in the beating and has been taken from a hospital to an Israeli jail, where he is being held pending a court date, she said.

“He’s a good boy, he’s good in school, he loves soccer, loves music,” Salahedeen Khdeir, the boy’s father, told Palestinian journalists. “This is the first time he went to sleep far away from his home. And where does he end up? In a jail next to the people who hit him almost to death.”

Israeli authorities say Tariq Khdeir resisted arrest and was armed with a slingshot.

U.S. authorities demanded a speedy probe into the case and said a consular official visited the boy in jail Saturday.

A spokeswoman for U.S. Rep. Kathy Castor, who represents the Tampa district where the Khdeirs live, did not return a call for comment.

“We are so angry and frustrated,” said Sana Khdeir, 22. “Bloodshed on either side is wrong, whether Israeli or Palestinian.”

The family was already crushed by the news that Mohammed Khdeir was killed in a slaying that Palestinians believe was a revenge attack by Jewish extremists after the killings of three kidnapped Jewish students. The beating of his younger cousin only deepened their despair.

“The Israeli-Palestinian conflict has been going for 65 years,” Sana Khdeir. “I want peace, we all want peace. But we’re never going to come to peace when all we get is more occupation and bloodshed.” 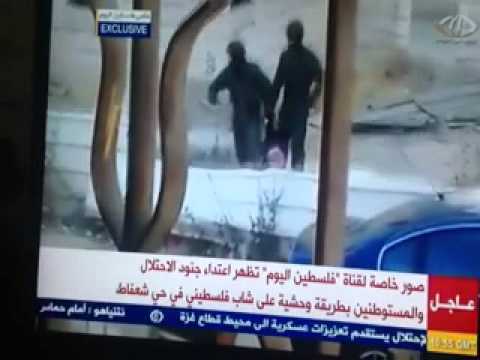