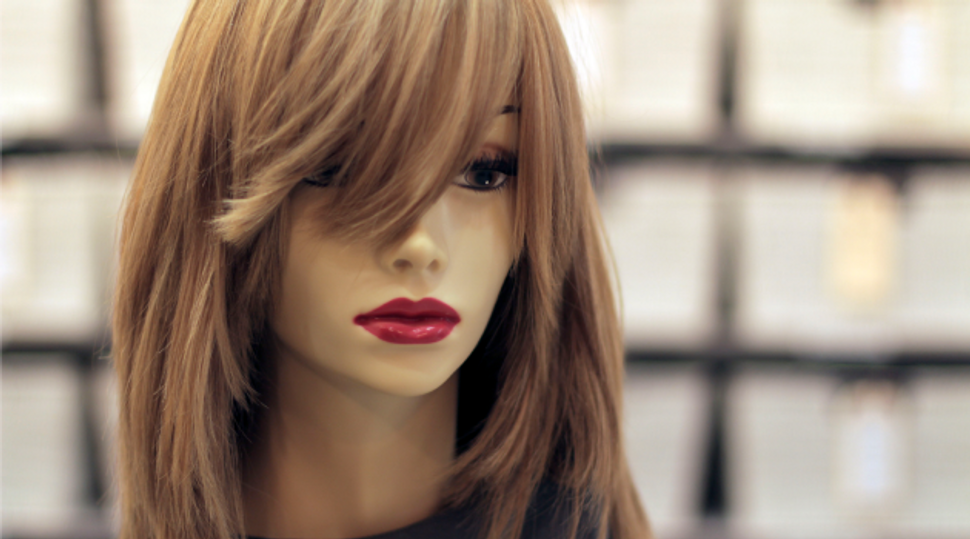 When I was 17, a matchmaker introduced me to my future husband. My family and I knew it was an auspicious match from the get-go: The boy and I were both Satmar Hasidism; we came from the same town, Kiryas Joel; we were socialized in similar circles, and we observed the same religious rules. But what clinched the deal was the fact that our mothers wore the same head coverings. They both shaved their heads and wore short wigs, or sheitels, with pillbox or beret hats on top. This indicated, essentially, that our families were cut from the same cloth.

Six months later, the morning after my wedding, I donned a sheitel and hat just like my mother, mother-in-law and four sisters.

You can tell a lot about an Orthodox woman by the type of wig or other head covering she wears. Like the length of her skirt or the texture of her stockings, a woman’s headgear announces to the world her family’s tradition and her community’s standards. In Hasidic communities especially, the head coverings of the mothers of the bride and groom are often the first consideration in arranging a shidduch, a match. Except for the occasional girl who bucks matrilineal tradition and covers her hair with a less, or sometimes more, stringent head covering, a woman’s headgear indicates her family level of piety and, more importantly, her mother’s ways.

Pious Jewish women have been covering their hair for hundreds of years. “Hair on a woman is ervah [nakedness, impropriety],” the Talmud declares, and therefore it needs to be covered. Jewish women in Italy were donning wigs as early as the 16th century. As wig-wearing became popular in Europe in the 18th century — think Marie Antoinette — Jewish women followed suit, with rabbis both condemning and condoning the practice on modesty grounds. Long after wigs fell out of fashion with European elites, Jewish women kept wearing them. Today, more Orthodox Jewish women wear wigs than ever before.

The style, length, texture, color and quality of a wig — and above all, what the wig says about the woman wearing it — are a lot more nuanced than they appear to outsiders. In an effort to demystify the sheitel, what follows is a list (a taxonomy, if you will) of the various wigs American Orthodox women wear, and what each head covering signifies about the woman’s family and community affiliations.

Hasidic Jews belong to the mystical and arch-traditionalist ultra-Orthodox movement founded in the 18th century by the religious leader Baal Shem Tov. They reside overwhelmingly in places like Kiryas Joel, Monsey and New Square in upstate New York, and Williamsburg and Boro Park in Brooklyn. Hasidic women observe complex rules and traditions when it comes to covering their heads. The most pious Hasidic women don’t even wear wigs; they shave their heads according to their specific sect’s customs, and cover them with a solid or floral scarf called a tichel or with a round woven piece of silk called a shpitzel, which is then topped with a scarf or a hat. For women who do wear wigs — on top of shorn heads or natural hair — however, there are several options to choose from. Wigs made of synthetic hair are considered the most modest, and range in price from $100 to $300. Wigs made of a synthetic/human blend cost up to $500 and human hair wigs cost up to $800. (The list below does not include wigs for Chabad-Lubavitch women, who follow trends in the non-Hasidic Orthodox communities, in the second column.)

A frisette is a short wig usually made of synthetic hair or a human and synthetic blend. It is cropped above the ear and covered with a tichel, leaving only bangs visible on the forehead. The bangs can be side-swept or styled to lie against the forehead. Many women in Kiryas Joel and New Square, and to a lesser degree Monsey and Williamsburg, wear the frisette. 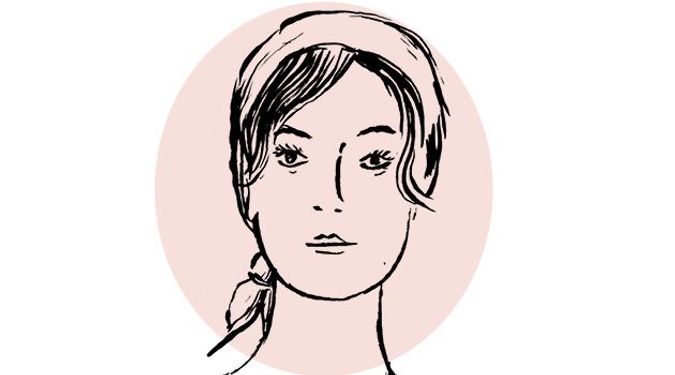 A sheitel and hat is a short wig covered with a pillbox, beret or knit hat. (This is the kind of head covering my mother and mother-in-law wear.) The length of the wig ranges from right below the ear to an inch or two above the shoulder. The length correlates with the level of piety; the most pious women keep the wig cropped to just below the ear, so that no hair is showing past the backside of the hat. These wigs are commonly known as a “fronts” or “tapered sheitels.” The sheitel and hat can be seen in most Hasidic communities and are very popular in Williamsburg, Kiryas Joel, Monsey and New Square. 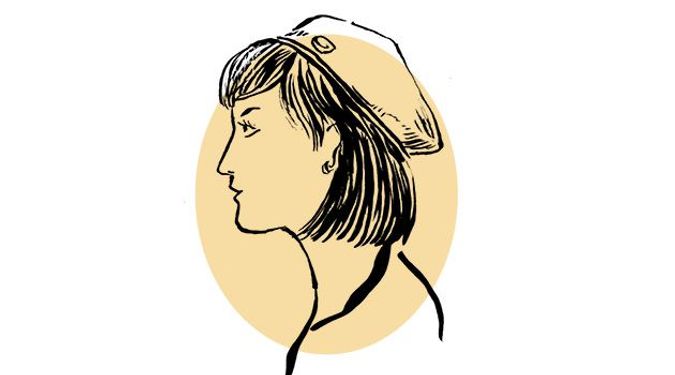 A band sheitel is a wig covered with a headband. The wig is generally cut to a few inches above the shoulder. The headbands vary in width; the wider bands, which reach about halfway down the back of the wig, are called “snoods” and are the most conservative of the headbands. The thinner bands are 1 inch wide or less, and yet they are still considered an appropriate “covering” for the sheitel. The band sheitel can also be seen in most Hasidic communities. 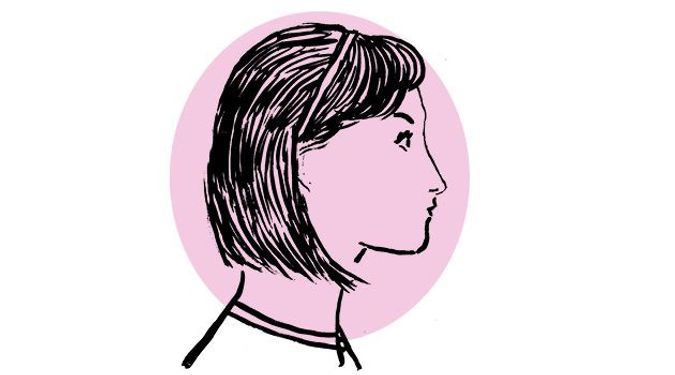 A hoyla sheitel — literally, a naked wig —is an uncovered sheitel. The wig is generally cut a few inches above, or close to, shoulder length. Unlike in Williamsburg, Kiryas Joel, New Square and Monsey, where you encounter many kinds of wigs, Boro Park has many hoyla sheitel wearers, in part because this wig is more modern than the others. 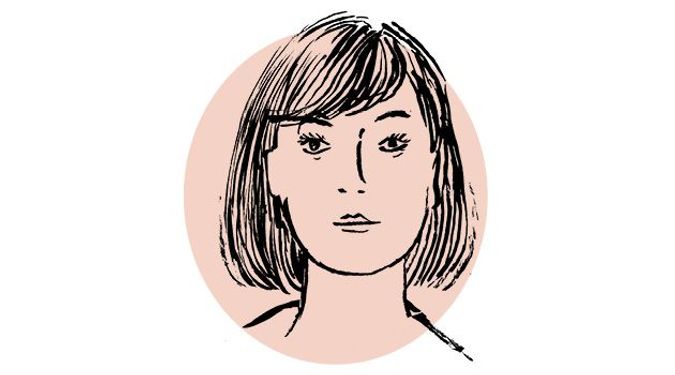 Other Jewish women who don wigs are the Litvish — that is, non-Hasidic ultra-Orthodox women who are part of a central community in Lakewood, New Jersey, but also reside in places like Boro Park and Monsey — as well as mainstream Orthodox, Modern Orthodox and Chabad-Lubavitch women in communities across America. The length of a sheitel can indicate a level of piety, but it’s not a totally accurate indicator: Some women prefer wearing short wigs on weekdays and longer, heavier wigs that require more maintenance on the Sabbath and holidays; others, still, follow the latest hair trends and styles from celebrities and magazines, wearing short bobs or long, bouncy waves. These women wear only human hair wigs, which cover their natural hair (they don’t shave). The wigs range in price from $600 to $1,900. Very long wigs cost more.

This wig ends at or a few inches below the shoulder, measuring about 12 to 15 inches in length. These wigs are customarily worn by frum, pious, Litvish women and are typically made of fine human hair. They are versatile, and can be styled demurely with few layers and stiff bangs for more conservative women, or fashionably with waves and trendy bangs for more liberal women. 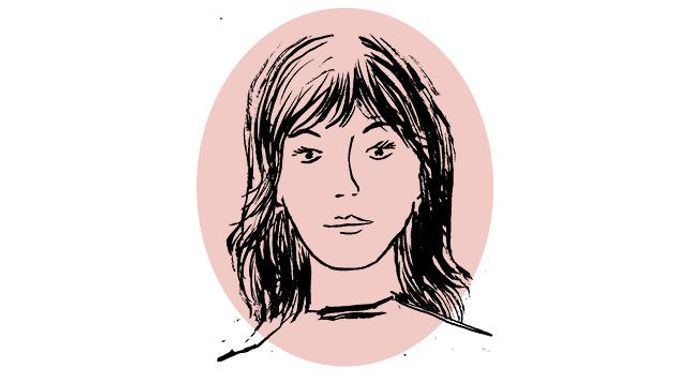 A below-the-shoulder wig measures about 16 to 18 inches in length. These wigs are also usually made of human hair, virgin or processed, and are typically worn by modern Litvish and mainstream Orthodox women across the country. They are also really popular in Brooklyn’s Crown Heights, the global center for Lubavitch Hasidim. 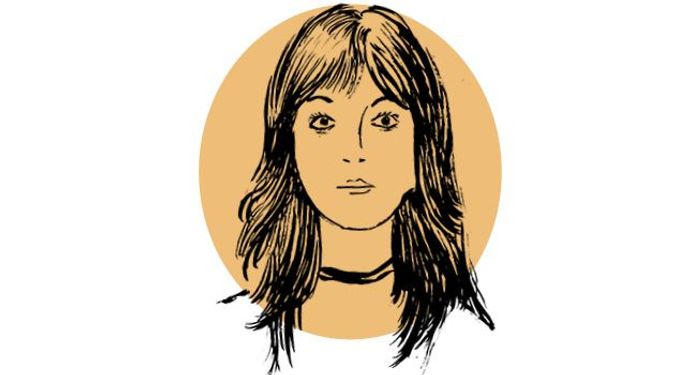 This wig ranges from 19 to 26 inches in length. These long, bouncy and glamorous sheitels are manufactured and styled to resemble one’s own hair, and may cost upward of $3,000. They are worn by Modern Orthodox and young Lubavitch women. These wigs are also popular among ex-Hasidic women who reject the modesty stringencies of their Hasidic communities, yet remain Orthodox and self-identify as “modern Hasidic.” 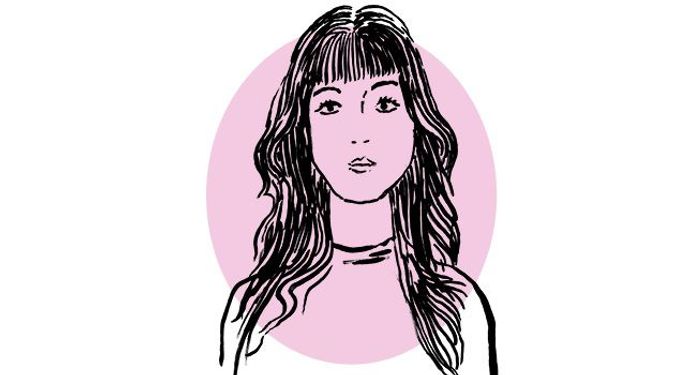 A fall is a wig that is worn a few inches past the hairline, leaving several inches of one’s natural hair exposed. (This style is permitted because of a 20th century rabbinical ruling.) The fall can be cut to varying lengths, but it’s typically worn 18 to 26 inches long. The wig hairline may be concealed with a headband or a hat, or by pulling out a chunk of real hair and pinning or brushing it away from the face, so as to blend it in with the rest of the wig. A fall is the most modern wig. 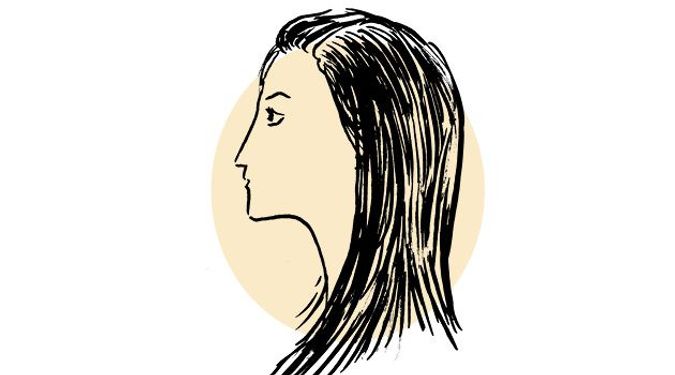