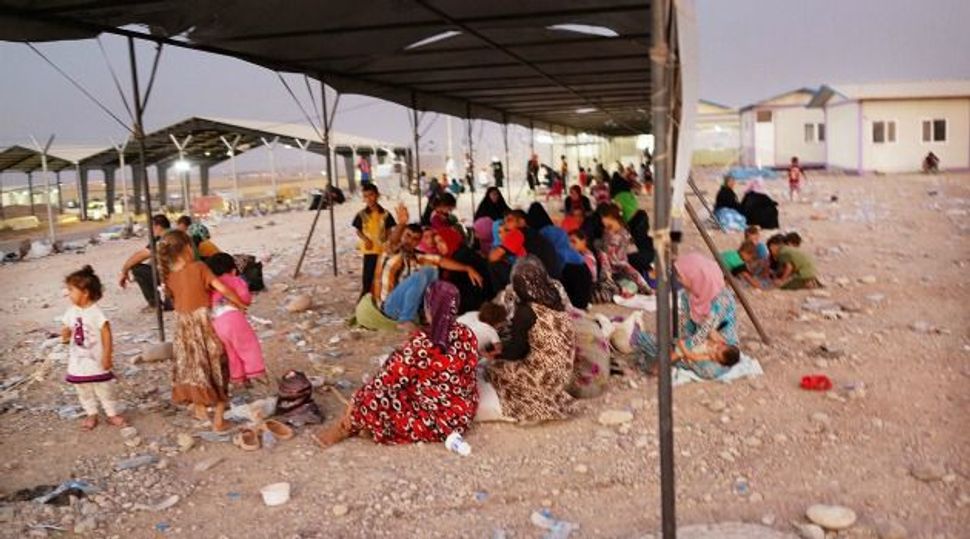 An employee of the Dutch Justice Ministry said the jihadist group ISIS was created by Zionists seeking to give Islam a bad reputation.

Yasmina Haifi, a project leader at the ministry’s National Cyber Security Center, made the assertion Wednesday on Twitter, the De Telegraaf daily reported.

“ISIS has nothing to do with Islam. It’s part of a plan by Zionists who are deliberately trying to blacken Islam’s name,” wrote Haifi, who described herself on the social network LinkedIn as an activist for the Dutch Labor party, or PvdA.

She later removed her original message, explaining, “I realize the political sensitivity in connection with my work. That was not my intention.”

Two right-wing lawmakers have asked the ministry how a person with such views reached a prominent position within the ministry. The lawmakers, Joram van Klaveren and Louis Bontes of the VNL faction, asked whether the minister thought Haifi’s employment constituted a security risk.

ISIS, which is considered a terrorist organization in many Western countries, has been in the news in the Netherlands because of a series of pro-ISIS demonstrations in the Hague in July and earlier this month. Some demonstrators called for violence.

Two of the demonstrations, on July 2 and 24, featured calls to kill Jews. When anti-ISIS demonstrators tried to march through the heavily-Muslim neighborhood of Schilderswijk on August 10 to express their disapproval, a crowd of approximately 200 men barricaded the neighborhood’s main street and staged an illegal counter-demonstration in support of ISIS.

When riot police tried to remove the obstacles, some of the local protesters hurled stones at them. Six people were arrested.