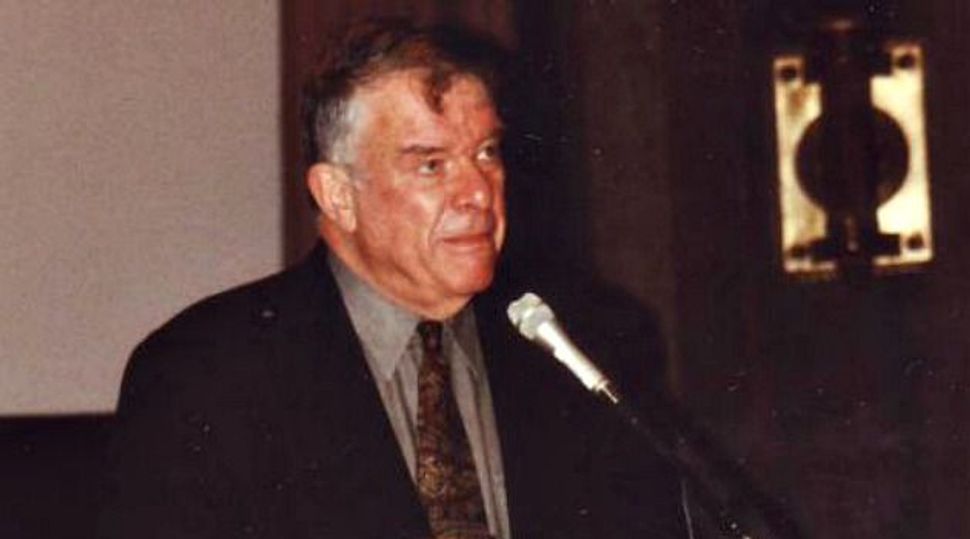 “There are two kinds of Jews in the world.

“There is the kind of Jew who detests war and violence, who believes that fighting is not ‘the Jewish way,’ who willingly accepts that Jews have their own and higher standards of behavior. And not just that we have them, but that those standards are our lifeblood, are what we are about.

“And there is the kind of Jew who thinks we have been passive long enough, who is convinced that it is time for us to strike back at our enemies, to reject once and for all the role of victim, who willingly accepts that Jews cannot afford to depend on favors, that we must be tough and strong.

“And the trouble is, most of us are both kinds of Jew.”

The passage above, from Leonard Fein’s “Days of Awe,” appeared in the September 1982 issue of Moment, written after most of the fighting in the (First) Lebanon War had subsided. It is testimony to Leibel’s wisdom, and to his moral prescience. And more important, it reflects his insightful — and inspiring — rejection of forced dualism: the premise that one must choose, as above, between Jewish assertiveness and Jewish compassion, or — his constant theme — between tribalism and universalism. He melded dispassionate academic rigor and engaged social action.

Leibel’s life, thought and action did not so much shatter these and other divisions, or even bridge them; rather, he fused them. It is not merely that the terms “secular” and “religious” apply equally well to Leibel’s ultimate beliefs; rather, both are necessary descriptors for the Jew who is fiercely religiously secular, one who professes not quite to believe in the God, the Jew about whom Leibel wrote almost obsessively and the Jew whom we suspect was Leibel himself.

Leibel was the life-long Jewish social justice activist who (in 2013) could write with conviction, “Social Justice Does Not Need God.” At the same time, of the 1,570 (!) of Leibel’s writings in the “Leonard Fein Collection” in the Berman Jewish Policy Archive @ NYU Wagner, 424 contain references to the God in Whom social justice activists need not believe. Leibel, known for his bons mots, often remarked, “All of Jewish theology may be summed up in the following: ‘If there is one, there’s only one.’”

But nowhere was Leibel’s rejection of false dualism as courageous, influential and important as in his absolute identification of his pro-Israel Zionism, with his incessant and trenchant criticism of the policies of the Israeli government and polity. Let us not forget that this Hebrew- (and Yiddish-) speaking son of the Habonim movement first visited Israel in his teen years and returned innumerable times. Parts of his extended family live in Israel (including an individual high up in Israel’s security establishment), as does his best friend, whose friendship extends back to 1951.

At the same time, this Lover of Zion, this secular activist Jew who (in the words of the Psalmist) never forgot Jerusalem and always “set Jerusalem above [his] highest joy,” wrote voluminously in order to bring tikun (repair) to what he saw as the Israeli government’s politically counter-productive and morally misguided policies. Of those 1,570 items in our archive, 1,170 in some way concern Israel. And for a flavor of his thinking, ponder the titles of some of his most recent contributions (most of which appeared in the Forward): Which Side Has No One To Talk To? The Israeli Rejection of a Two State Solution; Israel Continues To Erase the Green Line; Israel’s Heartbreaking Policy to African Asylum-Seekers (all within the last 12 months — and there’s more!).

These critical views of Israeli policy are the core expression of Leibel’s love of Israel. They are a version not of “Israel, but,” but of “Israel, because.”

The key to Leibel’s thinking here, and so much elsewhere, emerges in Chapter 9 of his 1988 book “Where Are We? The Inner Life of America’s Jews.” Titled “Particularism and Universalism: The Synthesis,” Leibel’s magnificent (and under-noted) chapter contains the following enduringly instructive lines:

On a very personal note, if I may be allowed: Leibel was the last surviving mentor in my life, one who has instructed and befriended me since he asked me to work for and with him in the summer of 1969. And my personal loss is shared by innumerable other mentees, generations of thinkers, activists and others who learned from him and were touched by him.

Our appreciation for his vast contribution only magnifies our sense of loss. May his memory be for a blessing, as it surely will.

Steven M. Cohen is a research professor at Hebrew Union College-Jewish Institute of Religion and director of the Berman Jewish Policy Archive @ NYU Wagner, home of ”The Leibel Fein Collection.”