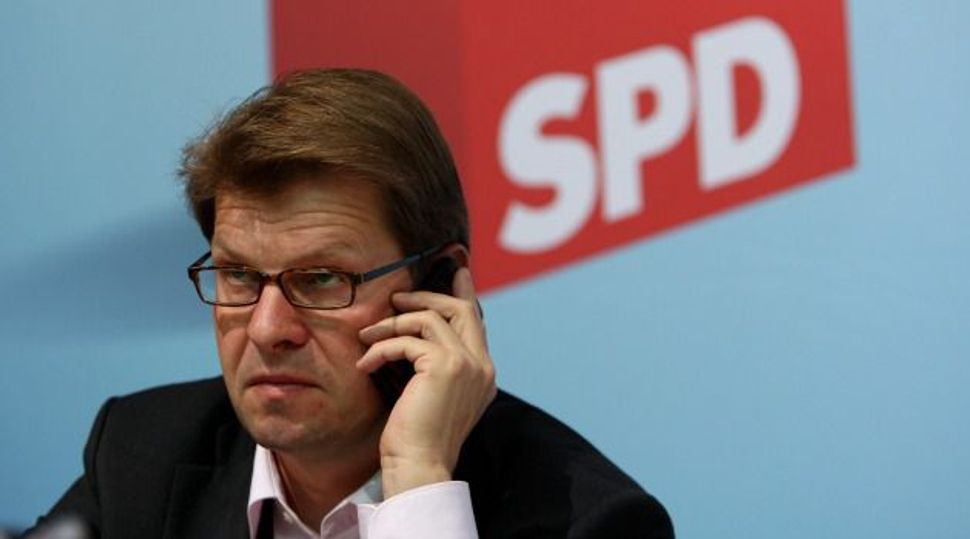 The top politician in Germany’s main opposition party has come under fire for questioning Germany’s military commitment to Israel.

Ralf Stegner, vice chair of the Social Democratic Party, also told the German newspaper Welt am Sonntag in an interview published Sunday said Germany should reconsider its armaments exports to Israel and should never deliver weapons to areas of tension and dictatorships. He questioned German support for Qatar, Saudi Arabia and Israel.

His remarks were published as a submarine built for Israel in Germany left the shipyard and headed for the Israeli Navy’s Haifa base; it is expected to arrive later this month. The sub is the fourth purchased from Germany.

The German-made submarines can carry very long-range cruise missiles that can be equipped with nuclear warheads, according to reports.

The American Jewish Committee’s Berlin office in a statement released Monday called on the Social Democratic Party to clarify its position toward Israel.

“Given the upcoming 50th anniversary of the start of diplomatic relations between Germany and Israel, it is particularly strange that Ralf Stegner would put the German-Israeli relationship to the test in such a basic way,” Deidre Berger, head of the AJC Berlin office, said in the statement.