Is Yeshivah of Flatbush ‘Predatory’ In Its Scrutiny of Girls’ Attire? 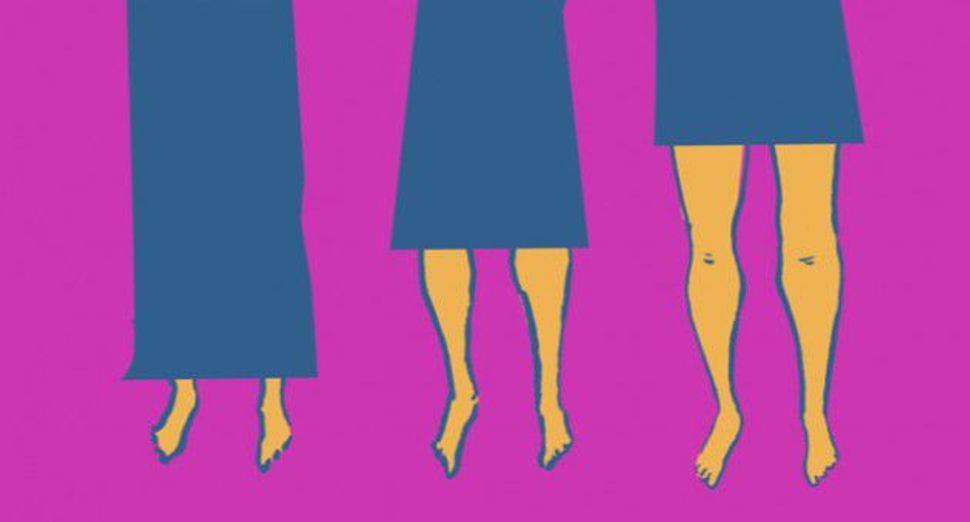 (JTA) — For years, Melissa Duchan had found the dress code for girls at her Orthodox school in Brooklyn, the Yeshivah of Flatbush, onerous.

But it wasn’t until recently that Duchan, 16, felt that scrutiny of female students had crossed the line from irritating to what she called “predatory.”

Though girls by and large were adhering to a new rule requiring longer skirts — introduced at a school assembly dedicated to attire, Duchan said — they were being called out for skirts deemed too tight, shirts judged as too revealing or sleeves ruled too short.

Fed up, Duchan, a senior, penned a letter to the Flatbush staff.

“Girls are ambushed almost daily, while a boy is rarely seen getting chastised for his clothing. This inequality exposes the misogyny underlying the rules,” she wrote. “This predatory culture is counterproductive. It causes negative associations with the concept of modesty and makes girls feel hunted.”

Though Duchan posted the letter on a private Facebook group, it spread quickly online, striking a chord with those who believe that the Jewish value of tzniut, or modesty, too often is used by men and those in power to bully women — or worse.

“I find the obsessive focus on what girls wear unhealthy and frankly creepy,” Miriam Shaviv, an Orthodox Jewish parent in London wrote on Facebook. “It creates a society every bit as sexually obsessive as the one we are supposedly trying to be different to. I do not want my daughters reduced to the length of their skirts!”

Many day schools have dress codes, and it’s common for Orthodox high schools to require girls to wear skirts.

The Yeshivah of Flatbush, known for its large population of Syrian-Jewish students, is one of a number of modern Orthodox day schools in the New York area that draws students from a diverse range of religious backgrounds. Some male students do not wear kippahs outside of school, and most of the girls wear pants or shorts when they’re home.

After her letter was posted, Duchan said she was inundated with expressions of support from fellow students, parents and even some sympathetic school staff. Though Duchan did not sign her missive, the document’s link to her Google Drive account made Duchan’s authorship clear.

On Wednesday, Duchan said she was summoned to the office of Flatbush’s associate principal, Sari Bacon. According to Duchan, Bacon and a guidance counselor talked with her as if she had “personal issues” rather than treating the letter as an act of protest.

Duchan noted to JTA that every morning when the students walk into school, two non-Jewish women stand at the entryway scrutinizing students for dress code violations.

School administrators reached by JTA declined to be interviewed for this story, though Bacon called Duchan a “wonderful girl.”

The dress code at Flatbush requires boys to wear tzitzit ritual fringes, kippahs, collared shirts and Dockers-style pants. Girls must wear skirts that are midcalf or longer, tops must have necklines that cover the collarbone and are “long enough to cover the middle of the body, even when leaning over or raising one’s hand,” and only one earring per earlobe is permitted.

Orthodox tradition forbids men to look at a woman’s legs and, according to some interpretations, their elbows. By contrast, men may be seen by women wearing nothing but swimming trunks.

Duchan said she is sympathetic to the need for a dress code that reflects the school’s values. But the administration’s approach goes too far, she said perverting what the school ought to be teaching and stoking student resentment.

“Every school should have clear priorities; in ours, trivial concerns like a few inches of fabric have superseded more important aspects of the school environment like integrity and respect for others,” Duchan wrote in her letter. “This has created a toxic and tense relationship between administrators and students and has bred widespread resentment and frustration. From our perspective, it appears that the school heads have failed to grasp the basic tenet of education: to learn.”

Is Yeshivah of Flatbush ‘Predatory’ In Its Scrutiny of Girls’ Attire?