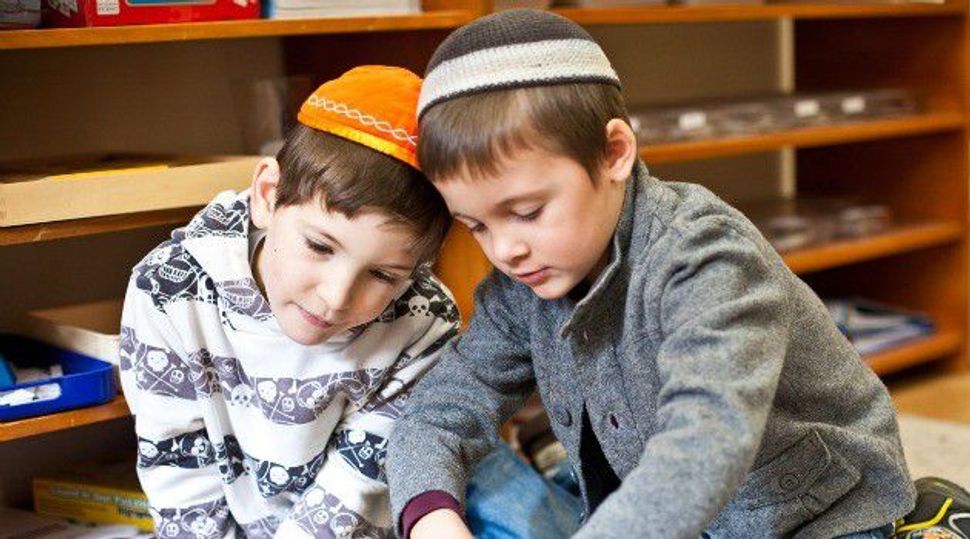 Called “Pre-K for All,” the new program offers free schooling to over 50,000 New York City children and is a signature achievement for Mayor Bill de Blasio.

In May, the mayor said that he had conceived of the program with Orthodox yeshivas in mind. But tensions between Orthodox leaders and the mayor’s office have strained the process, with some assailing the mayor’s office for what they call a lack of flexibility.

According to the mayor’s office, schools with a Jewish affiliation are contracted to offer 1,300 full-day pre-k seats through the program. Another 700 half-day seats are also contracted.

But Orthodox communal leaders, who have been complaining about the number of hours of secular instruction the program requires, see those numbers as quite low — a result they blame on the city’s demands.

“I think the numbers reflect the dearth of usage by a majority of Jewish day schools in the city,” said Maury Litwack, director of state political affairs and outreach for the Orthodox Union’s Advocacy Center.

Political operatives with the O.U. complained for months leading up to the rollout that the six hours and 20 minutes per day of secular instruction required by the city’s pre-k program wouldn’t allow time for religious subjects. The operatives now say that the city’s unwillingness to decrease the time requirement led many of their schools to skip signing up.

Yet one head of school who chose to participate in the program is praising the mayor’s effort. “It’s going very well,” said Henry Somers, head of school at the East Midwood Hebrew Day School, a Brooklyn Jewish school that belongs to the Conservative movement’s Schechter Day School Network.

Somers’s school has a contract for 34 full-day pre-k, seats; only two remain vacant a few weeks into the school year. “It can work, but you have to work at it, and you have to do a lot of planning before,” Somers said of the pre-k program. The school has added an extra 20 minutes at the beginning of the school day and an extra 40 minutes at the end to fit in religious instruction, brining the entire pre-k day to seven hours and 20 minutes.

The school made other changes to meet the city’s requirements, like clearing the pre-k rooms of religious symbols. It also made changes to the school’s music program, which previously taught religious holiday songs.

“We have to be careful,” Somers said.

Restrictions on the display of religious symbols at the city-funded pre-k sites are outlined in a guidance document issued by the city over the summer. The document allows religious schools to “give preference to job applicants of the same religion” and to keep mezuzas on the doorposts. It does not allow staff-led prayers or blessings over the meals.

Some Orthodox schools may meet the city’s length-of-day requirements by holding classes on Sundays. A spokesman for the mayor’s office cited the city readiness to accept Sunday school hours as evidence of its flexibility. Another accommodation, he said, was the city’s willingness to allow teachers to hold mandated professional development days before the school year started. “We were happy to assist and draft guidance there on how organizations could handle that,” said Wiley Norvell, the spokesman.

“We have more organizations participating, we have more seats available, than ever before,” he said.

Norvell strongly denied charges, made by an unnamed source in a story in the New York Jewish Week, that the city’s Department of Education didn’t have adequate staff to monitor compliance with the program’s regulations at Yiddish-speaking schools. “We have a battery of translators and support staff available to assist in the monitoring of programs in which instruction is delivered in multiple languages,” Norvell said. “The notion that such capacity does not exist in the City of New York, which has been monitoring programs for a generation, is a little specious.”