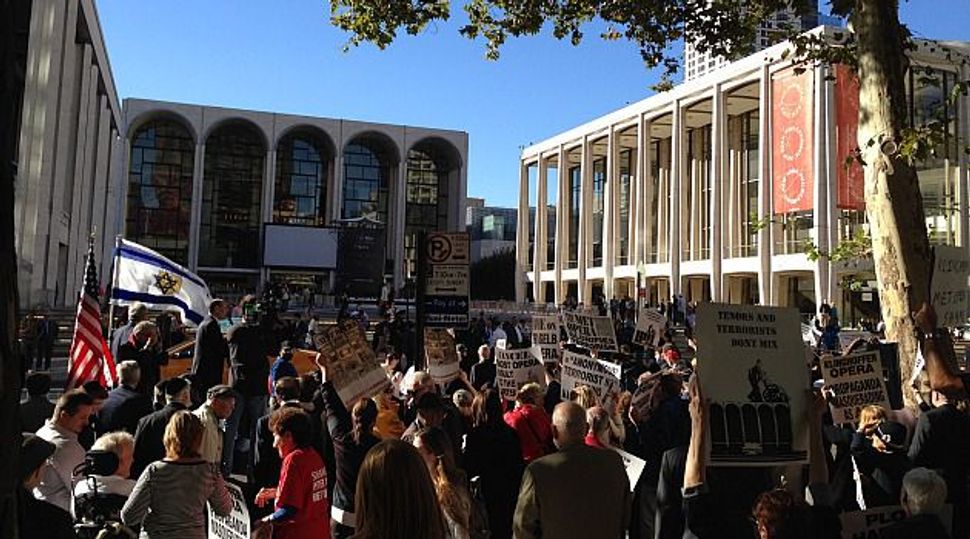 With the Metropolitan Opera’s new season set to open Monday night, protesters are calling for one show to be cancelled.

The opera in question, “The Death of Klinghoffer,” composed by the contemporary American musician John Adams, tells the story of the 1985 Palestinian terrorist hijacking of the Italian cruise ship, Achille Lauro, and the subsequent murder of a disabled Jewish passenger, Leon Klinghoffer.

The opera says the work is art and gives a voice to both sides in the conflict.

A crowd of about 300 Jewish demonstrators outside the Met’s home at Lincoln Center called it anti-Semitic for showing sympathy to the terrorists who killed Klinghoffer.

“I think it’s disgusting that they would show such an offensive opera,” said Maxine Weisenfeld, 17. “I’m all for free speech but this is too far. It’s completely anti-Semitic.”

Mimi Friedman, 86, who escaped Poland with her family to Palestine and immigrated to the U.S. in the 40s, said she wouldn’t consider seeing the opera.

“Why would I see something that’s so vile?” she asked.

Sandy Tenzer planned to withdraw support from the Met in protest, saying: “This is a disgrace.”

The Boston Symphony Orchestra canceled a scheduled performance of the opera, in part because some claim the piece was too sympathetic to Muslim terrorists.

In June, the Met cancelled plans to hold a November simulcast of the opera to cinemas around the world amid fears that it could fan anti-Semitism in the current world climate. Opera officials made the decision after discussions with the Anti-Defamation League.

“The Death of Klinghoffer” is currently scheduled to be performed on select dates from October 20 through November 15. 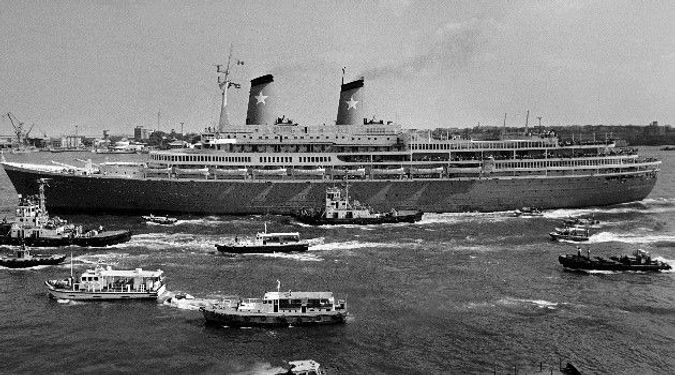 Sympathy for Devils? The Achille Lauro cruise ship was hijacked in 1985, leading to the murder of Jewish American tourist Leon Klinghoffer, who was immortalized in a controversial opera by John Adams. Image by getty images