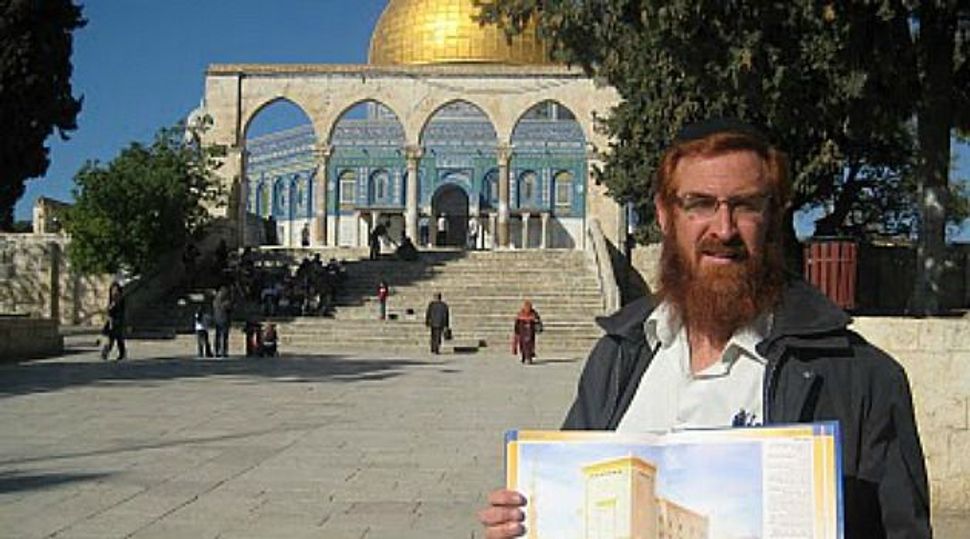 Assassination Attempt? Yehuda Glick, leader of a group that pushes for more Jewish access to the Temple Mount, was shot in an apparent terror attack in Jerusalem. Image by getty images

A prominent right-wing Israeli activist was shot three times and seriously wounded in a drive-by attack outside a controversial Jerusalem conference about the future of the Temple Mount, Haaretz reported.

A gunman on a motorcycle opened fire on Yehuda Glick outside the Menachem Begin Heritage Center in Jerusalem late Wednesday night.

It was not immediately clear whether the shooting was a terrorist act or some other crime. Police said they were investigating.

Glick, who is around 50 and was born in the U.S., was taken to Shaarei Tzedek Hospital for treatment. Hospital director Jonathan Halevy said Glick was in serious but stable condition, undergoing surgery for gunshot wounds in the chest and abdomen.

Glick is head of the Temple Mount Faithful organization, which advocates building a Third Temple on the holy site.

Glick was a speaker at a conference at the center, dealing with Jewish rights at the Temple Mount.

The future of the Temple Mount has become an increasingly explosive topic in recent months.

Right-wing Jews are pushing for more access to the holy site. Muslims adamantly oppose any change in their control over the site, which includes the al Aqsa mosque.

“What happened tonight is the attempted murder of (our)organization head, Yehuda Glick,” Feiglin said. He said he had seen Glick shot at close range several times by a man who spoke to him in Arabic-accented Hebrew before opening fire.

“This is a very serious incident,” Jerusalem Mayor Nir Barkat said at the scene of the shooting. “We will hold those responsible fully accountable.”

While the Old City compound is ultimately administered by Jordanian religious authorities, Israeli and Palestinian police secure it. Non-Muslims are allowed to visit under close monitoring but are not allowed to pray, a prohibition at the heart of the tensions.

Palestinians fear the increasing Jewish visits, along with the moving-in of dozens of Israeli settlers to homes in a crowded Arab district in the shadow of the holy compound, aim to deepen Israel’s claim to the city as its eternal and indivisible capital.

Netanyahu has promised repeatedly that the “status quo” governing Jerusalem’s holiest site is not about to change, though his reassurances have not eased Palestinian fears.