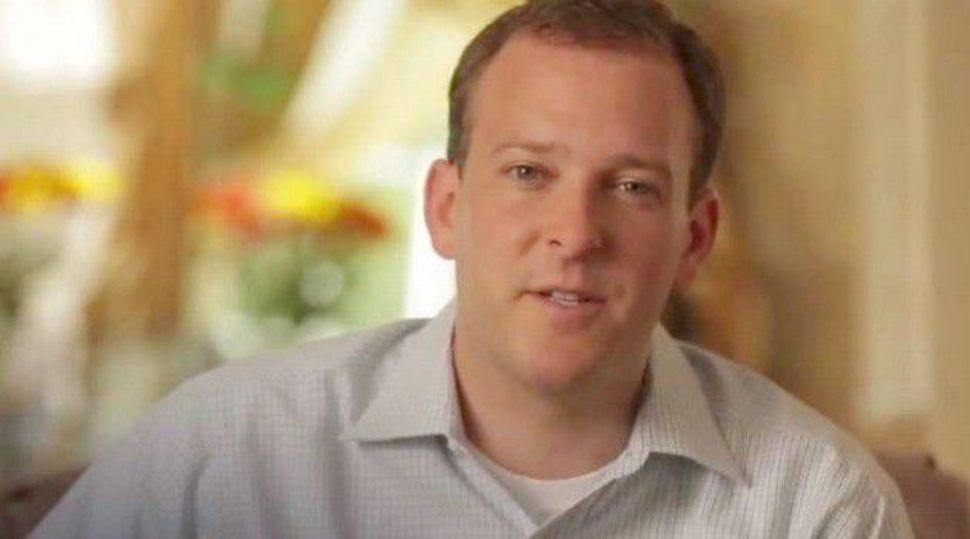 Image by lee zeldin for congress

(JTA) — Republicans swept to control of the United States Senate as well as winning dramatic races for fresh faces with close Jewish and pro-Israel ties.

In Long Island, Lee Zeldin, a state senator, was set to become the sole Jewish Republican in Congress, ending a short drought that commenced with the defeat of Rep. Eric Cantor in the Republican primary in June.

As of 11:45 pm eastern time Tuesday, Republicans were projected to pick up seven Senate seats, one more than the six they need to win control of the upper chamber. Sen. Mitch McConnell (R-Ky.), the Senate minority leader who handily beat back a challenge from Alison Lundergan Grimes, spoke in his victory speech as if he was ready to lead the Senate.

“Friends, this experiment in big government has lasted long enough,” he said, alluding to Republican claims that President Obama overreached with his signature health care reform. “It is time to go in a new direction. It is time to turn this country around.”

As of late Tuesday, two other Jewish House candidates had come up short, while the two Jewish senators up for reelection both kept their seats.

Jack Moline, who directs the National Jewish Democratic Council, said the Democratic defeats in the sixth year of Barack Obama’s presidency demonstrated a frustration with gridlock.

“Results produce results,” Moline told JTA. “For whatever reason, and I would attribute it to the obstinacy of Republicans in Congress, the president hasn’t been able to accomplish what he wants to accomplish.”

Matthew Brooks, the director of the Republican Jewish Coalition, agreed that the election was a referendum on Obama’s inability to get results.

“The Republicans have made significant gains and the American people have clearly spoken and clearly want a different direction for the country.” he said. Brooks predicted early action on Iran in the next congressional session. The current majority leader, Sen. Harry Reid (D-Nev.), has been able to head off GOP bids to intensify sanctions against the Islamic Republic, which the Obama administration opposes while negotiations are underway to reach a long-term deal over the country’s nuclear program.

“Obama is going to have real tsuris because he won’t have Harry Reid to block and tackle for him,” Brooks said, using the Yiddish word for “troubles.” Brooks’ RJC congratulated the national party and noted its own role in bringing about the gains.

“Our members contributed and raised millions of dollars for campaigns around the country,” its statement said. The RJC political action committee “made significant contributions to critical races,” it said. “And our grassroots events energized our members to participate in get-out-the-vote efforts.”

Moline also faulted Democrats and his own organization for ignoring Jewish voters in key states, including Georgia and Virginia. In Virginia, Sen. Mark Warner (D-Va.) faced an unexpectedly strong challenge from Ed Gillespie. In Georgia, Michelle Nunn, the daughter of the long-serving Democratic senator Sam Nunn, was defeated by Republican David Perdue.

“There are more Jewish voters in Georgia than in Michigan,” Moline said. “There was a tremendous effort to turn out Latinos and African Americans, but very little effort for Jewish voters.”

There were some wins for candidates with unusual Jewish community ties. Sen. Tim Scott (R-S.C.), named by the state’s governor to the seat in 2013 after Jim DeMint retired, was elected outright, remaining the only African American Republican in the Senate. He is close to Nick Muzin, an Orthodox Jew who formerly served as his chief of staff and who now advises Sen. Ted Cruz (R-Texas) a likely candidate for the GOP presidential nod in 2016.

In Pennsylvania, Democrats scored a rare win, picking up the governor’s mansion. Tom Wolf, the victor, is close to the small Jewish community in his native York, Pa. and is a major contributor to the local Jewish community center.