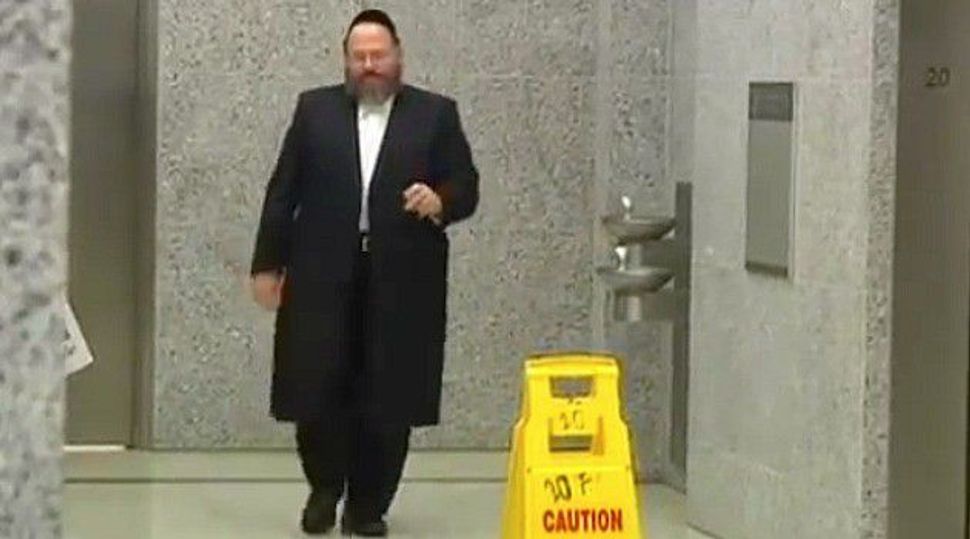 One of the men arrested in a $20 million Satmar family mortgage fraud conspiracy is the same man who was convicted of trying to intimidate a witness against notorious Hasidic sex abuser Nechemya Weberman, the Forward has learned.

Abraham Rubin is fresh out of prison after serving three months for trying to bribe into not testifying against Weberman, an unlicensed counselor who was convicted in 2012 of repeatedly abusing a teenage girl in his care.

Rubin was arrested November 13 along with 14 of his family members and associates in a sprawling mortgage and public fraud conspiracy. He now faces up to 35 years in prison.

Rubin admitted in August 2013 to having offered $500,000 to Deutsch to have his wife drop her case. Prosecutors claimed that Rubin had suggested that the couple flee to Israel. Deutsch declined the bribe. Rubin was sentenced to four months in prison at a hearing in January 2014 for the attempted payoff. He was reportedly released in late March.

According to the latest indictment, Abraham Rubin, his brothers, and other family members conspired between 2004 and 2014 to obtain mortgages using false information, then default on most of the loans.

“As alleged, the scheme carried out by the Rubins and others ripped off banks, welfare programs, and taxpayers,” U.S. Attorney Preet Bharara said in a statement.