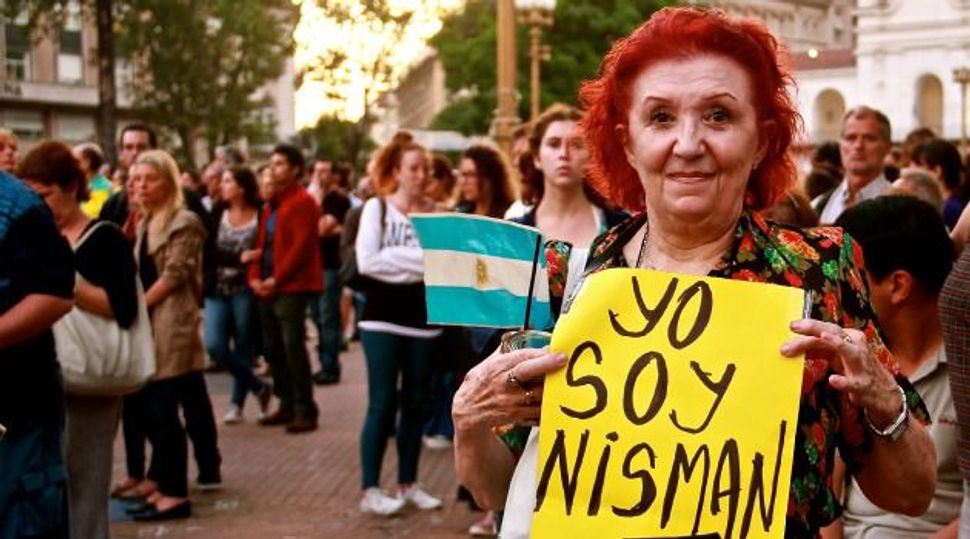 Banging pots and pans, thousands of angry protesters, including many Jews, descended on the Plaza de Mayo square in front of Argentina’s presidential palace on January 19.

With signs reading, “Yo Soy Nisman” (I Am Nisman), they came to mourn Alberto Nisman, a Jewish prosecutor whose sudden and mysterious death a day earlier was officially ruled a suicide.

They also demanded that someone resurrect Nisman’s dream to win justice for the 85 souls who died in the 1994 terror bombing of the AMIA Jewish Community Center, which the prosecutor claimed was covered up by President Cristina Fernandez de Kirchner and her administration.

“I don’t have faith in justice in Argentina for a simple reason: It has been more than 20 years that there has been an attack on the AMIA and we have never found any culprit,” said Horacio Sherem, a rabbi in Buenos Aires in the Beit Shalom community. “In France, they found the perpetrators a few hours after the attack [on Charlie Hebdo].”

“The executive power is consolidating its dictatorship,” added Luciano Florio, a student in the Marshall Meyer rabbinical school in Buenos Aires. “The judicial system cannot work independently when prosecutors are being killed.”

Leaders of Argentina’s Jewish community — at 200,000, the largest in Latin America — quickly expressed their dismay on social and mainstream media.

“Nisman …. victim 86 of the AMIA bombing,” tweeted Sergio Bergman, a prominent Argentine rabbi, January 19. “Our pain and repudiation will translate into more memory, truth and justice!”

The two main Jewish organizations in Argentina, the AMIA and the Delegation of Argentine Israelite Associations, expressed sorrow for Nisman’s family. AMIA demanded “the complete clarification of the causes of his death” in an official statement.

Julio Schlosser, a leader in the Jewish community, called it a “disastrous day of mourning, of consternation.”

“This death is like another bomb,” she said. “It’s a death sentence for truth and justice in the AMIA case.”

The body of Nisman, 51, a divorced father of two, was found in his apartment Sunday, January 18, with a 22-caliber pistol and a spent cartridge next to his body.

The sudden death came just days before the prosecutor was expected to bare evidence in the bombing case against top Argentine officials, including and Foreign Minister Hector Timerman, who is also Jewish.

He even suggested days earlier that “I could end up dead because of this,” in an interview published in an opposition-leaning paper.

Officials quickly declared Nisman’s death a suicide, although a prosecutor, Viviana Fein, conceded it was possible that someone forced Nisman to kill himself. No gunpowder residue was found on Nisman’s hands, although the prosecutor said that was not unusual in suicides. There was no suicide note. 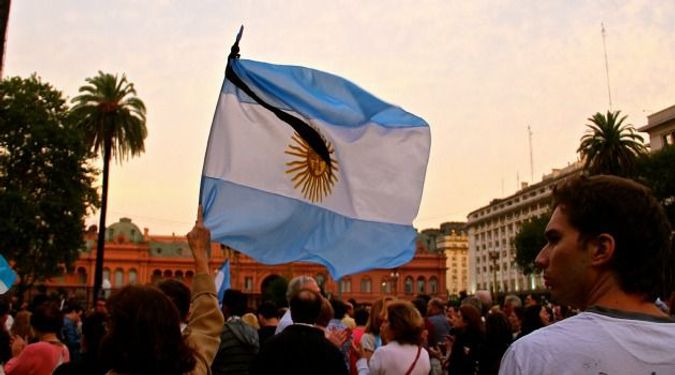 Although the spy thriller story of Nisman’s unexplained death exploded on the world’s front pages this week, the stage for the drama was set years earlier.

Nisman had spent a decade delving into the AMIA terrorist attack, which is the deadliest single attack on Jews in the Diaspora since World War II. Previous efforts had led nowhere in bringing the terrorists to justice in that case or in a 1992 bombing of the Israeli Embassy in Buenos Aires that killed 29.

During a 2009 visit to New York, Nisman said, it was highly unlikely that Iran would ever submit suspects for trial, but the move could bring some closure to the families of the AMIA bombing victims.

“I’m following the wishes of relatives and looking for a way to get them some closure,” Nisman said through a translator. “I cannot give up on ways of trying to get justice.”

In 2013, when Argentina and Iran signed a joint memorandum of understanding to investigate the bombing, Nisman and Jewish community leaders in Argentina and abroad decried the deal as a farce. Many were particularly incensed that Hector Timerman, whose father, Jacobo Timerman, had been a well-respected human rights activist, negotiated the deal. The governments of Israel and the United States also denounced the deal.

Nisman issued a 300-page report indicting the Argentine and Iranian regimes for the AMIA attack. He argued that the Argentine government had a “secret pact” to cover up Iranian suspects so that the South American nation could swap grain for Iranian oil.

Last week, Nisman said that the president had secretive talks with Iranian leaders, including one of the men suspected of carrying out the AMIA attack.

Patricia Bullrich, an Argentine opposition leader, said that the prosecutor told her a week before his “suicide” that he had received death threats. 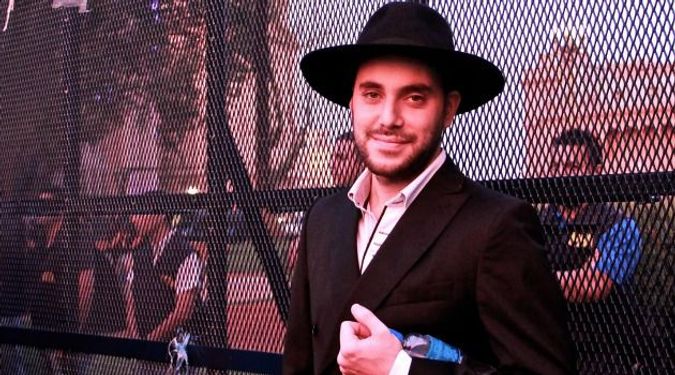 Adding to the Hollywood nature of his death, the Argentina Ministry of Security could not provide details on where the 10 federal police officers assigned to protect Nisman were posted when he died.

On Sunday, January 18, the guards assigned to protect Nisman said they hadn’t been able to reach him by telephone, and his newspaper still lay untouched outside his apartment door. His mother was called and came with her spare key, but the lock was jammed, with the key stuck in the other side. After a locksmith opened the door, Nisman’s body was found in the bathroom.

Jorge Kirszenbaum, a former president of the DAIA, said a cousin of Nisman who visited the crime scene found a note to the house maid with the following day’s tasks spelled out — hardly the behavior of a suicidal man.

Amid the swirling questions, there is suspicion from a broad swathe of Argentines about the government claim that Nisman died at his own hand.

They say the government has sought to undermine the judicial investigation of the AMIA bombing, which could hurt ties to Iran. Those ties are seen as important to keep Argentina’s struggling economy afloat amid a crisis that includes shortages of basic items.

“It has been more than 10 years that I am upset,” said Marta, a retired actor and singer. Like many protesters, she would not give her last name. “This is an induced, assisted suicide. I don’t know if this is a crime, but for me, the intelligence services are responsible for Nisman’s death.”

Protesters also lambasted what they claim is rampant corruption of the Fernandez administration. Voices were hoarse from shouting “Que se vayan todos” (“They should all go away” in Spanish).

Around the Plaza de Mayo square, people clapped rhythmically and banged pots, an act that reminds Argentines of the large anti-government street demonstrations of a decade ago.

“We know something happened, because in this country, death is dealt with with impunity, so we are protesting today because we want the response of the government to clarify the situation,” said Josephina, an Argentine Jewish woman who owns an events management company. 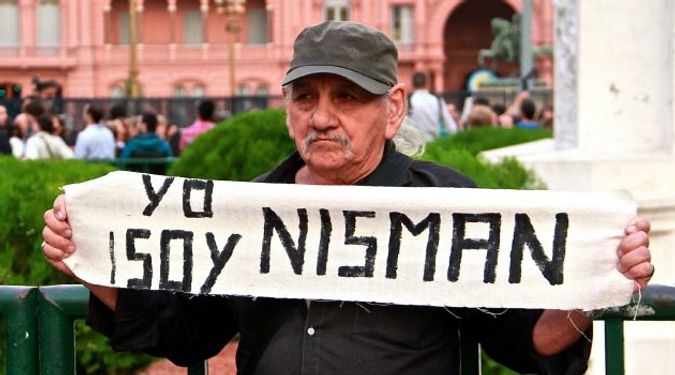 “Nisman’s assassination is due to political reasons because he was investigating the government and the AMIA case,” said Yossi, a rabbi in Buenos Aires. “The government has been defending terrorists, and this is worrisome.”

“The Jewish community of Argentina needs to remain united and aims to get justice,” said Mario, a Jewish Argentine man who works in the textile industry in Buenos Aires. “Terrorism is not a problem only Jews face. The whole world is facing it.”

Reflecting the majority sentiment in Argentina, the hashtags #MuerteDeNisman (Death of Nisman) and #CFKAsesina, a mash-up of Fernandez’s initials and the Spanish word for “assassin,” were trending on Twitter worldwide on January 19 and 20.

In a nod to the widespread anger in the streets, even Fernandez addressed the issue of Nisman’s death on her Facebook page. She also ordered the declassification of information related to the AMIA bombing probe demanded by Nisman.

Perhaps answering her own question, Fernandez asked, “What led a person to make the terrible decision to take his life?”

With reporting from JTA