Has Real Site of Jesus’s Trial Been Uncovered in Jerusalem? 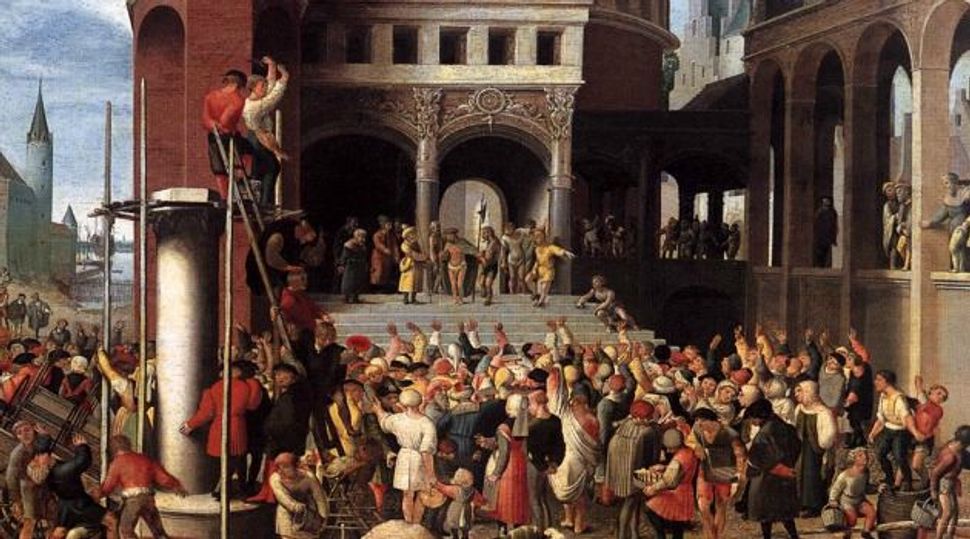 In the 1830s, the Egyptian governor of Palestine, Ibrahim Pasha, built a police station near Jerusalem’s Jaffa Gate — just one step needed to put down the Peasants’ Revolt of 1834. Like many buildings in the Old City, this structure has maintained its original purpose; the Ottomans, British, Jordanians and Israelis have all used it as a police station and a prison, the Kishle prison.

Fourteen years ago, as part of a plan to turn the building into an archaeological museum for children — part of the Tower of David Museum — a special dig was launched. The building itself revealed graffiti left by prisoners from the Irgun prestate underground, also known as the Etzel. The scrawlings include the Irgun’s emblem and the name of Shmuel Matza, an Irgun member who still lives in Jerusalem.

“I etched these inscriptions into the wall with a fork because they wouldn’t provide us with knives,” Matza told Haaretz last month.

As the archaeologists dug beneath the prison floor, they found artifacts from every period of the city’s history. The excavations revealed that Ibrahim Pasha wasn’t the first to use the hill to keep control over the unruly city. The Crusaders, Muslims, Byzantines, Romans, Hasmoneans, kings of Judea and Herod himself all left behind vestiges of walls or fortresses beneath the floor. 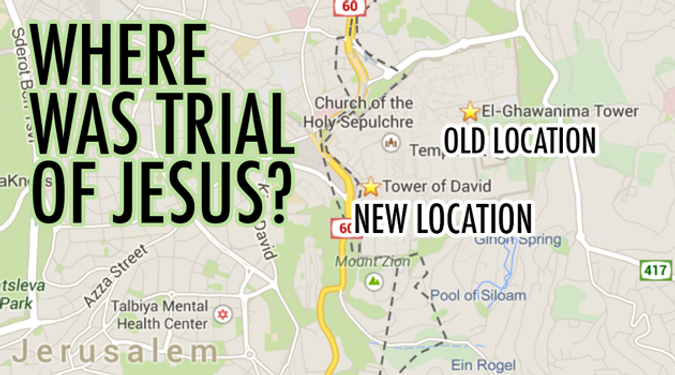 This massive site, closed to the public even after the dig was finished in 2001, was finally opened to visitors about a month ago.

It’s particularly stirring interest among Christian pilgrims; one tradition considers this building the Praetorium, where Jesus was tried in front of Pontius Pilate. This tradition contradicts the view that the Praetorium is in the eastern part of the Old City, where the Via Dolorosa begins.

Will the site now become a pilgrimage site and require a change in the pilgrimage route? It’s too early to tell.

Beneath the curved foundations of Pasha’s building, researchers found pool walls from the Crusader period. A chemical analysis indicated red pigment on the walls, apparently for dying animal skins.

This finding jibes with a description by Benjamin of Tudela, who visited Jerusalem between 1169 and 1172. According to Benjamin, at the foot of the Tower of David lived Jews who dyed animal skins.

Beneath the pools researchers found large retaining walls and a sewage system from the Herodian period that destroyed a wall from the Hasmonean period, which itself was built over the ruins of a wall from the First Temple period — apparently from the period of the Judean kings, the successors of David and Solomon. The plaster on the biblical wall, which dates to the eighth or ninth century B.C.E., is very similar to that found in Hezekiah’s Tunnel in the City of David, which dates to the same period.

The Herodian drainage canal started from Herod’s Palace at the site and ended outside the walls. To this day an opening from the canal leads beyond the Old City wall. The Irgun thought about using the canal to smuggle out prisoners, though it never tried. 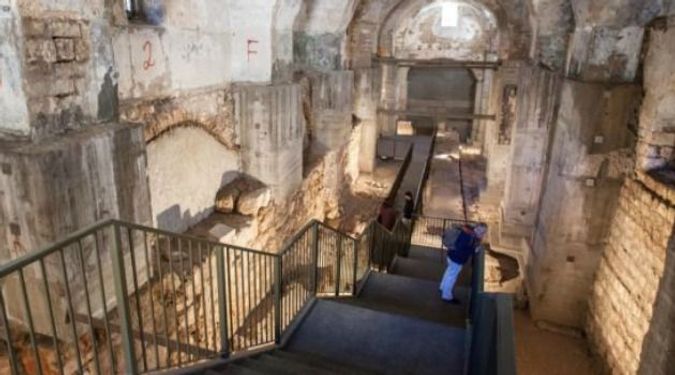 Excavations under the police station near Jaffa Gate, where some archeologists now believe the trial of Jesus took place. Image by Emil Salman/Haaretz

Amit Re’em, an Israel Antiquities Authority archaeologist who worked at the site, believes that the destruction of the Hasmonean wall by Herod was no coincidence.

“There are two explanations why Herod’s builders destroyed the Hasmonean wall,” says Re’em, now the authority’s Jerusalem District archaeologist. “The first is that it was an engineering necessity due to the change in the walls’ angles. The second is a political explanation — that Herod wanted to destroy the walls to symbolize that he was the Hasmoneans’ successor.”

For Christian pilgrims the Herodian wall is the most interesting. Like the walls in the Temple Mount area, these are massive retaining walls that enabled the construction of a citadel on a hill. The palace itself, which was not excavated, is apparently under the center of today’s police station.

Archaeologists believe the Roman procurators of Judea who ruled after Herod used his palace. The same is true of Pontius Pilate — that’s why some archaeologists consider the wall the only known vestige of the site of Jesus’ trial.

Today the site of the trial is considered the Antonia Fortress next to the Lions’ Gate, on the other side of the Old City — the beginning of the Via Dolorosa, along which hundreds of thousands of believers walk each year.

But the Via Dolorosa in its current route is a tradition only going back to the Middle Ages, so the history isn’t clear. Earlier routes passed near Herod’s Palace, so pilgrims may have regarded ruins there as the Praetorium.

For now only groups are allowed to enter the site, though there are plans to open it to the public entirely. The Antiquities Authority and museum also plan to use holograms to help resurrect the ancient buildings.

“This is one of the only places where you can see the archaeological continuum, the entire history of Jerusalem, from the British Mandate back to the First Temple period,” says Re’em. “Here you understand what the Old City is, the archaeological density of the place.”

Has Real Site of Jesus’s Trial Been Uncovered in Jerusalem?