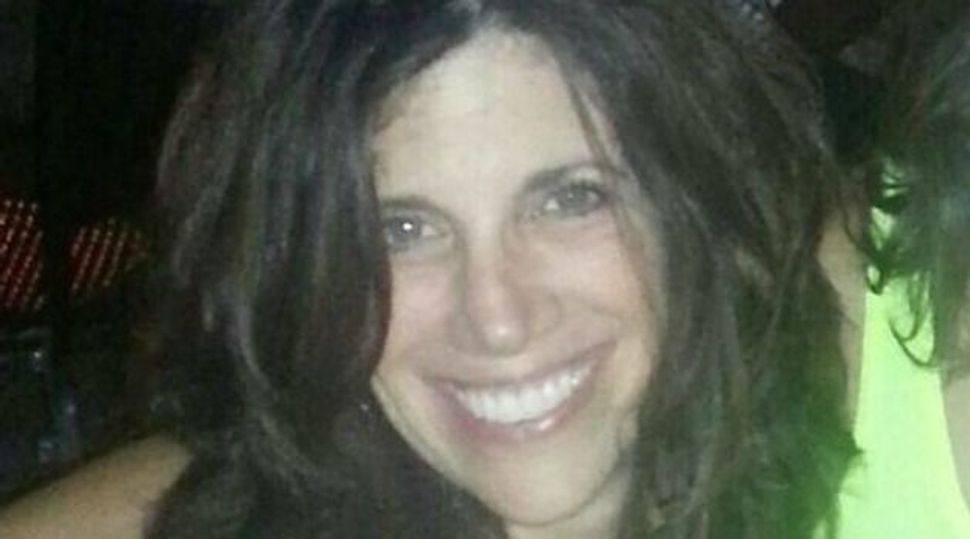 Ellen Brody, a Jewish mother of 3, has been identified as the driver of an SUV at the center of a deadly commuter train crash. Image by facebook

The driver of an SUV at the center of a deadly crash with a New York commuter train has been identified as Ellen Schaeffer Brody, a Jewish mother of three from suburban Scarsdale.

Brody, 49, was the driver whose car became stuck at a railway crossing when a train slammed into the vehicle, killing her and five male passengers on the train.

The mother’s three daughters waited till 1:30 a.m. Wednesday hoping against hope that their mom would return home alive.

Their dad returned with the dreadful news: “She’s gone,” he told them, according to the New York Daily News.

“It was like a nightmare in slow motion,” Virginia Shasha told the paper. “The girls just collapsed and I did my best to comfort them.”

The family was active in Chabad of the Rivertowns, the paper said. Rabbi Benjy Silverman was consoling the bereaved family.

Alan Brody, via Facebook, announced plans for a Friday morning service for his wife at Chabad of the Rivertowns in Dobbs Ferry.

Brody was apparently driving home from her job at a jewelry store when her Mercedes SUV wound up on the tracks in the path of a packed commuter train around 6:30 p.m. Tuesday.

Brody’s employer, Varda Singer of ICD Contemporary Jewelry in Chappaqua, told JTA that Brody “was a real tzaddik.” Brody had worked for about 15 years at the store, which was formerly known as Israeli Jewelry Designs.

“She was a woman who always saw the glass half full, cheerful, an amazing mother with three kids, always helping her husband,” Singer told JTA. “She was selfless. She always put herself last. She really cared more about other people than herself.” 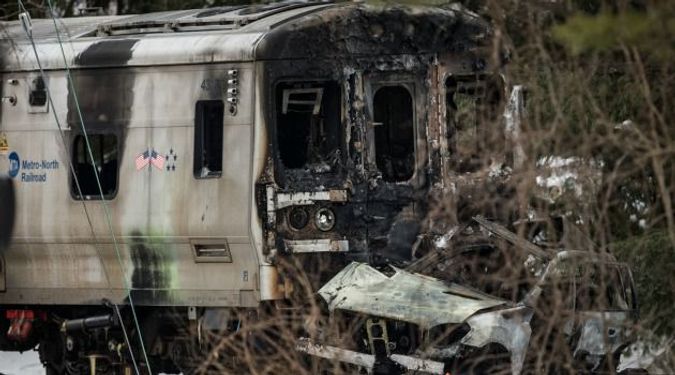 Metro-North train after the crash with a sport utility vehicle. Image by Getty Images

Just last month, two of Brody’s daughters returned home from Birthright trips to Israel, according to Singer. Brody’s friends at the store were preparing to celebrate her 50th birthday together in March, Singer said.

Brody’s husband is a South African immigrant. The family lived in the Edgemont section of Scarsdale. Students at Edgemont High School, where one of the couple’s children attends, were getting counseling and support.

“It’s not just a tragedy for the town. It’s a personal tragedy for me,” Greenburgh Supervisor Paul Feiner told the paper, adding that said he’s known the Brody family for years.

“They are a very prominent Edgemont family,” Bob Bernstein, president of the Edgemont Community Council, told the Journal News. “What a terrible tragedy.”

One of the passengers on the train who was killed was identified as Eric Vandercar, 53, a father of two from Bedford. NBC 4 New York quoted relatives as saying they were meeting with a rabbi.

The New York Times identified another victim as Walter Liedtke, the curator in European paintings for the Metroplitan Museum of Art. The other victims were identified as Joseph Nadol, 42, of New Castle, Robert Dirks of Chappaqua and Tomar Aditya, 41, of Danbury, Connecticut. 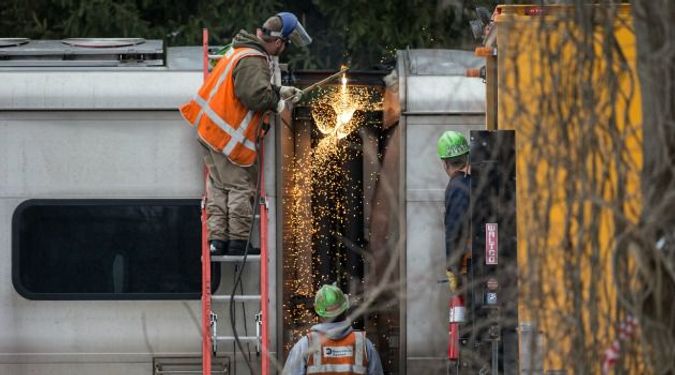 Hundreds of feet of electrified rail skewered the first two carriages of a New York commuter train in a collision with a car at a railroad crossing, a federal investigator said on Wednesday, describing the area’s worst rail crash in decades.

Investigators were focused on why the car was stopped at the crossing near the suburb of White Plains north of New York City before the Metro-North train crashed into it during Tuesday evening’s rush hour, pushing the vehicle about 1,000 feet down the line.

The rail broke into long pieces, penetrating the first train carriage as a fire broke out, apparently fueled by gasoline in the vehicle’s fuel tank, gutted the rail car’s interior, he said. At least one section of the electrified, or “third,” rail also entered the second carriage near its ceiling.

“This third rail is just basically piling up inside that first train car,” Robert Sumwalt, a member of the National Transportation Safety Board (NTSB), said at a news conference ahead of a week of gathering evidence and interviewing witnesses.

Sumwalt said the NTSB expected to release data from the recorder on the train on Thursday.

Five train passengers and the woman who was driving the Mercedes sport utility vehicle that was stuck on the tracks were killed. Investigators said they do not yet have an explanation for how the vehicle, which officials had earlier mistakenly identified as a Jeep, became stuck on the tracks.

Metro-North, run by the state-controlled Metropolitan Transportation Authority, had four high-profile accidents in 2013 that led to a safety assessment by the Federal Railroad Administration (FRA).

In a March 2014 report to the U.S. Congress, the FRA criticized the nation’s second-largest railroad for a “poor safety culture” and “ineffective training.”

“I would be very cautious with trying to draw a nexus with what may have happened with Metro-North in the past and this accident,” he said. 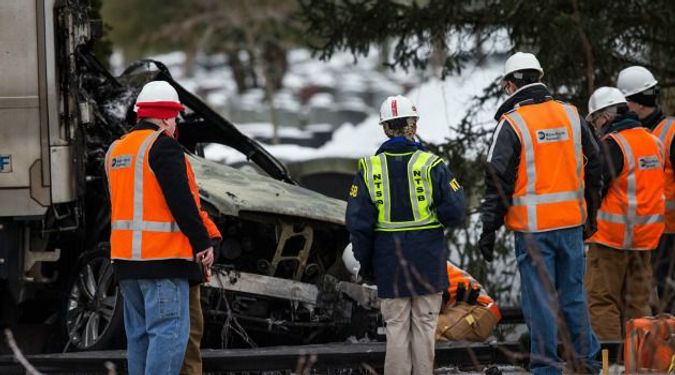 The crash appeared to be the deadliest rail accident in the New York area since March 1982, when nine teenagers in a van were killed when a train crashed into them at a crossing in Mineola.

A Metro-North train derailed near the northern edge of New York City in December 2013, killing four people and injuring 70. In May 2013, two Metro-North passenger trains collided in Connecticut, injuring more than 70.

Some 650 passengers regularly take the 5:44 train, which carries commuters through some of country’s wealthiest suburbs.