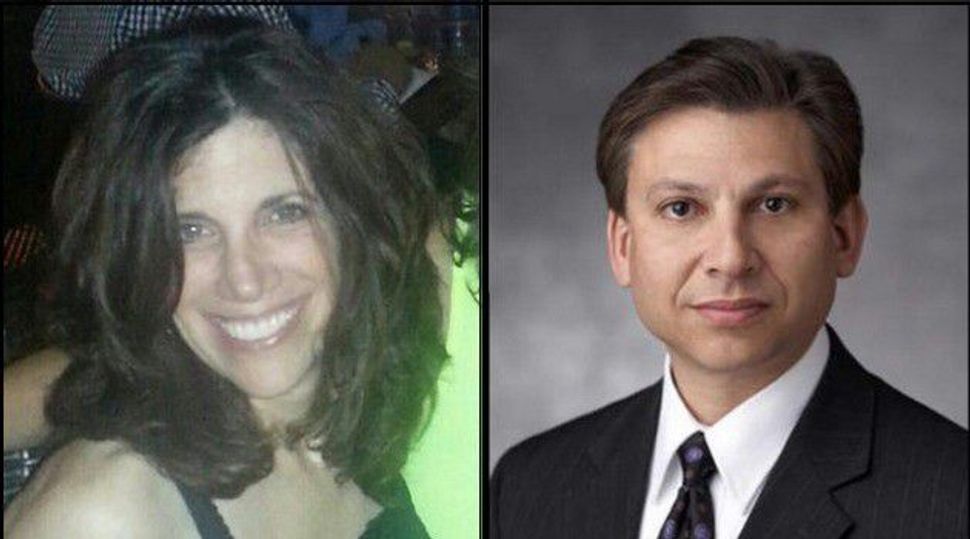 In gut-wrenching ceremonies two hours and 22 miles apart from each other, family and friends said difficult goodbyes on Friday to the mother of one Westchester family and the father of another, both killed in this week’s New York commuter train tragedy.

The question on mourners’ minds, the question many of us ask in these moments of unimaginable grief: Why?

Ellen Brody, 49, and Eric Vandercar, 53, were taken under very different and difficult circumstances when the Metro North commuter train slammed into her SUV and the first car exploded in orange flames at the crossing in suburban Valhalla, N.Y.

Vandercar was in the train car that caught fire when the electrified third rail pierced it. Four other men also were ripped from their families that night.

Brody was the driver behind the wheel of the new Mercedes SUV that got struck by a railroad gate as it descended. Several witnesses have said she had plenty of time to back up or get off the tracks but failed to move.

Why? Publicly, at least, Brody’s role in the rail line’s deadliest incident was not raised inside her beloved Chabad of the Rivertowns in Dobbs Ferry.

She and writer/husband Alan Brody had planned on attending Shabbat dinner there Friday night.

But instead of looking forward to the fellowship of the get-together, Rabbi Benjy Silverman was instead forced to plan what to say to comfort Alan Brody and the couple’s three daughters, Lexi, Jules and Danielle.

“She adored her daughters and husband. She was their biggest fan and supporter,” Silverman reflected.

The Chabad congregation was the center of the family’s spiritual life. The Brodys’ three girls graduated its Hebrew school and all were bat mitzvahed there. And Brody not only believed in preserving Jewish tradition, she walked the walk.

He earlier in the week when she and her husband more then stepped up when a program for young Jews focused on Jewish wedding traditions. She showed up in her original wedding gown; he in his tux.

She had what he could only call “the Ellen smile.”

“One thing we’re all reflecting on is Ellen’s warmth and her positive nature,” Silverman told 1010 WINS radio.

So, too, did her family.

The service was “a celebration of her life. … Everyone said she was upbeat….a very warm, caring, compassionate, kind, giving person,” he said, according to the AP.

The family home is in Scarsdale and Brody was on her way home from her job at a Chappaqua jewelry store when tragedy struck.

Vandercar was eulogized two hours after Brody, at Temple Shaaray Tefila in Mount Kisco, 22 miles away.

A year ago, it was the scene of pride, love and celebration when Vandercar stood proudly by at the bar mitzvah of his son, Jake.

Vandercar was not just a music fan, friends recalled. He was a fanatic who was hooked on live music, recording and trading live shows with others with uber-music zanies.

Among his favorites? Phish, the Spin Doctors, and moe., with whom he shared close ties.

Vandercar worked for JP Morgan Chase for 27 years and left a year ago last month to become senior managing director at Mesirow Financial.

“Eric was not only a pillar in our industry, he was a great partner and friend to many,” the firm said.

A spokesman for Morgan said, “Those of us who worked with Eric for many years at Morgan Stanley are deeply saddened by this tragic loss. Our hearts and prayers go out to his family at this difficult time.”

But when he wasn’t in his Wall Street clothes, he was known on fan sites simply as Taper Eric.

Scott Bernstein, of jambase.com, wrote that Vandercar’s recordings were meticulous and that one of his favorites is of moe. at Saratoga Winners in Cohoes, New York. in 1997.

“It hits so hard that this devoted father and husband was just trying to get home from work after a long day to see his wife (Jill) and kids (Sadie and Jake), when such an unexpected tragedy occurred,” Bernstein wrote. “There are reminders every day about the fragility of life, but this one hits so close to home it’s hard for me to process.”

Above all, Vandercar was dedicated to his family.

“Sometimes accidents just happen and sometimes there’s nothing you can do in terms of design or lessons,” Gov. Andrew Cuomo said after the crash. “It’s just the randomness of life.”