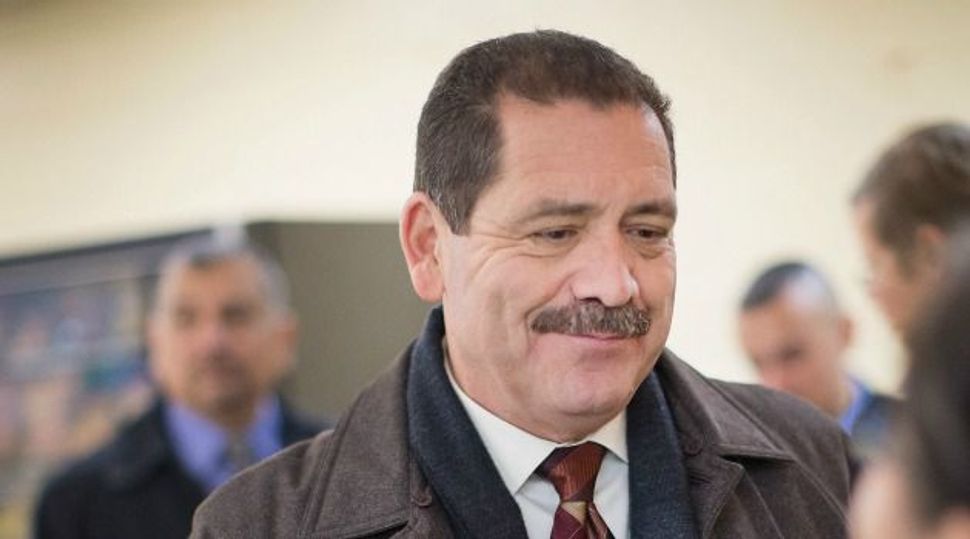 Mayoral underdog Jesus “Chuy” Garcia has a fighting chance in an April runoff election against well-funded incumbent Rahm Emanuel but political insiders say he must broaden his coalition beyond the Hispanic voters and disgruntled teachers who boosted him so far.

Garcia must also persuade tough-minded Chicagoans that he can do a better job than the mayor at keeping trains running and police on the streets as the city’s budget gap balloons past $1 billion.

The sometimes abrasive Emanuel displeased enough voters to help Garcia force the first mayoral runoff since Chicago adopted a non-partisan election format in the mid-1990s. Both candidates are Democrats.

While the mild-mannered Garcia appealed to many in the first round, “Chicago does not need a nice guy. … We need someone who can deal with enormous financial difficulties,” said Paul Green, professor of policy studies at Roosevelt University.

However, Emanuel, once seen as certain to win re-election, is vulnerable after getting substantially less than the 50 percent of votes he needed for an outright win in Tuesday’s first round.

The former White House chief of staff and investment banker will go head to head in the April 7 runoff against Garcia, a county commissioner and former Chicago alderman.

Garcia’s base is in the city’s poorer neighborhoods, and he has to overcome a reputation as being reluctant to slash spending. Emanuel, who did best in the wealthy lakefront on Tuesday, must play down his reputation for arrogance.

No one has unseated a Chicago mayoral incumbent since 1983 when Harold Washington galvanized African American voters and white progressives to oust Jane Byrne and become the city’s first black mayor.

Garcia, 58, worked with Washington in the 1980s. While the issues are different now, he hopes to reproduce some of that campaign’s grass-roots energy. Analysts said Emanuel must take him seriously.

“Last night, the joy and the celebration, Chuy up on the stage, the dancing, reminded me of the night when Harold Washington won,” said political analyst Thom Serafin.

Garcia, whose major backing has come from the powerful Chicago Teachers Union, will also seek endorsements from three other Emanuel challengers who together drew 20 percent of first-round ballots.

Emanuel, 55, a national figure who drew donations from Hollywood figures and hedge fund directors, spent millions on television ads, and got a warm embrace from his friend President Barack Obama, did worse than polls had forecast. He won 45 percent of first-round votes, while Garcia did much better than expected, grabbing 34 percent.

“Chuy has to be more specific. Will he raise property taxes? Will he protect pensions?” said Sal Garcia, a Teamsters union member who is undecided on who to vote for on April 7.

First-round voter turnout was low at 34 percent, but it may be higher in April as 19 out of 50 wards go to run-offs for city council members as well.

Emanuel has weighty coffers, while Garcia has rallied an army of volunteers. In the end, observers said the runoff may turn on the issues.

“When people start to think about ‘how are we going to pay for this?’ it’s hard to make the case that anybody will do it better than Rahm,” said former Alderman Martin Oberman, an Emanuel appointee to a regional transportation board.

Serafin said: “Rahm is the airline pilot you may have a distaste for, but he’s going to land you in a storm.”