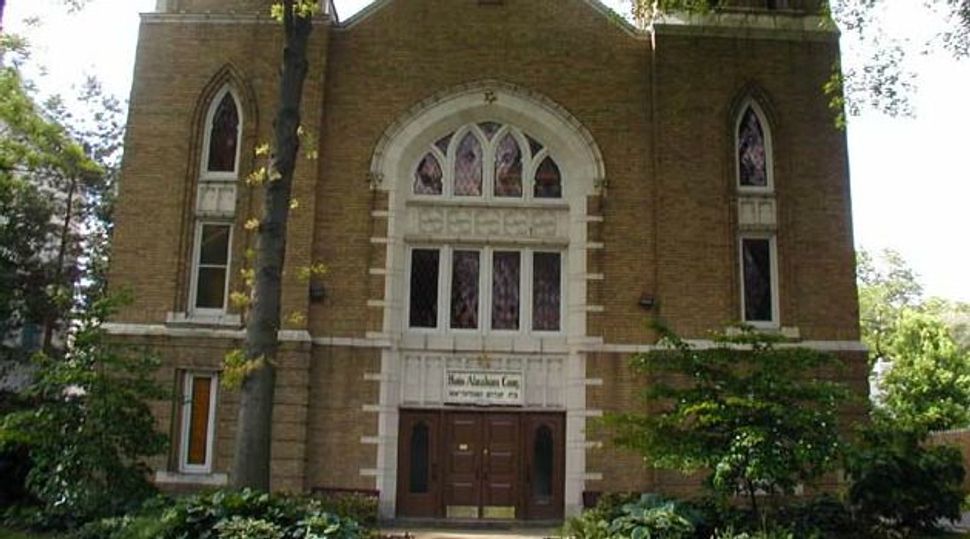 Bais Abraham is one of the leading Modern Orthodox synagogues in St. Louis. Image by wikimedia

The results of the 2014 St. Louis Jewish Community Study, the first study of Jewish St Louis in 20 years, were released last month.

The study also found that there are an estimated 32,900 Jewish households, defined as a household with at least one Jew living in it, an increase of 34 percent. Of the 89,300 people living in Jewish households, 11 percent consider themselves “partly Jewish” and 31 percent are not Jewish, according to the survey.

In 1995, one out of every 10 people in Jewish households was not Jewish; today that number is one in three, according to the survey.

The telephone survey was conducted between April 2014 and June 2014 and the data is based on extensive interviews conducted with 1,003 respondents in Jewish households. The margin of error is plus or minus 4.5 percent.

The study was conducted by Jewish Policy & Action Research, an independent agency that is a strategic alliance between Ukeles Associates, Inc and Social Science Research Solutions. JPAR’s researchers include Professor Steven M. Cohen, Dr. Jacob B. Ukeles, Dr. Ron Miller, Dr. Susan Sherr and Dr. David Dutwin, and it has conducted 20 previous studies of Jewish communities in the United States.

About 47 percent of Jewish respondents identified themselves as Reform, 20 percent as Conservative, 5 percent as Orthodox, and 21 percent as “just Jewish.”

Cohen told the St. Louis Jewish light that the results are similar to surveys in population studies in other Midwestern cities.