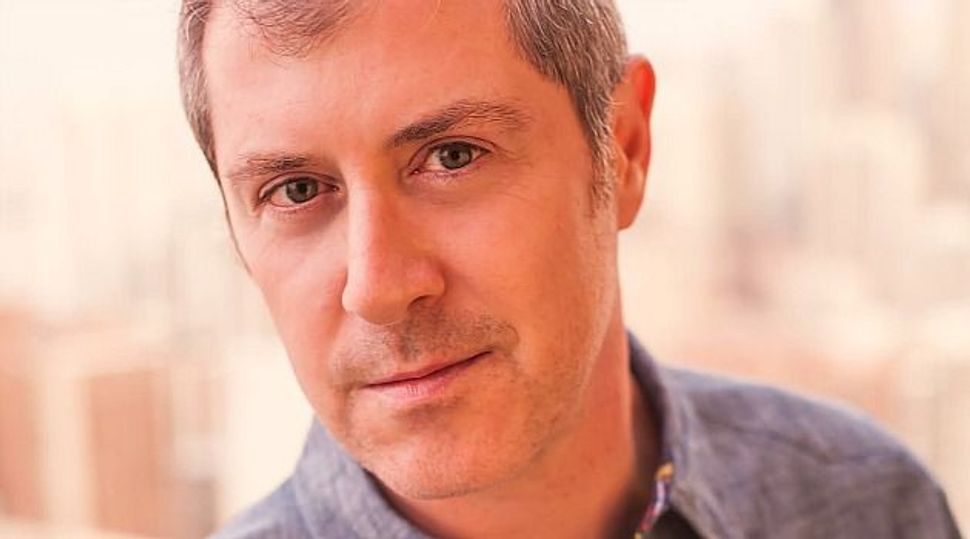 With the Arctic National Wildlife Refuge in the news again, as President Obama proposed protecting much of the oil-rich land as wilderness, I am reminded of the summer I spent a few years back leading a sea kayaking trip through the Refuge. It was an experience of transformation I will never forget and will most likely never have again.

I organized the ANWR trip with my friend Dave, a wilderness guide who’d moved to Fairbanks, Alaska from Florida and whom I had met during a summer internship at a synagogue there two years earlier. Along with a handful of others, a member of my Manhattan congregation joined us on the journey. After preparations in Fairbanks, we took a flight north past the oil refineries at Prudhoe Bay and landed near a native village close to the Canadian border. We spent the next week or so kayaking along the coast toward the small village where our return flight would be waiting. There were many adventures and exciting experiences, but the memory of one in particular stands out.

A herd of caribou stood 50 feet tall at the shoulder, towering over the tundra like mammoths from a lost epoch. Behind them were the ragged mountains of the Brooks Range, their peaks dusted with snow from a recent storm and hammered as flat as anvils. And on the other side of the mountains, to the south, was the start of the North American continent, a vast unbroken expanse teeming with rivers, forests and wildlife.

I turned to the north. The union of the midnight sun and arctic temperatures created the Fata Morgana, mirages that make even distant objects appear enormous and exaggerated. Before me was the Beaufort Sea, part of the Arctic Ocean. At the horizon, looming like a gigantic white fortress, was the beginning of the polar ice cap, the very roof of the world. It seemed as if it were about to crash down on top of me.

I was standing on Icy Reef, a band of small islands almost 300 miles north of the Arctic Circle that forms a fragile barrier between the Alaskan mainland and the frigid sea above it. The reef itself is just a strip of exposed rocks, gravel and sand, no more than 20 yards in width and barely above the water line. There were logs all around me, spit out into the treeless region via river drainages from the interior’s boreal forests. Smoothed by the currents and bleached by the sun, they blanketed the shore with what looked like shards of bone. 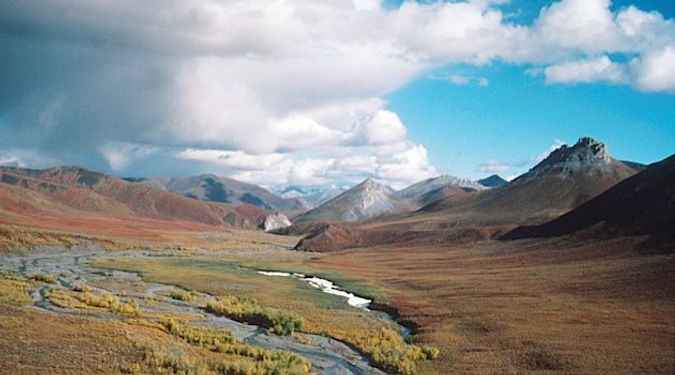 At certain points along the reef, not more than a mile or so separated what were in essence two radically different worlds. To the south was a panorama of color — mountains, tundra, wild flowers and animals on the mainland. To the north, nothing but the stark monochrome of the Arctic Ocean, dappled by jagged chunks of white ice that had broken off from a pack not far away. I could feel the powerful tension in these extreme contrasts. If I turned in one direction, I faced a great land bursting with vitality. If I shifted toward the other, I confronted a seemingly endless abyss of gray. It was as if, without flimsy Icy Reef standing guard between the two, these worlds would violently collide with each other, a cataclysm of south and north, earth and ice, movement and stasis that might set off a chain reaction that could destroy the entire cosmos.

It wasn’t just a sensory overload — it was an existential one, too. I may have been standing on a sliver of silt, but I also straddled the cradle and the grave. The overwhelming images and optical illusions brought me to the limits of my faculties of perception, but it was awareness of the paradox of my own existence — a paradox that took concrete form in the environment surrounding me — that carried me to the terminus of rational comprehension. I had reached the borderline, the murky boundary between life and death.

I became confused, disoriented. A jumble of questions crammed my brain, queries that the sea and sky did not, or would not, answer:

What am I doing?

Where am I going?

The questions were reminiscent of a passage from Pirkei Avot, often translated as Ethics of the Fathers: “Where have you come from? Where are you going? Before whom will you have to give an accounting?” While the contexts were radically different, both sets of questions highlighted the mystery of the human journey — and our humility in the face of that fact.

As remote and inaccessible a location as Icy Reef was, I understood exactly where I was on the globe. What I no longer knew was my place in creation. Yet it was an experience of bewilderment that was also a gift of illumination, a moment that brought me face-to-face with my humanity in a way more unique and elemental than any other I could have imagined, not in a house of worship nor in a sacred book.

The Arctic National Wildlife Refuge was my Sinai, my site of revelation.

The Refuge ordained me as a steward of my soul. It prepared me for my rabbinate better than any academic institution. I fear its loss, and the loss of the blessings of perspective that it might one day bestow on others. I am ashamed of the thoughtlessness of so many in our government and our country toward so great a national treasure.

Niles Elliot Goldstein is a rabbi and the director of development for the Center for Interfaith Engagement. He most recently authored “The Challenge of the Soul: A Guide for the Spiritual Warrior.”