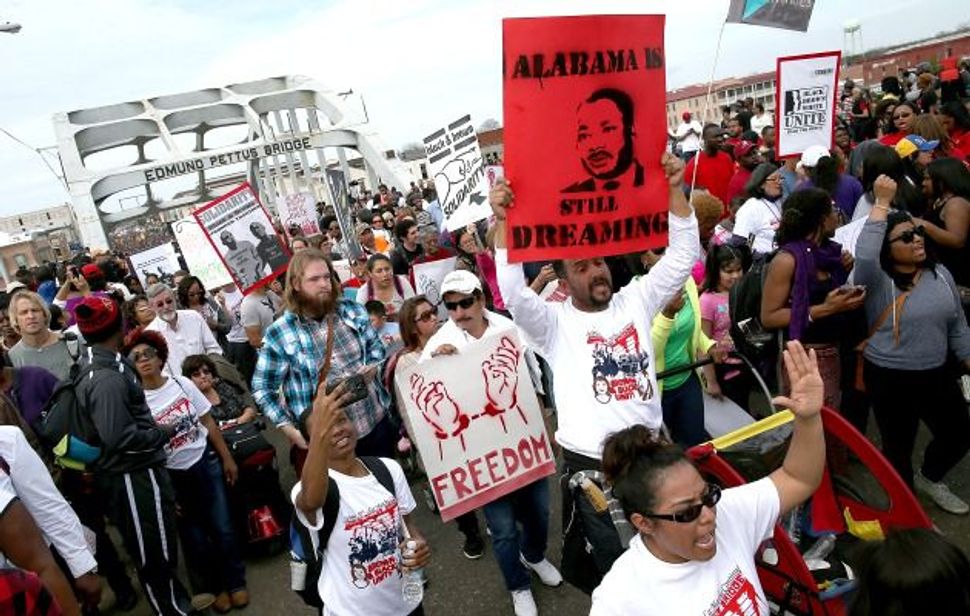 Alabama Still Dreaming: Marchers carry signs as they walk across the Edmund Pettus Bridge during the 50th anniversary commemoration of the Selma to Montgomery civil rights march. Image by Getty Images

In 1964, 600 Jewish men and women journeyed South to help register voters, most of them carrying memories of relatives lost to the Holocaust. Two of them lost their lives.

At a gathering of nearly 200 people in Selma’s Congregation Mishkan Israel on Sunday, the brother of Andrew Goodman recalled that it took the death of two white boys to get the attention of America.

“Because black lives didn’t matter,” said David Goodman, voicing a variation on a call repeated by protestors and marchers meeting at the historic Edmund Pettus Bridge to commemorate the 50th Anniversary of Bloody Sunday.

On March 7, 1965, Bloody Sunday began as a peaceful march that ended in billy clubs, tear gas and beaten bodies. The shocking violence spurred passage of the Voting Rights Act, a piece of legislation currently being attacked, according to organizer Rabbi Fred Guttman of Temple Emanuel in Greensboro, North Carolina.

“I live in a state where voting rights are being curtailed,” said Guttman.

While many things have changed, too many stay the same, he said.

In 1965, many Jewish leaders provided critical support for Martin Luther King, Jr. and his quest for equal rights. Rabbi Abraham Joshua Heschel risked his life to walk in the front line with King in the third Selma march. 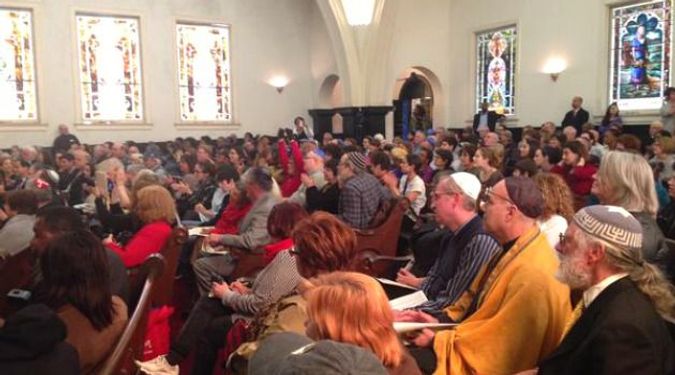 His daughter, Susannah Heschel, a scholar in her own right, recalled her father’s achievement in a speech calling for a new Judaism. Noting that terror exists beyond Islamic extremism, she called for Jews to follow her father by living “lives of moral grandeur.” She pointed out that the civil rights movement was the first effort in history to reach out and welcome Jews as partners.

“It was the greatest day of my father’s life and for him, a holy day. What made my father a hero is that he cared about the needs of other people,” Heschel told the Forward.

The most masterful achievement of the movement was the religious unity that “softened the hardened hearts of America. Let’s do that again and bring people into the circle of humanity.” 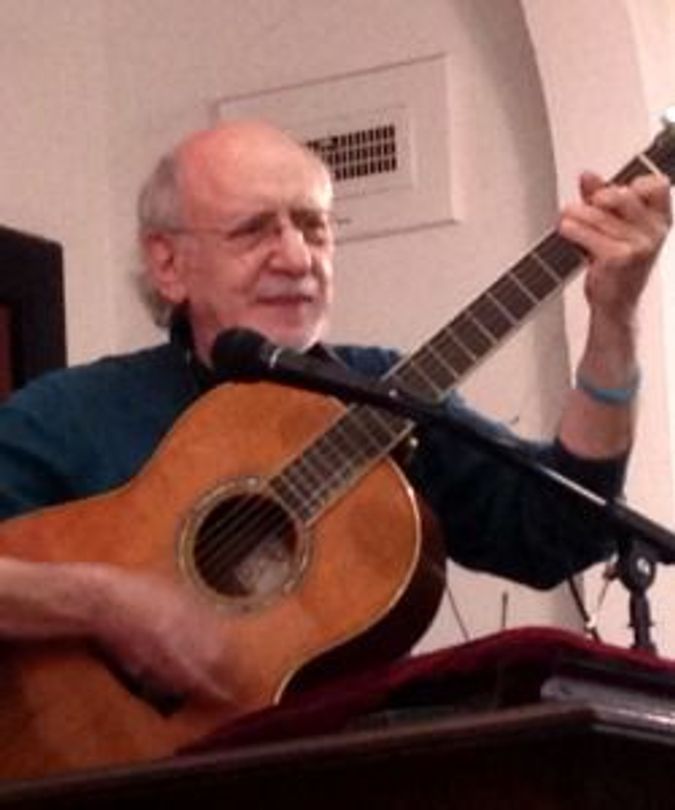 While the bond between African-Americans and Jews has slackened over the past 50 years, Southern congregations still work closely with black leaders. Temple Beth El of Birmingham works with Greater Birmingham Ministries to provide food, clothing and emergency needs. Nearby Temple Emanu-El works on social services and advocacy issues. Guttman bands together with his rabbinic community in North Carolina to form “coalitions of goodness.” Guttman’s group is active in the Moral Monday Movement, an interfaith group working on civil rights issues.

“The Jewish community is going to have to double down. There is too much suffering in America,” Rabbi Jonah Pesner, the new director of The Religious Action Center of Reform Judaism, told the Forward.

Pesner brought along a group of bright, young reformers in their 20s, to introduce them to what Guttman called “Selma, the new Mount Sinai.” As Melanie Fineman, 22, said: “We want to work together through our community of faith to make the world the best place it can possibly be.”