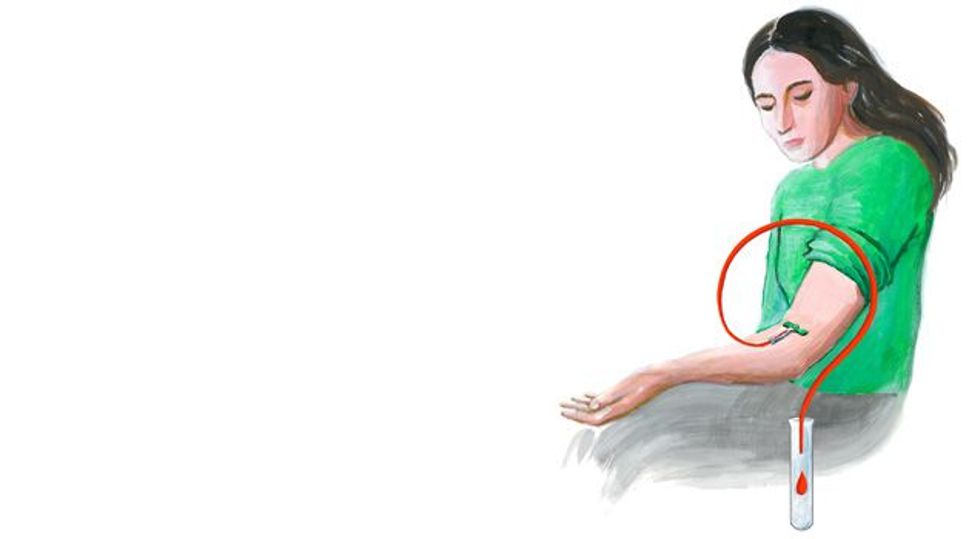 A new initiative offering subsidized screening for cancer-causing mutations in Ashkenazi Jews — including those with no family history of cancer — appears to be splitting cancer specialists.

The BRCA community study, sponsored by the Program for Jewish Genetic Health, began accepting applicants in January from Ashkenazi women and men age 25 and older.

Led by Dr. Susan Klugman, medical director of PJGH and director of the reproductive genetics division at Montefiore Health System, the program will offer screenings for mutations in the BRCA1 and BRCA2 genes for just $100, even to those who are considered at “low risk” for a mutation. The screenings will be offered at the Montefiore Medical Center in the Bronx, and at the center’s branches in Larchmont and Hartsdale, both in New York, though Ashkenazim may participate no matter where they reside.

The PJGH initiative is the first of its kind in the United States to provide affordable screening for mutations in the BRCA1 and BRCA2 genes to those who typically face barriers to testing: the low-risk and uninsured. Low-risk people — those without a personal or family history of cancer — are typically not covered by insurance for this testing and could otherwise pay nearly $600 out of pocket. The program includes the option to participate in an associated research study whose main goals are to identify mutation carriers in the low-risk group who would otherwise go undetected. The program will also assess the psychosocial, religious and cultural issues carriers face.

Dr. Sharon Rosenbaum Smith, a breast surgeon at the Comprehensive Breast Center at Mount Sinai Roosevelt, hailed the program as “fabulous” because it may uncover women who are unaware they are at risk.

Rosenbaum Smith said that women could be carrying the gene yet have no family history to alert them to their risk “because there aren’t many females in the family [and] the gene is being passed down by men, [so] they aren’t seeing the breast cancer.”

It could also be “that there is a lack of communication, that there are breast cancers in the women but they aren’t telling their family members,” she said.

Rosenbaum cautioned that the program’s controlled environment, with genetics counselors to help patients understand their individualized cancer risks, is essential. “I don’t think you should be able to walk into any doctor’s office and get the test,” she said.

But Dr. David Fishman, director of the Mount Sinai Ovarian Cancer Risk Assessment Program, warned of the screening project, “You are sort of opening up Pandora’s box.”

Fishman also noted that there are now 21 other genetic mutations associated with increased risk for breast and ovarian cancer. “I would evaluate all of the known genes because I think those results would be more meaningful. So I am really not sure how clinically important this is going to be,” he said.

The BRCA screening has typically been recommended only for women and men with a family history of breast, ovarian or other cancers associated with the mutations. But the new program is buttressed by a recent Israeli study that found the frequency of BRCA mutations in Ashkenazim (one in 40 carries a BRCA mutation as compared to one in 345 in the general population) is comparable whether or not there is a family history of disease.

That study also found that Ashkenazi women who test positive even with no family history have high rates of breast and ovarian cancer. Some 60% of BRCA1 carriers and one-third of BRCA2 carriers in the study developed breast or ovarian cancer by age 60, including many women with no history of these cancers in their families, though the study did break out and quantify the specific rates for this group. By the age of 80, the percentage of women developing these cancers rose to 83% and 76%, respectively.

But Dr. Mary Daly, chair of the Department of Clinical Genetics at Fox Chase Cancer Center, cited perceived limitations of the Israeli study. “It did not report the frequency of mutations by family history. Nor did it report the risks of breast or ovarian cancer by family history,” she said, adding, “I don’t think anyone has ever studied as a separate population the carriers who have no family history and followed them to see what their risk of cancer would be.” No other study has confirmed the higher incidence of breast cancer in women with a BRCA mutation without a family history of the disease, arguably an inherent weakness of the screening project.

Moreover, Daly added, appropriate follow-up could be difficult “for those participants with financial or insurance difficulties.

“Those who test positive may have difficulty in having access to the risk-reducing strategies that are recommended,” said Daly. She suggested that women who test positive might consider, as an alternative, yearly mammograms plus MRIs, or even preventive surgeries. Surgeries and biopsies, however, come with their own risks—for example, in the cases when they turn out to be erroneously done. This is one of the many reasons the counseling sessions that precede the testing are vital as they inform women of such potential issues.

Under the Montefiore screening program, low-risk and uninsured participants first receive a group genetic counseling session, free of charge, from Montefiore as part of the program. They may then choose whether to move forward with the testing at the subsidized rate, available, in part, through a grant from the Foundation for Medical Evaluation and Early Detection. High-risk participants receive counseling and testing through their standard insurance process. PJGH, the other philanthropy providing subsidies for these screenings, is affiliated with Yeshiva University and its medical school, Albert Einstein College of Medicine.

Ashkenazi men will also be screened as those with BRCA mutations are at increased risk for breast, pancreatic, prostate and other cancers. In couples where the male is BRCA positive, preimplantation genetic diagnosis via in vitro fertilization can be used to avoid passing on the mutation to their children.

Chani Wiesman Berliant, a genetic counselor for PJGH, recalls meeting a male patient with a family history of BRCA in his family. “He was there mostly because he was concerned about his daughter, and whether she could be at risk to inherit this mutation and have a higher risk for cancer.”

Berliant told him that if he were to test positive, it would have implications for his own health as well. When the test revealed he had inherited the familial mutation, “He was disappointed because it meant that his daughter was at risk, but he came in and we made a plan for how to manage his own health and cancer risks,” she said.