Want To Give to Jewish Charities? Don’t Do It Over the Phone. 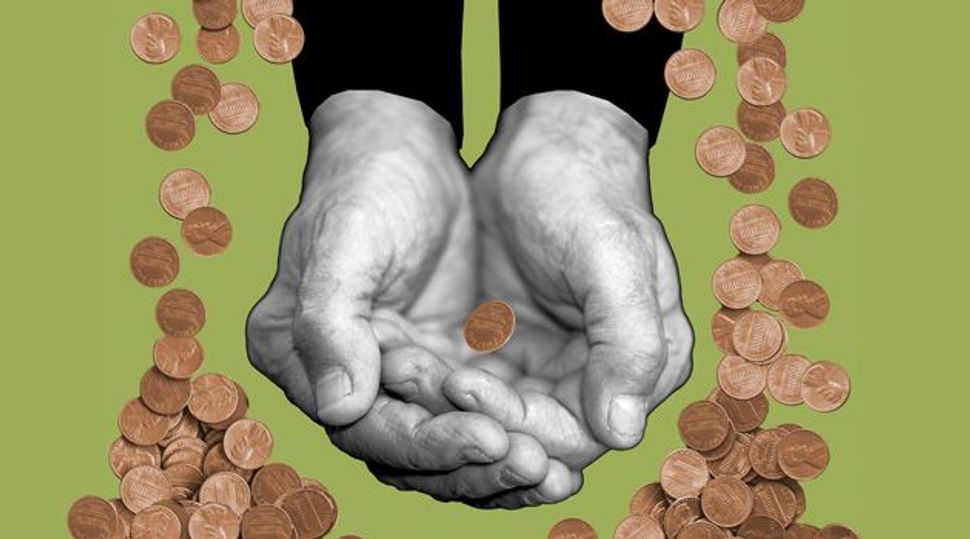 Your favorite Jewish charity calls you on the phone. You haven’t renewed your membership, you’re told. What’s your credit card number, again?

You might want to think twice before giving it.

Jewish charities handed over a huge portion of the money they raised in telemarketing campaigns in New York in 2013 to for-profit telemarketing contractors, according to a March 4 report by the office of Eric Schneiderman, New York State’s attorney general.

B’nai B’rith disputed Schneiderman’s numbers, saying they included incomplete figures. The organization said that it actually got 29% of the donated dollars.

Other Jewish charities reported similarly dismal figures: An AIPAC fundraising campaign using a for-profit telemarketer raised $173,000 from donors, but only 55% went to AIPAC. The Jewish Federations of North America got 58% of the $87,000 donated to it, while the Jewish Museum got 54% of the $104,000 donors gave. The Birthright Israel Foundation did better: Of the $24,000 it raised in its small campaign, 71% made its way to the charity’s coffers.

“It’s a shame to find a cause that you believe in and find that your hard-earned dollars aren’t going to support that cause,” said Mark Charendoff, president of the Maimonides Fund. “Grandma should know — I hate to say it, but Grandma shouldn’t be… giving over the phone.”

The Jewish charity telemarketing campaigns listed in the attorney general’s report are relatively small in comparison with those run by some non-Jewish charities: The National Rifle Association, for instance, got $12 million from donors in a single campaign, 41% of which went to the NRA. Yet the Jewish campaigns do represent a large number of donor dollars in aggregate. By Schneiderman’s office’s count, of the $554,000 donated to the six Jewish charities through telemarketers, just 41% made it to charitable coffers.

The rest went to an array of for-profit telemarketing firms. The companies are, by nature, low-profile outfits. Few list executives on their websites. Of the five individual firms that ran campaigns for the six Jewish charities listed in the attorney general’s report, four did not respond to inquiries from the Forward and one declined to comment.

The firms are spread out over the country. Telefund Inc., which ran one ADL campaign, appears to be based in Illinois, but has offices in Boston and Denver, among other cities. Donor Services Group, which ran the B’nai B’rith campaign, is based in California.

Due, in part, to poor returns, some of the Jewish groups have dropped the telemarketers since 2013. The ADL said that it had stopped using telemarketers because of bad results that year, as did the Birthright Israel Foundation. A representative for JFNA said that the group had run a two-year pilot telemarketing program that was discontinued after 2013.

Other charities defended the practice.

“The Jewish Museum has utilized [the telemarketing firm] DCM on four fundraising campaigns and the results have been very good,” a Jewish Museum spokeswoman said in a statement. “We use telemarketing as a tool to encourage lapsed Jewish Museum members to renew their memberships and/or to upgrade to higher levels of membership, which allow them to enjoy higher benefit levels.”

B’nai B’rith, too, defended the practice. “B’nai B’rith utilizes such firms only to renew donors who have not responded to traditional methods such as direct mail, and in doing so has been very successful over the years in renewing thousands of donors,” a spokeswoman wrote in a statement. “We are constantly evaluating our fundraising methods, and the New York State annual report on telemarketing campaigns will serve as a useful reference for our future fundraising efforts.” AIPAC did not respond to an inquiry from the Forward.

The U.S. Supreme Court has repeatedly deemed as unconstitutional state laws that set limits on the percentage of donations a paid fundraiser can retain. Another Supreme Court decision found that states cannot require paid fundraisers to disclose the percentage they take. Some states, including New York, do require that telemarketers say that they work for a professional fundraiser and not for the organization for which they are fundraising.

According to Schneiderman’s figures, only 33 of the 573 telemarketing campaigns in New York in 2013 gave 70% or more of the money donated to the intended charity.

“Anytime you’re asked to donate to anything, particularly if it’s a phone solicitation, it’s legitimate to ask the question, ‘What’s your take as a fundraiser?’” said Mark I. Rosen, a professor in Brandeis University’s Hornstein Jewish Professional Leadership Program. “It just doesn’t occur to people that there’s somebody who is making a living doing this that doesn’t work for the charity.”

Want To Give to Jewish Charities? Don’t Do It Over the Phone.