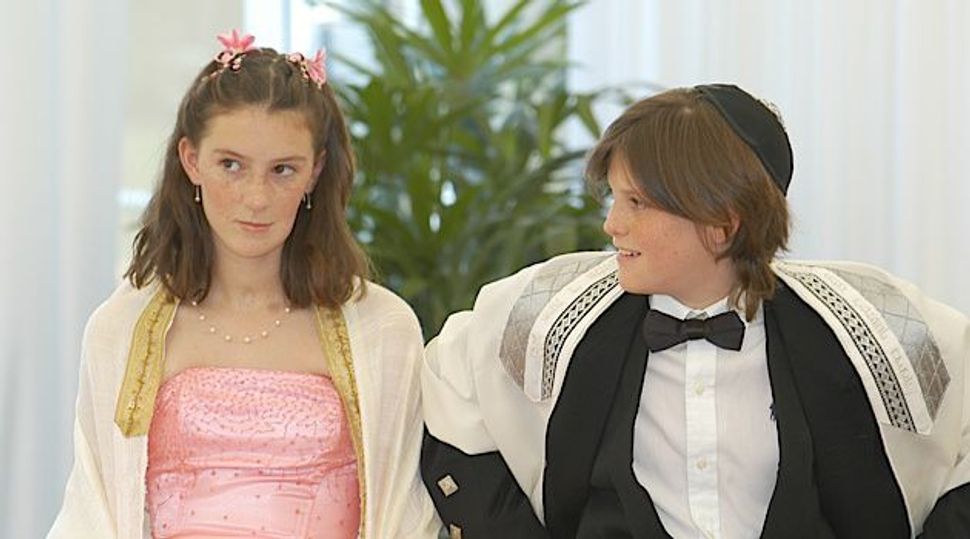 An Irish-Jewish Fugue: The author’s children, Nadia and Max Hannan at their bat and bar mitzvah, which they celebrated in Ireland in 2005. Image by courtesy of Judith Hannan

I made my first visit to Ireland more than 30 years ago. When I had married John a few months earlier, I had also wed his Celtic heritage, and was no longer a Goldberg, in name at least. My “Jewishness” became something that it was detected by no one but me. We went to a pub in a fishing village where John’s mother grew up. I couldn’t follow the conversation John was having with his uncles, who spoke with a strong Irish accent. In my otherness, I also felt liberated, a hint of the way Ireland would eventually become a chance for me to redefine myself as a Jew. It would take time, though, before Ireland felt enough like a home.

By my second visit I had become a mother, and the Irishness of my in-laws felt like a threat to my children’s identities as Jews. John’s parents, who had immigrated from Ireland, and their first-generation children wrapped themselves in their culture like a favorite coat, flashing their freckles and wide grins at a hint of anything Irish — a song, a story, a dance. The design of our Jewish family life woven by my parents, who eschewed Yiddish and faith in favor of science and assimilation, could never be as comfortable or warm. Irish or Jewish — which would win the hearts of my three children? Irish meant a large family, a grandmother who baby-sat and sang silly songs. It meant dimples and eyes that sparkled. Jewish meant Hebrew lessons, observance, a grandmother who existed only as a memory held in the name of my elder daughter, Frannie. It meant a scattered family of quiet souls. Creating a Jewish household would be a lonely job for me.

I had always been an insecure Jew. Despite her own lack of observance, my mother sent my sister and me to religious school two afternoons a week. But we had no context for what we were learning either at home or in our public school in the town of Lexington, Massachusetts, where there were no seats for kids with olive skin and big noses at the cool-kids’ table in the cafeteria. The synagogue became important to me for my social life, not for my spiritual one. I threw myself into the songs and dances of Yisrael, but I could barely lip sync my way through the rituals of faith. 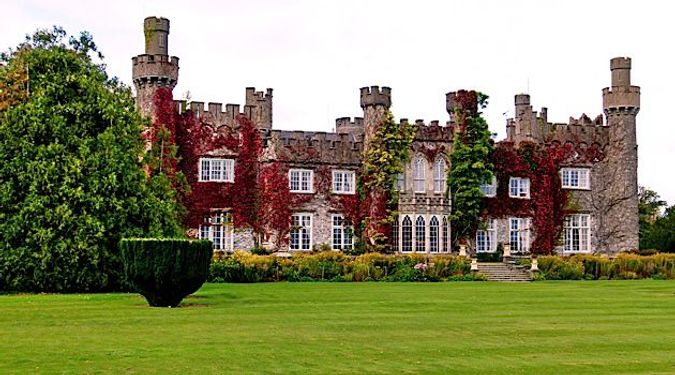 By my third visit to Ireland, I had become seduced. My parents raised me to love the forest, sea and song, so I was in thrall to the lunar landscape of Connemara, the vertical cliff faces and thrashing seas, and the wind-blown spaces that moaned with memories. Ireland’s myths and legends captivated me; they were the antidote to the logic of my father and the pragmatism of my mother. When I was a child, my mother told me that you went in the ground when you died and that was it. Ireland had its legend of Tir na Nog, where a beautiful woman on a white horse can bring you to the land of Eternal Youth, and the romantic and tragic myths of the selkie — half seal, half woman — who sheds her skin on land. If a man steals it she can never return to the sea.

Even though my mother-in-law once confessed to my sister’s husband that she feared my unbaptized children would go to hell, I never wavered in my wish to raise our children Jewish — I just wasn’t sure how. John had grown up with faith but was severing his ties to Catholicism, so he went along with my efforts at a home-based observance. This meant 10-minute rituals for Sabbath dinners and Passover Seders, the latter of which I saw as my annual opportunity to convey every Jewish lesson I could remember. I requested a few synagogue applications but stumbled on questions about our past affiliations. Could we be deemed not Jewish enough? A tutor and an independent rabbi were my children’s teachers and, by osmosis, my own.

When my twins, Max and Nadia, approached 12, and the time neared for choosing a place to celebrate their becoming a bar and bat mitzvah, respectively, weaving their Jewish and Irish roots together on Irish soil was a natural choice — not just for them but for me, too; Ireland felt like home. I found freedom in not belonging to a synagogue at home in New York City and in being able to create a sacred space within this beautiful country. 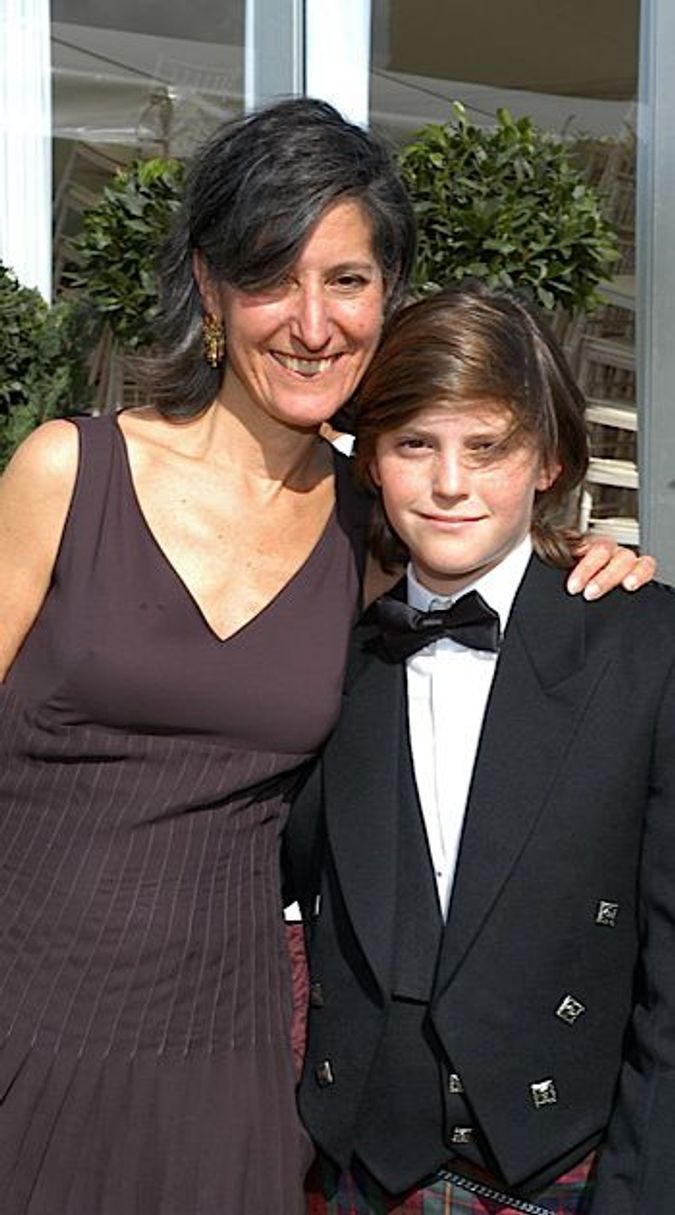 The O’Goldberg Variations: Judith Hannan, the author, with her son Max, who wears a formal Irish kilt, in 2005. Image by courtesy of Judith Hannan

After we arrived at the castle outside Dublin on a weekend in June, now more than 10 years ago, I immediately dropped my luggage and ran outside. The grounds were filled with orchards, multi-hued rose bushes and banks of gorse, fox glove and bluebells. I tried to savor the fluting of the birds, but the sounds of construction beckoned me. I had a congregation to build. I told the builders that we needed an ark for a Torah, a light to go over it, a Kiddush cup. What’s a Torah? Would a candle be okay? Oh, you mean like a chalice? Among people eager to hear my explanations, I stopped teetering on the edge of my shaky Judaism.

Finding a Torah in Ireland, a country with only 1,600 Jews, had been challenging, but we found a Jewish nursing home willing to lend us theirs. Our festivities began on Friday night. My family and John’s gathered for Sabbath dinner. What time is candle lighting in a country where the sun doesn’t set until after 11 p.m.? Here, I could be any kind of Jew I wanted to be. “Let our stomachs be our guide,” I said. We welcomed the Sabbath Queen at 9:00 p.m.

Baroque plasterwork and tapestries decorated the walls of the dining room. On the ceiling was a fresco of Bacchus and Ceres abandoning themselves to the pleasures of food and wine. The tables were set with Irish linen, crystal and ceramics. Around me I heard the staff murmuring in their beautiful brogue, now more intelligible to my ears. My sister and I lit the candles. My father recited the Kiddush, and all who knew the words to the motzi, the blessing over bread, sang it; the rest said Amen. The rabbi rose. Strolling with his guitar, he sang: Hallelu, hallelu, hallelu… with each repetition our voices grew more fervent. Everyone was singing.

We sang “Hallelu” again the next day, as Max, in his formal kilt, and Nadia, in a fairylike, pink dress that was perfect, settled themselves on the bimah. As they stepped forward to lead us in prayer, their eyes locked. I didn’t know the meaning of the Hebrew words they were chanting, but I did know this prayer and this trope had drawn together two children and tied them to their past. When we headed outside after the ceremony, I heard a fiddle and a tenor accompanied by the percussive rhythms of the bodhran, an Irish drum. John hooked arms with a step dancer. Two hours later, we danced the hora and were lifted high in our chairs.

The old insecurities flared Sunday, when we celebrated my mother-in-law’s 86th birthday with a seanchai, an Irish storyteller, singers and step dancers. I could not resist the melody and the beat, and this spirited family I married into. I worried briefly: Will Irish dominate? But when the party ended, I heard, from a distant hallway, Max whistling “Hallelu.” I relaxed. This Jewish-Irish fugue is what I had always wanted: Sometimes one theme plays more loudly than the other, but neither one can exist alone.

Judith Hannan is the author of the memoir “Motherhood Exaggerated” (Cavankerry, 2012). Visit her at www.judithhannanwrites.com, and follow her on Twitter @JudithHannan