Danny Schechter Was an Observant Jew, Even if he Rarely Set Foot in Shul 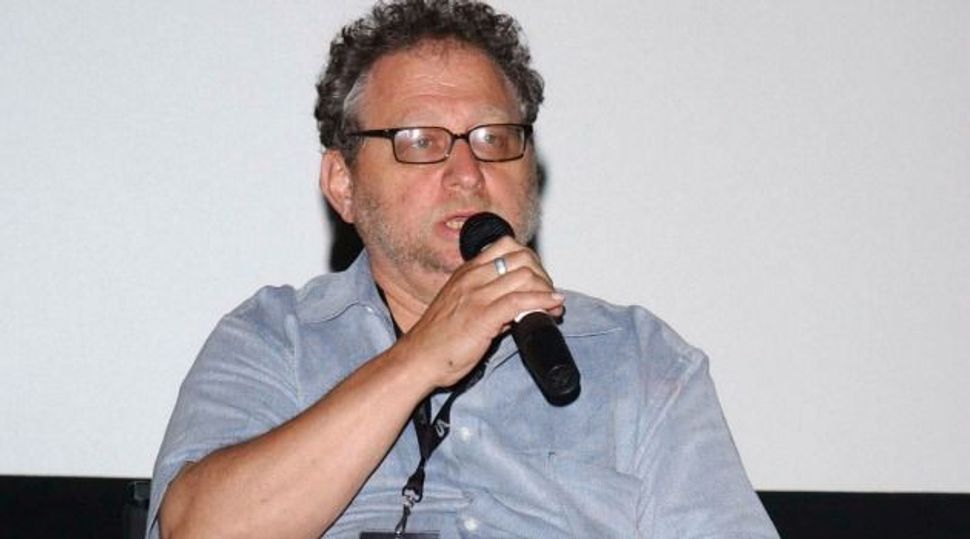 News Dissector: Schechter, who died at the age of 72, was a radio legend at Boston’s WBCN-FM. Image by Getty Images

Danny Schechter, the self-described progenitor of “participatory journalism” who died March 19, first burst onto my radar screen back in the late 1970s, when I was working at WBAI-FM, the left-leaning community-sponsored radio station. One day, while laboring there, I heard a news story come in from Boston with an inordinate amount of reggae music mixed into the piece, followed by the reporter’s catchy sign-off: “This is Danny Schechter, the news dissector.”

This caught my attention, and our paths crossed several times over the subsequent decades.

Schechter, who was 72 when he succumbed to pancreatic cancer, was a radio legend in the ’70s at Boston’s WBCN-FM, a commercial station that was downright revolutionary at the time. His daily newscast “was a high-energy amalgam of audio clips of newsmakers, great music and Danny’s own acidic and amusing commentary,” recalled Bill Adler, who was a disc jockey at the Boston station before going on to a career as a music journalist and hip-hop publicist. “As far as I know, no one else came close to the brilliance and bravery of his approach until Jon Stewart found his groove in the early years of the 21st century.”

Schechter’s bravery made him a legend. While in grad school in the London School of Economics in the late 1960s, he traveled to South Africa and delivered communiqués to underground members of the African National Congress. Schechter also set off leaflet bombs: plastic buckets with hundreds of banned ANC propaganda leaflets inside them that would be sent flying out into and all over the street by a small amount of explosives inside them. These acts could easily have landed Schechter in jail; the Afrikaners running the regime did not play around.

Schechter had many detractors, as well as admirers. More than a few employees found this “one-man hurricane” difficult to work for. But Schechter was also blessed with a heavy dose of Bronx-bred chutzpah. Twice during the 1970s he confronted Henry Kissinger, once as a Nieman Fellow at Harvard University. At a party celebrating the prestigious journalism fellowship’s 40th anniversary, Schechter rose and asked, “How can you justify yourself to your own children after your policies caused 6 million deaths in Indochina?” Kissinger stormed out of the party.

When Schechter went down to Mississippi in 1964 to fight for the civil rights of black people, his mother and father, Ruth Lisa Schechter and Jerry Schechter, a poet and a garment worker, respectively, were worried “out of their minds,” according to his younger brother. Bill Schechter, a retired high school history teacher, remembers the Bronx’s Amalgamated Houses, where he and his brother grew up, as a little shtetl, a utopian community with many anarchists, communists and socialists. Their grandfather, of course, was a Forverts subscriber.

Though neither became a bar mitzvah, the Schechter boys were sent to I.L Peretz Shule #3 in the Bronx and attended a radical Jewish summer camp in upstate New York. “I grew up thinking Eugene Debs was Jewish,” Bill Schechter told me with a chuckle, referring to the early socialist (and non-Jewish) firebrand.

At a party thrown a few weeks before he died, Schechter’s Chelsea apartment was crammed with friends, including record executive Danny Goldberg, documentary filmmaker Barbara Kopple and Washington Spectator publisher Hamilton Fish, who produced three films about the Holocaust.

“Danny pretty much brought the Vietnam War to a close,” Fish told the throng. “He was also responsible for ending apartheid.”

Fish was exaggerating. But few dispute the impact of Schechter’s decades of covering the anti-apartheid struggle, which included “South Africa Now,” the weekly TV show Schechter produced for public television in the 1980s. When the Public Broadcasting Service declined to distribute the show, Schechter, undaunted, convinced scores of individual public television stations in America and abroad to carry it. Fearless when it came to juggling his roles as a journalist and activist, Schechter also played a pivotal role in organizing the South African anti-apartheid Sun City music project while working as a producer for ABC’s “20/20.”

Not long before he died, Schechter produced three-CDs of songs that had meant something to him. I got corralled into doing some audio editing for the project. The collection included Chava Alberstein doing the ghetto fighters’ Yiddish anthem, called “Zog Nit Keyn Mol,” and “Sixteen Tons,” Mickey Katz’s parody of the Tennessee Ernie Ford hit.

When I went to Schechter’s apartment to pick up some CDs for the mix, I looked at the pictures on the walls, shots of the news dissector posing with Nelson Mandela, Jesse Jackson, the Dalai Lama and Elie Wiesel. Among them was a tattered black-and-white photograph of his father’s family gathered around a Seder table on Manhattan’s Lower East Side in the 1930s.

Schechter lived two doors away from a synagogue in Chelsea where I daven from time to time. I don’t think he set foot in a synagogue his entire adult life. But when it came to obeying the biblical dictate “Justice, and only justice, you shall pursue,” Danny Schechter was a very observant Jew.

Danny Schechter Was an Observant Jew, Even if he Rarely Set Foot in Shul