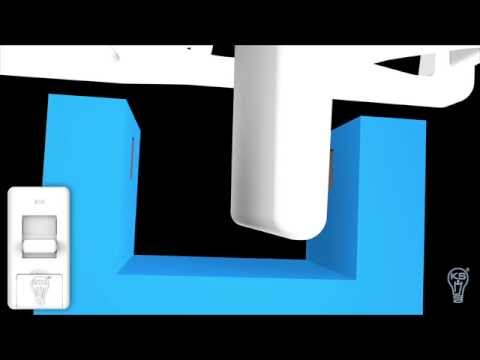 (JTA) — It promises a revolutionary innovation that could transform Jewish Sabbath observance.

By changing the way a light switch works, the patented Kosher Switch offers a novel — and, its backers say, kosher — way to turn light switches (and, perhaps, other electrical appliances) on and off during Shabbat, circumventing one of the Sabbath’s central restrictions: the use of electricity.

In just three days, the product’s backers have raised more than $45,000 toward a $50,000 fundraising goal on Indiegogo, the crowdsourced fundraising website, to start manufacturing the device.

But critics say the Kosher Switch isn’t really kosher for Shabbat at all – and that Kalati is misrepresenting rabbinic opinions on the matter to give the false impression that he has their endorsements.

At issue is whether the device’s permissibility for Shabbat relies on a Jewish legal loophole that applies only to extraordinary circumstances like medical or security needs. The loophole, known as a “gramma,” allows for indirect activation of electronic devices on Shabbat.

How does gramma work? If, for example, a non-life-threatening field fire is burning on Shabbat, jugs full of water may be placed around the fire to indirectly cause its eventual extinguishing. Dowsing the fire directly — a Sabbath prohibition — is permitted only in life-threatening circumstances.

Kalati, 43, says his switch does not rely on the gramma loophole. When the switch is in the off position, a piece of plastic blocks an electronic light pulse that when received turns on the light. Turning the switch on moves the piece of plastic, which is not connected to anything electrical, so that it no longer obstructs the pulse. Because the light pulse is subject to a “random degree of uncertainty” and won’t instantaneously kindle the light when in Sabbath mode, it is kosher for use on Shabbat, according to the video.

This “adds several layers of Halachic uncertainty, randomness, and delays, such that according to Jewish law, a user’s action is not considered to have caused a given reaction,” the company says on its website. (Kalati’s office did not respond to phone calls or emails from JTA).

In the Indiegogo video, Kalati says his team has spent years on research and development, during which “we’ve been privileged to meet with Torah giants who have analyzed, endorsed and blessed our technology and endeavors.”

But Yisrael Rosen, head of the Zomet Institute, the leading designer of electronic devices for use on the Jewish Sabbath, says the Kosher Switch is unfit for Sabbath use.

“Today, Israeli media reported the invention of an electric ‘Kosher switch’ for Shabbat, with the approval of various rabbis. This item was recycled from 2010 and already then denials and renunciation by great rabbinic authorities were published regarding everyday use for this product,” Rosen wrote Tuesday on Zomet’s website. “No Orthodox rabbi, Ashkenazi or Sephardi, has permitted this ‘Gramma’ method for pure convenience.”

Rosen appended a letter from Rabbi Yehoshua Neuwirth, the first rabbi whose endorsement appears in the Kosher Switch video — in a one-second pull quote reading “I, too, humbly agree to the invention” — suggesting that his endorsement was misrepresented.

“To allow one a priori to turn on electricity on Shabbat — impossible, and I never considered permitting except for the needs of a sick person or security,” reads the letter, which bears Neuwirth’s signature and letterhead and is addressed to the manager of Kosher Switch. “And please publicize this thing so no [Sabbath] violation will be prompted by me.”

The son of another rabbi whose endorsement appears in the video, Rabbi Noach Oelbaum (who says it does not violate the prohibition on Sabbath-day labor), told JTA that his father’s position was distorted.

“I regret that my father’s position on kosher switch was misrepresented by stating that he endorses it l’maaseh,” the son, Moshe Oelbaum, wrote in a statement, using the Jewish term for “regular use.”

Oelbaum said his father’s true position is that while the switch does not involve a technical violation of the Sabbath prohibition against labor (which forbids electricity use), it is a desecration of the Sabbath spirit. Oelbaum advises consumers to consult their own rabbis on the question of whether or not they may use it on Shabbat.

Kosher Switch is hardly the first technological innovation devised to ease Sabbath observance. For decades, Sabbath-observant Jews have used electronic timers set before Friday night to control lights and appliances like air conditioners or hot plates. Multistory buildings throughout Israel and some in the United States have Shabbat elevators that can run on autopilot. In 2004, Canadian rabbi and entrepreneur Shmuel Veffer invented a bedside-style lamp called Kosher Lamp that could be “turned off” by twisting a cylinder encasing a lit bulb so that the bulb was completely concealed.

The Zomet Institute, located in the Jerusalem suburb of Gush Etzion, in the West Bank, has invented baby sensors, sump pump gadgets, hot water heater contraptions, and special switches that modify wheelchairs, hospital beds, electronic scooters and staircase elevators for use on Shabbat. However, many of these devices rely on the gramma loophole and are permitted only for medical or security use.

Many observant Jews also rely upon non-Jews for help circumventing Sabbath restrictions, though such requests for help are forbidden from being expressed explicitly. The Kosher Switch video parodies this problem of using “Shabbos goys” [non-Jews] with a staged scene in which a bearded Orthodox Jewish man wearing a black hat stands on the steps outside his house and flags down a young black woman passing by. They have this exchange:

Man: “Excuse me, ma’am? Hi. I need a big favor. My bedroom – the lights are on, so I was wondering if maybe you could come up to my bedroom and …”

Woman (in a West Indian accent): “Are you crazy!? I ain’t coming up to your bedroom!”

Man (nodding suggestively toward his open door): “Yeah but, the lights are on …”

Rabbi Mordechai Hecht, a Chabad rabbi from Queens, New York, who appears in the Kosher Switch video saying “I was mesmerized to be blessed to see such an invention in my lifetime,” says the controversy surrounding its permissibility isn’t simply a fight over Jewish law.

“There’s politics in halachah,” he said. “The conversations they have are often money-related. Everyone has an agenda.”

Hecht said he cannot endorse or reject the product because he is not a halachic authority.

“Is there one way in halachah? Of course not. That’s why the sages say, ‘Make yourself a rabbi,’” Hecht said. “I think the rabbis need to be brave. A conversation needs to be had, and maybe this is a good place to have it. If there’s really a halachic issue, let’s talk about it. This is an amazing invention. The question is, can it enhance the Shabbos?”