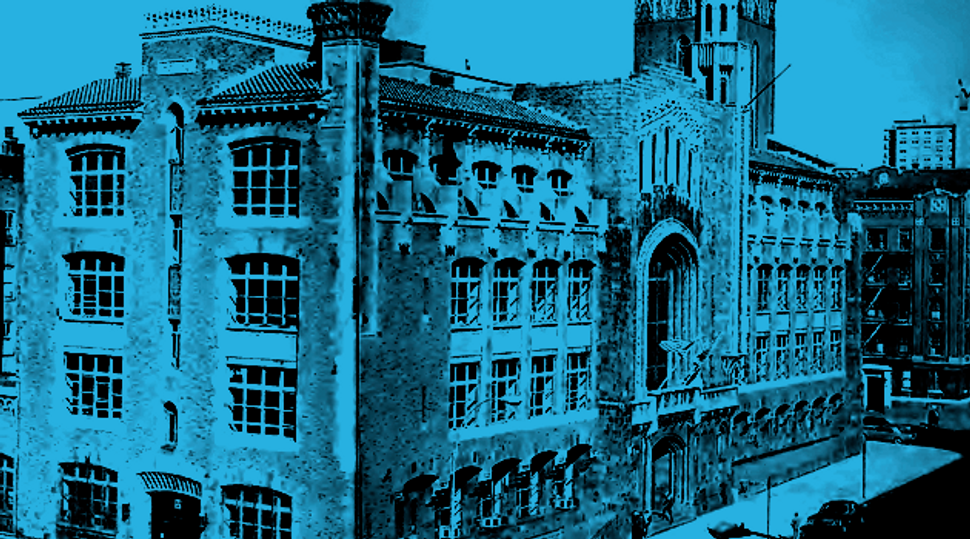 The flagship Modern Orthodox school ran an operating deficit of $84 million in fiscal year 2014, according to its latest audited financial statements.

That’s the seventh year in a row that Y.U. has run an enormous operating deficit and even worse than the $64 million deficit the school reported in the 2013 financial year.

The figures reflect a financial period that ended in June 2014. Since then, according to statements by Y.U.’s president Richard Joel, the university has made significant strides in stemming its losses.

A Y.U. spokesman said in a statement that Y.U.’s “leadership continues to advance toward its goal of long-term sustainable excellence.”

Y.U.’s latest financial results were released as Y.U. administrators and board members face a growing backlash from faculty who are chafing at years of salary freezes and pensions cuts, as well as more recent staff layoffs and swingeing cuts to the curriculum.

In March, faculty at Yeshiva College passed an overwhelming vote of no confidence in Y.U.’s president Richard Joel.

The move provoked a written response from Dr. Henry Kressel, the chair of Y.U.’s board, who issued a statement expressing confidence in Joel and his administration.

Y.U. staff were further angered in March when Y.U. terminated the contracts of two tenure-track professors in the college’s economics department.

Last week, Yair Shahak, a popular Hebrew professor, announced that he was leaving Y.U. because of drastic cuts to the curriculum and low staff morale. Shahak told Y.U.’s undergraduate newspaper, The Commentator: “When President Joel tells newly tenured professors that their hiring was a costly mistake; when you see the university being run by [a turnaround firm], not an educational company; when all the stars line up, you know it may be time to go and seek your fortune elsewhere.”

According to its auditors, Y.U. last year sold $72.5 million of real estate and cut staff, but it wasn’t nearly enough to stem the tide of red ink at the university.

Y.U. is a source of great pride and loyalty in the Modern Orthodox community.

One bright spot for the Y.U. community is the school’s success in spinning off its money-losing medical school, the Albert Einstein College of Medicine, which is estimated to have been responsible for two-thirds of Y.U.’s annual operating deficits.

Y.U. signed a deal with Bronx-based Montefiore Health Systems at the beginning of this year that, once complete, will see Montefiore take over financial responsibility for Einstein.

In an April 2 email to faculty and students, Joel said that the deal, which is expected to be completed by this summer, “will be a significant benefit to driving towards Y.U.’s long-term sustainability.” Joel added that spending cuts so far this financial year have led to a “significant reduction” in Y.U.’s deficits. _ Contact Paul Berger at [email protected] or on Twitter @pdberger_