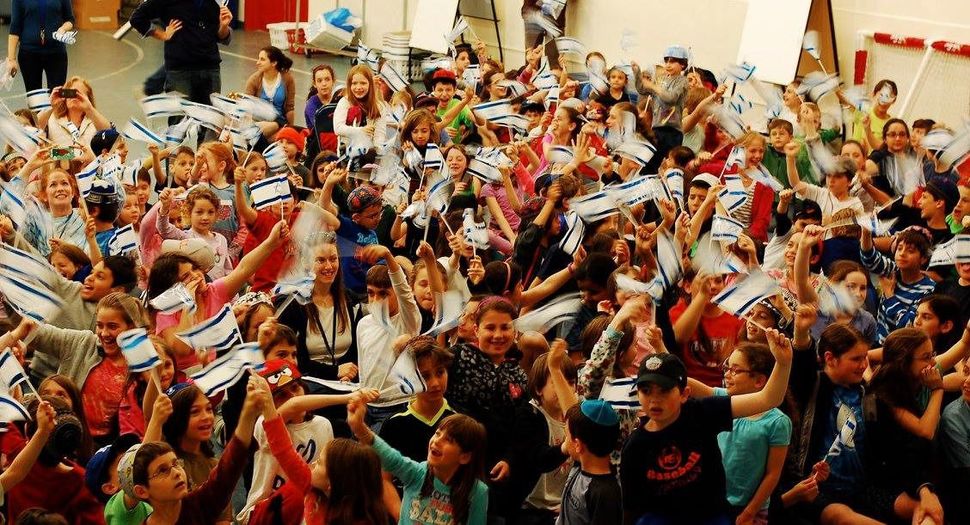 A huge donation is about to transform the only Jewish day school in the nation’s capital.

The Jewish Primary Day School announced Monday evening it had just received a $20 million gift from two donors, which will allow the school, currently serving students in elementary school grades, to build a middle school.

Behind the donation, which stands out not only in its size but also in the circumstances that made it happen, stand two single donors – former ambassador Alfred Moses, and the family of his longtime friend and DC resident Milton Gottesman.

“This is a transformational gift,” said JPDS head of school Naomi Reem in an interview. She said the school will launch its middle school in 2018, allowing students currently in third grade to continue their Jewish education at the school when they reach seventh grade.

The school currently has 300 students, but has seen a steady growth in the past decade. JPDS, which among its students are many children of Washington’s Jewish movers and shakers, is non-denominational and hosts students from all Jewish streams.

Its location inside the municipal limits of Washington, D.C. makes it unique, as the area’s only other Jewish day schools, one Conservative and one Orthodox, are located in the Maryland suburbs.

“We believe very strongly that the nation’s capital needs a Jewish day school that goes all the way to eight grade,” Reem said.

And while the school had been thinking for a while about the need to expand, the donation that made it possible came from an unexpected direction.

“I never make gifts in response to solicitation,” Moses told the Forward. The 85-years old diplomat and attorney said he decided to make the contribution on his own, after hearing about the school’s reputation. “The best chance to continue the Jewish story is to expose children to Jewish education,” Moses said, adding that middle school years are critical years for shaping Jewish identity. “I felt that by sending them out of there after sixth grade the school wasn’t giving the children enough.”

Moses, who served as a legal adviser to president Jimmy Carter, was appointed by Bill Clinton to serve as ambassador to Romania at a time when the communist regime was still in power. Among his responsibilities in Bucharest was maintaining contact with the local Jewish community and helping with immigration of members who wished to leave the country.

Moses offered $10 million of his own to help launch the JPDS middle school, but as JPDS was in the midst of expanding its lower school, the project had to wait a couple of years. Moses than turned to the family of Milton Gottesman, who was his friend, and offered them to match the gift and to name the new school after Gottesman, while the middle school will carry the name of Moses. Gottesman had been a long time supporter of JPDS. This paved the way to the $20million donation announced Monday at a special event with DC mayor Muriel Bowser and the donors.

Dr. Marc N. Kramer, Co-Executive Director of RAVSAK: The Jewish Community Day School Network, described the gift as “extraordinary” and said, in a statement put out by the school, that it is also a “testament to the enduring importance of day schools as pillars of Jewish life and learning for young families.”

The expanded school is expected to have more than 400 students divided between its two campuses on 16th Street, one of Washington’s main arteries.

Looking ahead, leaders of the school would like to dream of adding a high school as well, but this steps seems overwhelming right now. “Let’s take one step at a time,” said Reem.