Steve Gutow Steps Down at JCPA 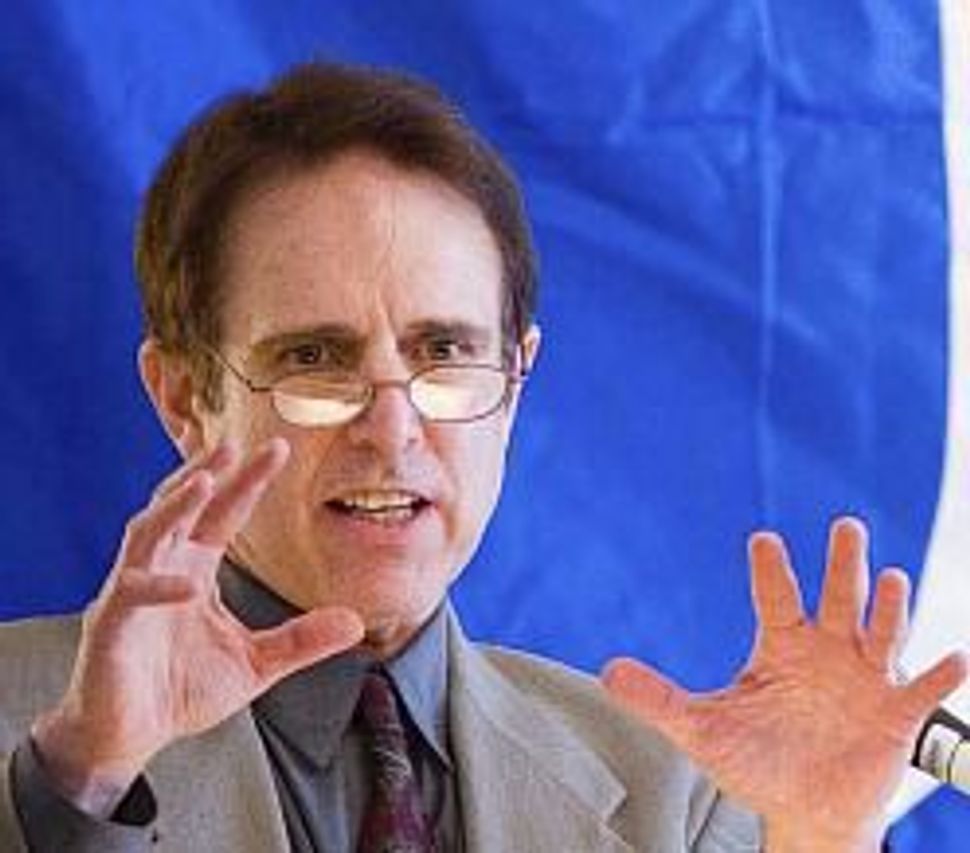 The head of the Jewish community’s grassroots umbrella organization on policy issues is stepping down after 10 years.

Rabbi Steve Gutow, president and CEO of the Jewish Council for Public Affairs, announced his resignation effective December 31. JCPA’s top lay leader Susan Turnbull sent an email on Thursday to board members informing them of Gutow’s planned departure and on the group’s intention to form a search committee to find a new leader. Gutow, Turbulll said, “is leaving a legacy of stellar work and we will continue to build on his strong legacy.”

Gutow told the Forward he had never planned to stay in the position, which he described as a “very, very hard job,” for more than five to ten years.

“For the past ten years, I have had the tremendous honor of serving as President and CEO of this remarkable organization,” Gutow wrote JCPA board members. He made clear that in the transition period until his departure he will focus on interfaith and environmental issues and on work to counter poverty but will no longer be in charge of the group’s daily operation. This responsibility will be passed on to Ethan Felson, Senior Vice President and General Counsel.

JCPA took its present form in 1994 as a voice for the Jewish community on issues of policy, both domestic and international. It serves as an umbrella organization for 125 local Jewish community relations committees in local federations as well as representing 14 national organizations.

Gutow said the most challenging, but at the same time the most rewarding part of his job was working to bridge the political gaps within the Jewish community on issues relating to Israel. “The part I liked most was the challenge of believing we need to do whatever we can to keep the community together,” he said. “We keep on trying to open the community to right and left.” This mission is also what drove Gutow to launch the JCPA’s civility campaign, aimed at restoring a civil discourse to the Jewish community and to American public life.

During his tenure, tensions within the community intensified as activists sparred on questions relating to inclusion of left wing and right wing Jewish groups in the metaphorical Jewish communal tent, and on the extent to which the Jewish community can and should criticize policies of the Israeli government and the U.S. administration.

Inevitably, much of Gutow’s work focused on defending Israel, and one of the JCPA’s major initiatives during his tenure was its cofounding of the Israel Action Network, an outreach and response group devoted to countering perceived assaults on Israel’s legitimacy.

At the same time, Gutow also launched several programs to advance the Jewish community’s core domestic liberal values. These included vigorous support for immigration reform, work on environmental issues, and campaigns to counter poverty. Gutow was among the first Jewish leaders to take on the food stamp challenge, for which he lived for a week only on food stamps. He also launched JCPA’s annual hunger Seder, using the holiday of Passover to advance awareness of hunger in America.

Gutow, a Reconstructionist rabbi, has deep roots within the Democratic Party. He founded the National Jewish Democratic Council in 1990 and then headed the Democratic coordinated campaign in his home state of Texas. Gutow also had a short stint as a pulpit rabbi in St. Louis, Missouri, before joining JCPA in 2005 as CEO and president.

He said he has yet to think of his next position after leaving JCPA in the end of the year. “I’ll have time to look,” he said. “I want more energy back.”

Voluntary departures are not a common sight among top executives of Jewish organizations and ten-year terms are still considered short. But Gutow said it is the longest he’s ever served in one position. He even pointed to Pope Francis’s recent comments on his thoughts on retirements as a sign that leaders need not stay for lengthy periods of time in their posts.

Steve Gutow Steps Down at JCPA