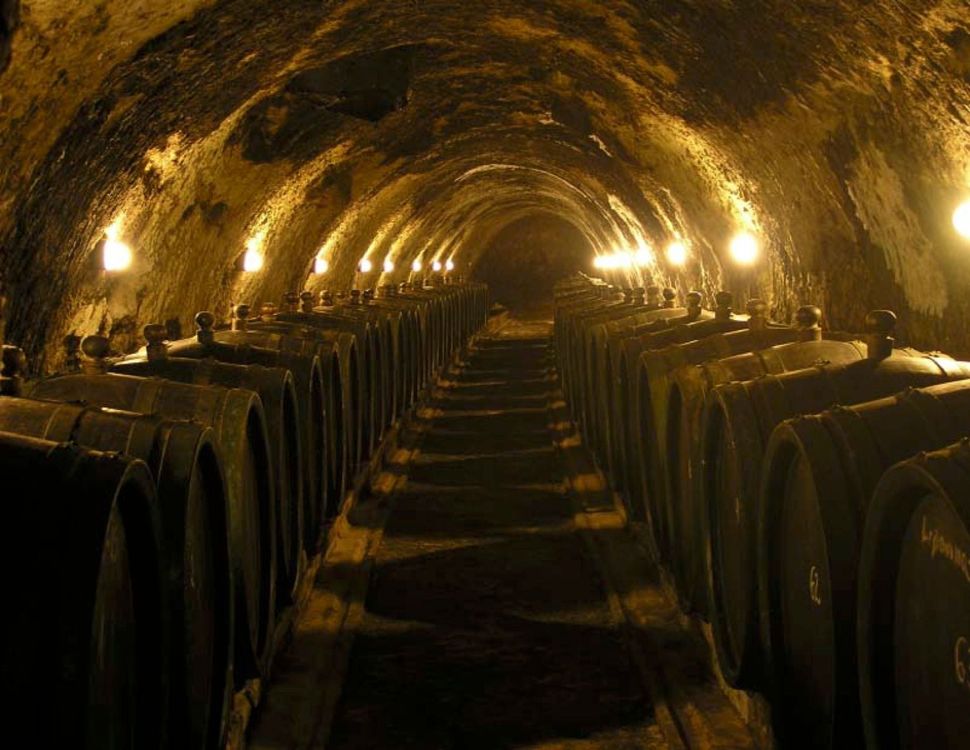 Hungarians take special pride in their Tokaji, a dessert wine made of grapes grown in the country’s northeast region. The nectar has even made it into Hungary’s national anthem.

But for one family of Jewish Holocaust survivors from the Tokaji region, the revival of this sweet wine in modern Hungary carries bitter memories and growing frustration. They would like the world to know that the region’s prime vineyards have deep Jewish roots, that the decades-old fungus, unique for the production of Tokaji, was there when their ancestors made the wine, and that some of the region’s most prominent winemakers and sellers were put on trains to Auschwitz and the few who survived discovered they’ll never get back their wineries and homes.

“I knew what happened to my family and to our property, but I wanted to put that phase of my life behind. It was too painful,” said Susy Oster, 87, whose parents were prominent winemakers in the town of Mád, in the Tokaji region. “I’m beyond the idea of revenge; it just opens the wounds that have healed and causes more pain,” she said.

But her children, while not seeking revenge, are looking for recognition.

“We’re not asking for money, it’s about remembrance,” said Gerry Oster, who believes his mother’s childhood home in Mád is now the headquarters of the producer of a prestigious Tokaji wine brand. “It was the most well-known winery in the region, and what they are doing is expunging the memory.” 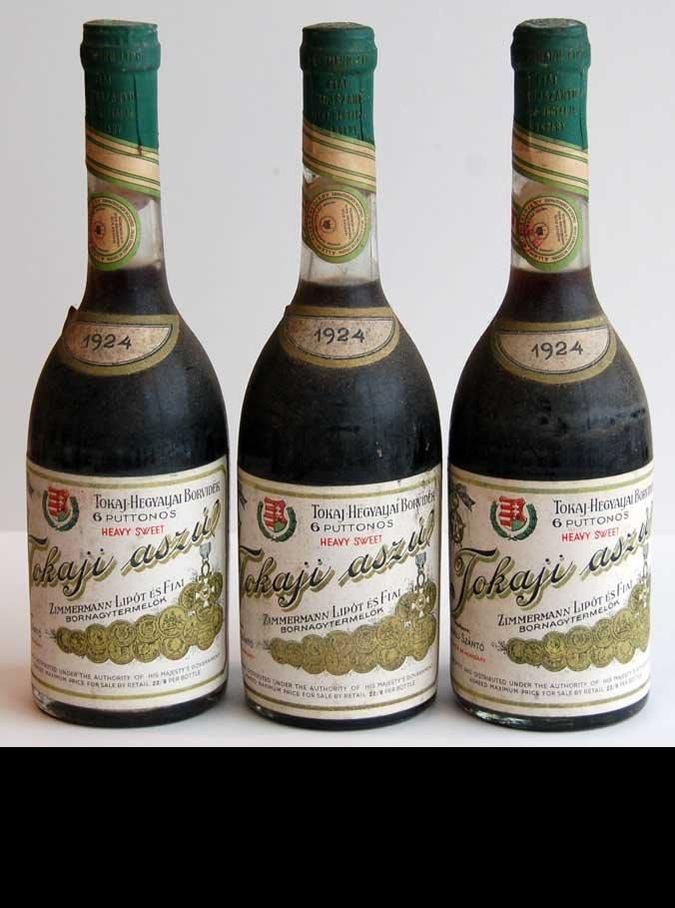 Oster and his sister, Beverly Fox, are engaged in a battle to reinstate the memory of their ancestors, the Zimmermann family, within the history of Tokaji winemaking. They claim that an international company, Royal Tokaji, which counts among its key investors a scion of the famously Jewish Rothschild family, now owns the Zimmermanns’ winery, cellars and home. The assets were purchased, the siblings say, after the fall of communism in Hungary, when nationalized property was put up for sale. Their attempts to get Royal Tokaji to acknowledge the Jewish history of the vineyard have thus far hit a brick wall.

Still, in an email exchange with the Forward, a top Royal Tokaji executive did not dismiss the possibility of recognition at some undefined point. The company would be happy to accommodate the family’s wishes, said Damon de Laszlo, Royal Tokaji’s top executive, but “none of these matters are to be taken lightly,” since the company is still studying the history of the region.

The debate over the Jewish family’s place in the history of Hungary’s prime winemaker, which has played out in a series of strongly worded emails between the two sides, began almost by chance.

When Fox started planning a trip to Hungary, which included a stop at the family hometown of Mád, the tour organizer sent her a photo of the Royal Tokaji winery they were to visit in the region. Fox looked at the picture and recognized her mother’s childhood house, which she had visited with her parents three decades ago. She sent the photo to her mother, who immediately identified the building; it now houses Royal Tokaji’s offices. According to Susy Oster, this was her home until the family was deported when she was 10 years old.

The matriarch’s memories of the place are vivid. She recalls her family cultivating the grapes; she remembers the huge vats in which the wine was stored in the family-owned cellar, and she remembers how Orthodox Jewish men from town used to come at harvest time and stomp on the grapes with their bare feet. The family made a line of kosher Tokaji that was exported primarily to Poland, and kashrut laws required that only Jewish people handle the wine.

The Zimmermanns stood out among the Jews of Mád. They were secular in an otherwise Orthodox community and were affluent property owners who had strong ties with their non-Jewish neighbors, whereas many of the town’s Jews were small-business owners who lived in an enclosed community. “My parents’ friends were all non-Jews. We didn’t have Jewish friends in Mád,” Oster recalled.

But the close ties with the local Hungarian community did not help the family when the Nazis took over Hungary. Local gendarmes led the Zimmermann family, alongside all other Jewish residents of the Tokaji region, to the trains, where they were eventually handed over to the Nazis. In turn, the Nazis sent them, like most other Hungarian Jews, to Auschwitz. 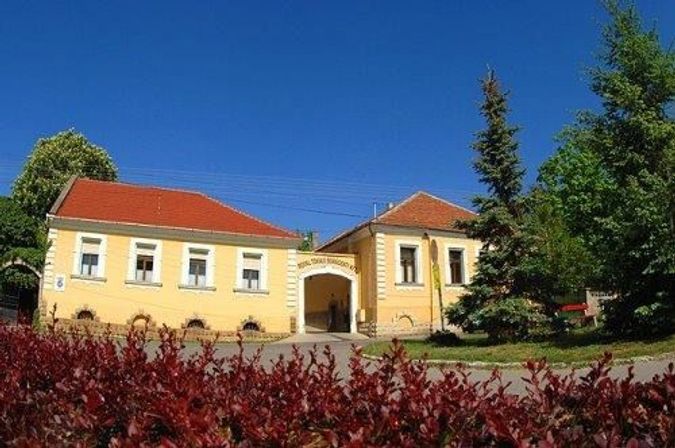 The headquarters of the Royal Tokaji wine company was once the home of the Zimmerman family until they were mostly wiped out in the Holocaust.

After Oster survived the Holocaust, and her mother perished in the Nazi death camp, she sought to go as far away from Mád as possible. Eventually she ended up in Long Beach, California. The property was nationalized when the Communists came to power after the war.

When Zahava Szasz Stessel returned with her sister to their home in the Tokaji area after the war, she found another family living in their home and saw a woman wearing the suit her mother used to wear to synagogue. “We had hoped that when we survived the Holocaust there would be a new world waiting for us,” said Szasz Stessel, who lives in New York and whose book, “Wine and Thorns in Tokay Valley,” tells the story of the region’s Jewish history.

She noted that most Jews in the area have never received any compensation or reparation for the property they owned before the war.

Tokaji wine dates back hundreds of years but has enjoyed a renewed interest in recent decades. Its distinct sweet flavor is a product of the local Tokaji valley grapes and of a process known as “noble rot,” in which fungus, growing for years on the cellar walls, interacts with the wine. Bottles of the Zimmermann Lipot winery, owned by a relative of Oster’s and produced in 1928, are still on the market for collectors.

After the fall of communism, Hungary opened its gates to foreign investors who modernized the wineries. Among them, Royal Tokaji was the first and most successful. It acquired vineyards and wineries during what turned out to be a short window of opportunity before the Hungarian government put in place limits on the sale of land. The person behind the company is a noted British wine writer and historian named Hugh Johnson. Another top investor in the company is Jacob Rothschild, a member of the British branch of the famous Jewish banking family. He is also a collector of rare wines.

The company bought the property from its owners at the time, members of the Bartha family in 1994, according to de Laszlo. He told the Forward that the company had not yet traced any documents regarding the properties’ previous owners. “Our knowledge of the history of the region is limited, as the company was only set up in 1990 and I only became involved in rescuing it some seven or eight years ago,” he said.

In his correspondence with Royal Tokaji, Gerry Oster, who is a healthcare analyst from Brookline, Massachusetts, made clear that he is not seeking financial compensation. He wrote to Royal Tokaji that members of the family would like to see Royal Tokaji take “appropriate steps to acknowledge the role and contribution of the Zimmermann family in creating the foundation on which the Company was built and now prospers.”

Royal Tokaji, in its response, said it was aware that the Zimmermann family members were large landowners in the region, but they do not know that they had owned the land now used by the company. The exchange grew harsher in tone, with Oster threatening to turn to the media and human rights groups, and de Laszlo telling the Forward that Oster had “rather rudely” refused to turn over ownership papers.

De Laszlo strongly rejected the claims that his company is trying to ignore the winery’s Jewish history, which was cut short by the Holocaust. “The Royal Tokaji company and I completely abhor the family’s awful and horrendous experience during the Holocaust,” he said. De Laszlo added that he was never asked to commemorate the Zimmermann family and if such a request were to be put forward, he would “seriously consider it.”

Oster and Fox intended to keep pressing on until their family’s history returns to be part of Hungary’s signature wine.

The family’s matriarch, however, is less enthused to go down this route. “I don’t share my children’s’ wish,” Susy Oster said. “I want it to stay in the box it has been in since 1944.”