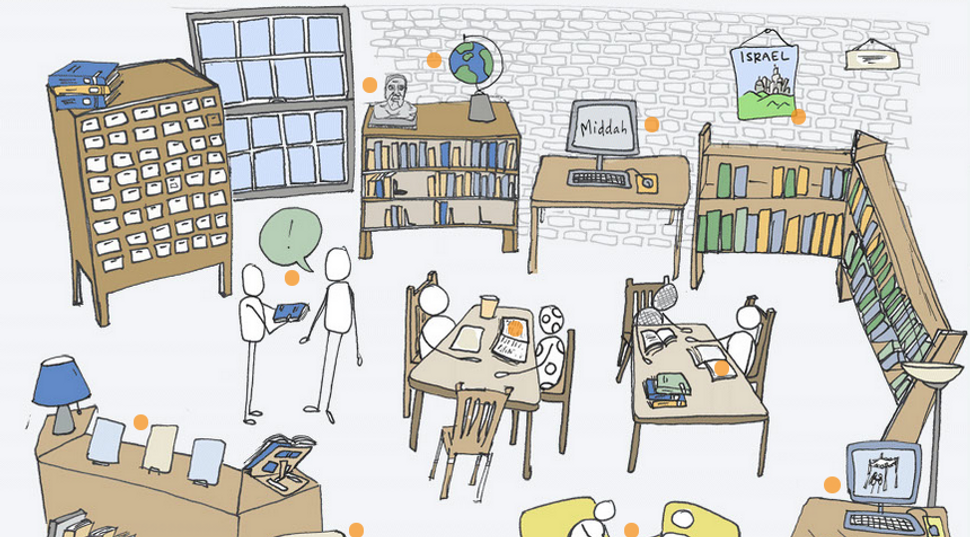 The Reconstructionist Rabbinical College has released what may be the quirkiest annual report in the mundane history of Jewish annual reports.

Instead of the standard-issue PDF, chock full of corny staged photos and tritely colored financial bar graphs, the RRC built its 2015 report into an interactive website that captures the democratic essence of the organization better than any static document ever could.

The report is online at the college’s web site

“Its been hard to figure out how to talk about the richness of a Reconstructionist approach in an accessible way,” said Rabbi Deborah Waxman, the RRC president. The website “seemed like a really promising and interesting and fun and substantive idea.”

The report is centered around a cheery promotional video that portrays Reconstructionism as an inclusive movement that understands the different paths people take toward meaningful Jewish living. Using whimsical whiteboard animations and collaborative narration, the video focuses in on one strategic question: “Who you ask, is the we holding a hand out to you right now?”

The answer given is an assorted group of characters, including a student studying at RRC, a new congregation president, a Reconstructionist summer camper and the college’s president. A Christian seminary professor, Katie Day, even weighs in toward the end.

“There’s something about including Katie Day that makes it a little less insular and a little more interactive with the world,” said Josh Peskin, who leads the group’s communications department.

Supporting the video are a number of pages highlighting the various institutions and qualities connected to Reconstructionism. There’s a Virtual Bet Midrash, intricately illustrated, with mouse-over pop-up menus hyperlinked to relevant audio, video, and web resources.

There’s a Camp JRF eco-village, again intricately illustrated, with composite characters of diverse economic, geographic, and racial backgrounds; like Sam, a multiracial boy from Long Island who’s mouse-over bio says his “parents picked this camp for my brother and me because there are other kids who look like us.”

And of course there’s a financials page, which is the only actual required part of an annual report by law, according to Peskin.

Peskin said the team came up with the idea to break the mold for the annual report.

“Usually the bang for your buck is pretty low,” Peskin said. “I know intimately several organizations that put (up to) $80,000 into this these things and only 100 or so people read them.”

Start to finish, the whole project was completed in four months by a team of seven designers, coders, producers, and illustrators. Peskin said he would be submitting the project to some folks who might be interested at trying a similar thing with their organization.

“To be perfectly honest, the Reconstructionist College is an innovative place and rethinking something like this is practicing what we preach,” Peskin said.

Reconstructionism didn’t fully establish itself as an independent Jewish denomination until the late 1960s with the founding of the RRC — a moment when the Conservative and Reform movements were booming across America. The movement is based on the ideas of Rabbi Mordecai Kaplan, a professor at the Conservative movement’s Jewish Theological Seminary who died in 1983.

Reconstructionists believe that Judaism is a religious civilization with secular attributes beyond religion itself. Among numerous accolades, Reconstructionists are credited with celebrating the first bat mitzvah in history (Kaplan’s own daughter), for allowing openly gay rabbinical candidates to attend seminary before any of the other Jewish movements, and for pushing the concept of a Jewish peoplehood. The movement grew slowly at first but is today considered the fourth and smallest major branch of Judaism.