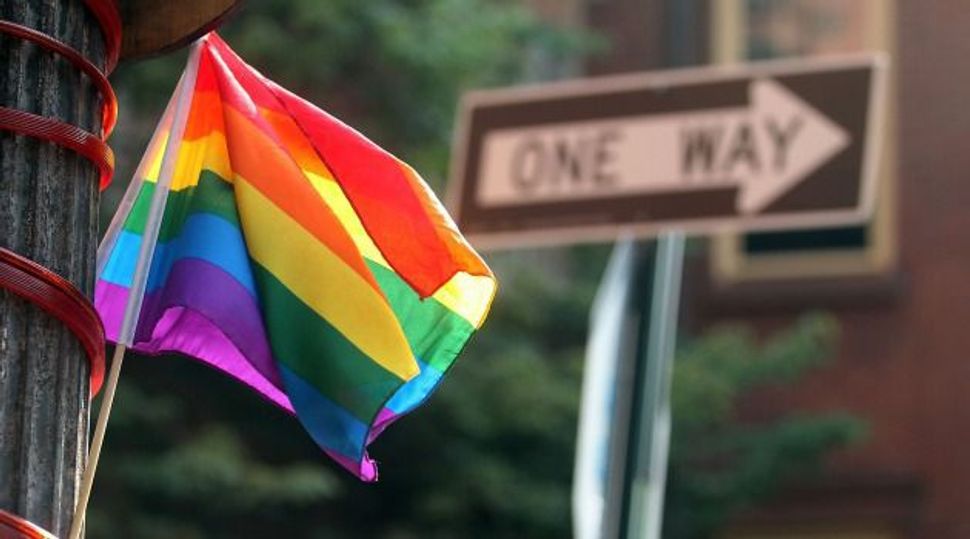 A jury decided against a Jewish group that promotes so-called ‘gay conversion therapy’ in a landmark fraud case that could have a wide-ranging impact on the controversial anti-gay practice.

In a first-of-its-kind decision, the jury awarded $72,000 to several mostly Jewish victims who said Jews Offering New Alternatives for Healing and co-founder Arthur Goldberg made bogus promises that they could ‘cure’ gays.

“I am so grateful that the jury has decided conversion therapy organizations do not have the right to lie to and deceive people,” Benjamin Unger, 27, one of the plaintiffs, said in a press release. “It is a victory not just for me but for other victims of this harmful therapy.

The jury determined that JONAH violated New Jersey’s consumer fraud law by marketing homosexuality as a mental illness and by claiming that their conversion therapy services could successfully turn a gay person straight – and that they had done so many times before.

The six plaintiffs – four former JONAH clients and two of their parents, who first filed a lawsuit against JONAH in 2012 – claimed in court that the abusive services and the way those services was advertised were deceptive.

“This verdict is a monumental moment in the movement to ensure the rights and acceptance of LGBT people in America,” said David Dinielli, deputy legal director for the Southern Poverty Law Center and lead attorney for the case. “Conversion therapy and homophobia are based on the same central lie – that gay people are broken and need to be fixed.”

JONAH’s defense attorney did not immediately respond to requests for comment, the Associated Press reported. During the trial, the defense argued that the group made no guarantees and that the plaintiffs had not expressed dissatisfaction during or immediately after their treatment.

During and after JONAH’s so-called therapy, Unger, 27, became suicidal, anxious and depressed. He put on weight and could not go to yeshiva or to work. He testified about his experiences during the three-week trial.

The trial was peppered with dramatic and disturbing descriptions of therapy strategies used by JONAH.

In one group therapy session, plaintiff Chaim Levin was forced to recreate scenes of traumatic sexual abuse from his childhood, according to court documents. One classmate allegedly acted as the sexual abuser, while another peer played Levin as a child.

In a separate group session, JONAH counselors recreated a mock gym class locker room scenario, bouncing balls around the boys while shouting homophobic slurs in their faces, according to the court papers.

Unger described another group therapy session where the boys were told that their close relationships with their mothers had played an integral role in turning them gay. Unger was then instructed to reimagine a pillow in the therapy room as his mother, and to then beat that pillow as hard as he possibly could with a tennis racket, according to court documents.

He testified that the therapy temporarily destroyed his relationship with his mother.

JONAH must now pay $72,400 in damages. A judge will now consider whether to shut down the controversial non-profit. President Obama publicly denounced the therapy as a form of homophobia in April.