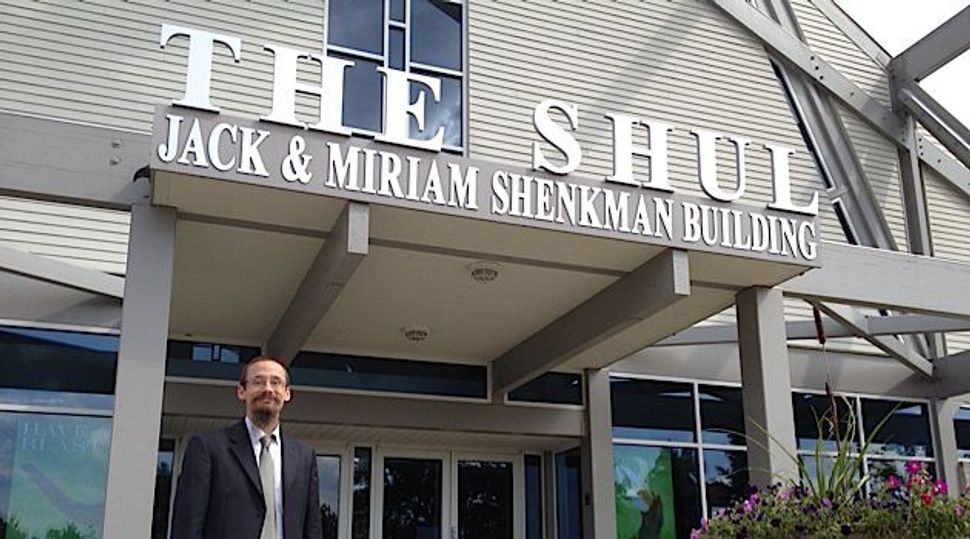 As federal investigators sift through hundreds of boxes of evidence seized in a July raid on a Jewish college, a former employee there told the Forward that she was fired for asking too many questions of her bosses.

Jessica Fidler, 35, said that she reported Michigan Jewish Institute to the Department of Education’s Office of the Inspector General almost three years ago.

Fidler said she was fired just two weeks into her job as an administrator in the fall of 2012, as MJI began work on renewing its grant of accreditation. “I started noticing right away and started questioning things, and that’s when they fired me,” she told the Forward.

Fidler reported to the DOE that she believed that up to 85% of MJI’s 2,000 or so students were Israelis who did not speak English and who obtained federal student aid because a parent or a grandparent was an American citizen.

Fidler also alleged that some students repeated the same course two or three times and were awarded credits each time.

“Nothing made sense to me,” she told the Forward.

MJI has been under scrutiny since a Forward article in the fall of 2012 revealed that during the past decade the college, run by a rabbi affiliated with the Chabad-Lubavitch sect of Judaism, had increased its student body dramatically.

That increase coincided with a dramatic rise in the amount of money MJI students received in federal aid as well as with an increase in profits for the college.

That’s even though almost all of MJI’s students are enrolled in the college’s study abroad programs at yeshivas and seminaries in Israel where they typically, at the same time, take MJI online courses toward a degree in Judaic studies.

Taking both tracks allows some students to earn a degree in as little as two years. However, most students drop out after their first year.

Since 2009, when MJI started to rapidly grow its enrollment, its students have received federal student aid totaling $30.7 million. During that time, the college’s net assets have grown to $7.3 million in 2014 from $2 million in 2009.

Officials with the DOE’s Office of the Inspector General, which oversaw the July 7 raid, declined to give the reason for its action.

According to warrants filed in U.S. District Court in Detroit, among the thousands of documents seized from MJI’s administrative offices in Southfield, a suburb of Michigan, was a handwritten letter describing financial fraud. Agents took more than 100 box loads of material, including financial documents, student records and accreditation paperwork.

Agents also raided The Shul, a Chabad synagogue in nearby West Bloomfield that serves as the campus for MJI. They took away 26 box loads of material, including financial documents, copies of computer hard drives and an employee’s cell phone.

Agents also seized documents related to the Department of Housing and Urban Development, which awarded a grant of almost $500,000 to MJI “for improvements to campus buildings and classrooms” in 2006.

Rabbi Kasriel Shemtov, spiritual director of The Shul and president of MJI, declined to respond to questions from the Forward.

Mort Meisner, a public relations consultant, released a statement to the Forward, saying that “Michigan Jewish Institute is cooperating fully with the federal investigation as it has with all audits and reviews. Our educational operations continue without interruption.”

The statement added: “We are and have always been committed to operating in compliance with the law and we strive to achieve the highest standards of education.”

After Fidler made the complaint to the Office of the Inspector General, she heard nothing for more than two years.

In May of this year she received a response from the DOE saying that her complaint was “out of [its] purview” and suggesting that she “contact the school’s accreditation agency for further assistance.”

Fidler said that because of the raid, she did not see the point in filing another complaint against MJI.

Another former MJI staff member — who was employed during two accreditation procedures — said that because of the lack of students on campus, the employee was amazed each time MJI was granted accreditation.

“While I was there, the only students that physically went into the building were dual enrollment students,” said the former employee, who did not wish to be named.

Dual enrollment allows high school students to take classes that count toward college credits. When the Forward visited MJI’s campus in the fall of 2012, the only students on campus were about 20 high schoolers, mainly girls, taking dual enrollment Hebrew classes.

The former staff member said that MJI’s dual enrollment program made no money, but “in retrospect” it probably helped convince ACICS evaluators who, during site visits, could see “20 bodies in a classroom, studying Hebrew.”

“Every single time ACICS gave them their gold stamp and said keep going, I said, ‘Really?’” ACICS will not reveal the reason that it deferred its decision to renew MJI’s accreditation so many times. Anthony Bieda, a spokesman for the accrediting agency, said that ACICS evaluators carried out a thorough review of MJI’s student transcripts and its online programs and found them to be in line with the group’s “standards and requirements.”

Bieda said that ACICS had taken “a real deep look” at MJI’s curriculum and educational objectives. He said that although there is “a religious element” to MJI’s instruction, ACICS was satisfied that the college prepares students “to obtain a job in a Jewish community institution where there needs to be a strong sense of the cultural and religious background.”

Following the raid, however, Bieda said ACICS is concerned about MJI’s future. He said that ACICS is going to contact MJI later this summer, seeking evidence that the school has “the capacity, given their change in circumstances, to continue their ongoing operations.”

Bieda said that if ACICS believes MJI is in danger of closing down, his agency will request a list of MJI students as well as provisions for each student to complete his or her education at another American college of “comparable quality and integrity to the institutions we currently accredit.”