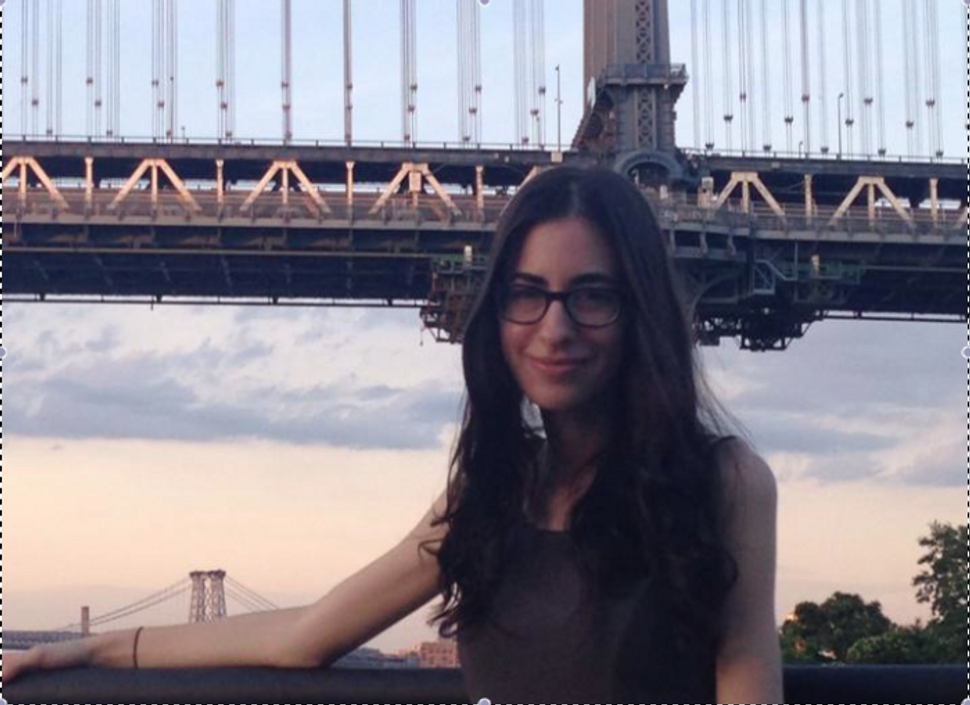 A 30-year-old tech entrepreneur who left her Hasidic community jumped to her death from a 20th-floor rooftop bar in Manhattan’s trendy Flatiron District.

READ: Why the Whole Orthodox World Is Complicit in Faigy Mayer’s Death

Mayer was the founder, CEO and iOS Developer of Appton, a startup specializing in mobile apps. She was a graduate student of Accounting at CUNY. According to her Twitter profile, she identifies as a “Former hasid who codes in iOS. Love coding, beacons, bacon, the appleWatch and life!”

Mayer was also a member of Footsteps, a group that provides “social and emotional support, educational and vocational guidance, workshops and social activities, and access to resources” to members of the ultra-Orthodox community that wish to leave.

Friends on her Facebook page said Mayer struggled with depression.

The New York Post spoke to witness Dale Martin, who said, “I was walking across the street and I saw she was falling.”

Another witness, Becky Whittemore was at the bar and told the Post, “There was a big corporate party up there and she kind of ran through them and jumped.”

Eliyahu Fink, a former rabbi at the Pacific Jewish Center, said he did not know Mayer personally. They shared several common friends and she followed him on Facebook. Tuesday morning, he wrote a long post about how the Orthodox community should do more for suicide prevention and acceptance. He never mentioned Mayer by name.

He told the Forward, “As a community, we must do a better job loving unconditionally. Too many people make their relationships dependent on religious observance. This compounds the trauma and loneliness for those who leave.”