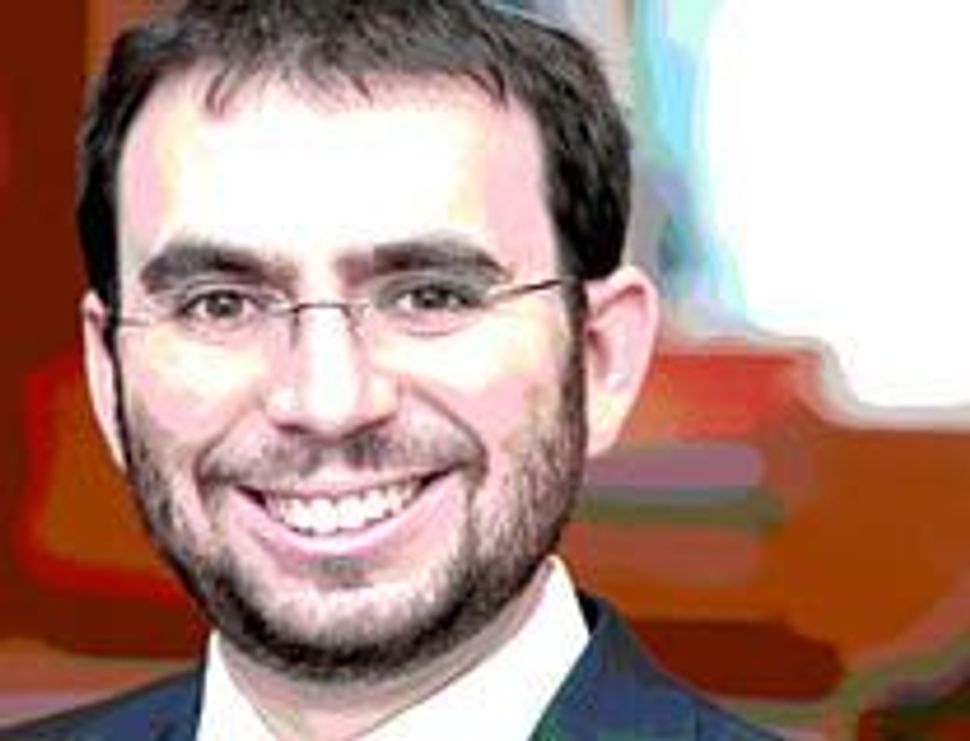 In just 20 months, Rabbi Eric Woodward has made a powerful impact on Jewish Columbus, Ohio, both communally and individually. From the start, Rabbi Woodward was eager to work with people whose spouses are not Jewish, people who are themselves considering conversion, or whose children have intermarried — people who sometimes struggle to feel comfortable in synagogues. His openness has brought many new faces to our building, and his intro to Judaism class for potential converts is oversubscribed. He is responsible for substantial growth in our synagogue’s membership: Over 25 new families have joined us since he began his tenure. Additionally, Rabbi Woodward has sparked new interest in the study of Torah and other Jewish texts. He leads a study group every Shabbat morning, which is consistently well attended, and has introduced other opportunities for intellectual and spiritual growth. How does he do it? Rabbi Woodward is warm, outgoing, intense and passionate about Judaism. He makes it accessible and meaningful. I personally took on the mitzvah of tefillin, and attempted my first Hagbah, or lifting of the Torah, all due to the encouragement of Rabbi Woodward.