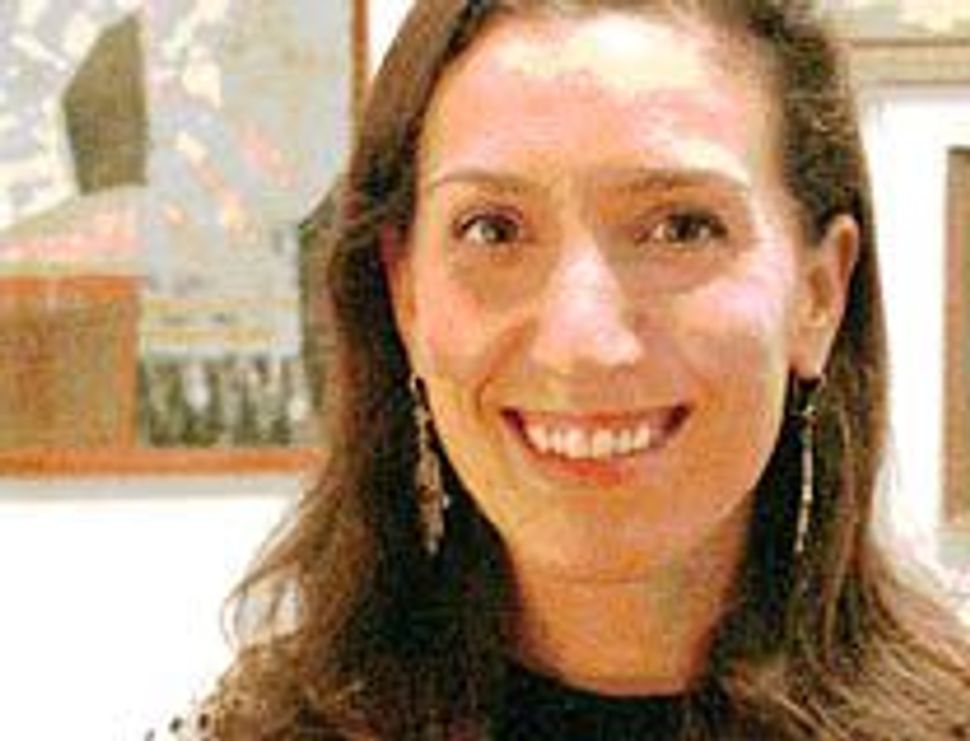 Although Rabbi Elyssa Auster’s official position is that of director of Jewish life at the JCC, I know her as a visiting rabbi at B’er Chayim Temple in Cumberland, Maryland, where I serve as president. Rabbi Auster has brought such enthusiasm, vitality and knowledge to our small rural congregation (of less than 60 families). She has both broadened and deepened our Jewish experience. The services she conducts are engaging, participatory and made even more special by her lovely singing voice. She not only leads prayers, but also talks about why we say them — suggesting the ways in which they speak both to our heritage and our present-day lives. Similarly, she brings Torah portions to life in a way that has congregants talking about them long after she has gone for the weekend. The adult education sessions she has led have introduced new ways of experiencing Judaism and spirituality. For example, a Torah study/yoga session allowed participants to gain a more holistic understanding of the week’s portion; a Mussar workshop brought a Jewish ethical perspective to working on the self; and a mandala workshop introduced a new way to engage in prayer using spiritual and ritual symbols from Hinduism. The programs she has led with our children have been similarly engaging. Perhaps most importantly, Rabbi Auster brings a sincere and contagious joy for all things Jewish. She has given me, and others in our congregation, a renewed sense of excitement about our own Judaism.