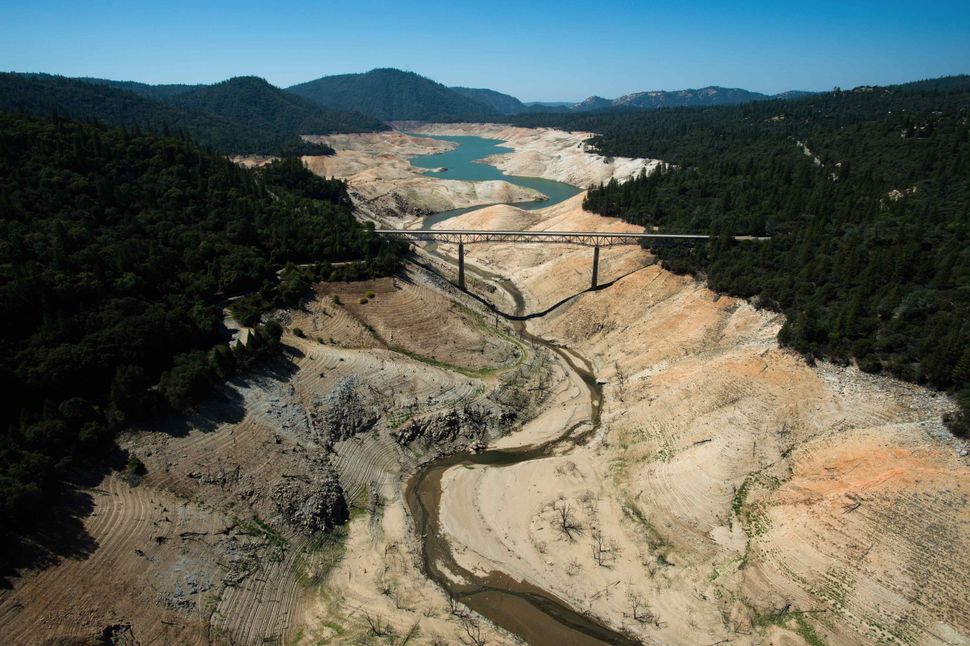 Today, Lake Oroville, California’s second largest reservoir, looks like an almost barren valley. The piers of Enterprise Bridge, once steeped in fresh water, stand tall and dry, supporting the deck over a stream that trickles down the valley’s center.

At the 2015 Summit on Water Technology and the California Drought, held on July 10 in Sacramento, a photo of Lake Oroville flashed before the audience during a presentation by assembly member Marc Levine. “California will never see normal rainfall amounts again,” said Levine, who added that in Israel, too, “the reality is that there is simply not enough water, even in years that there is above-average rainfall.”

But Levine pointed out that while California enters its fourth year of severe drought, Israel maintains a sustainable supply of water. That is thanks to tight water management, efficient technologies and a culture of conservation that has allowed Israel to produce a surplus of 20% more water than it consumes.

It was precisely because of this Israeli innovation that the governor, Jerry Brown, welcomed Prime Minister Benjamin Netanyahu to California in March 2014. During a ceremony in Silicon Valley, the two leaders signed a memorandum of understanding to foster cooperation and develop research with an emphasis on water conservation and management.

The memorandum calls on California and Israeli businesses, universities and laboratories to join together to find solutions to water scarcity. “Israel has demonstrated how efficient a country can be, and here is a great opportunity for collaboration,” Brown said.

Drought-stricken California can learn from Israel, where vineyards sprout from deserts and where tomatoes grow sweeter because of the brackish, or saline, water used to irrigate them. Technologies such as desalination, wastewater reclamation, drip irrigation, water meters and even double-flush toilets have helped Israel defy the natural forces of drought.

California, which is 19 times the size of Israel and has the world’s seventh largest economy, faces several unique challenges in alleviating drought. While California has more than 800 water districts, each with its own water rights, Israel has a National Water Authority that determines policy and pricing, and a National Water Carrier to transfer water throughout the country.

Despite these differences, experts from both countries believe California can emulate Israel’s efficiency in managing water demand, usage and conservation. 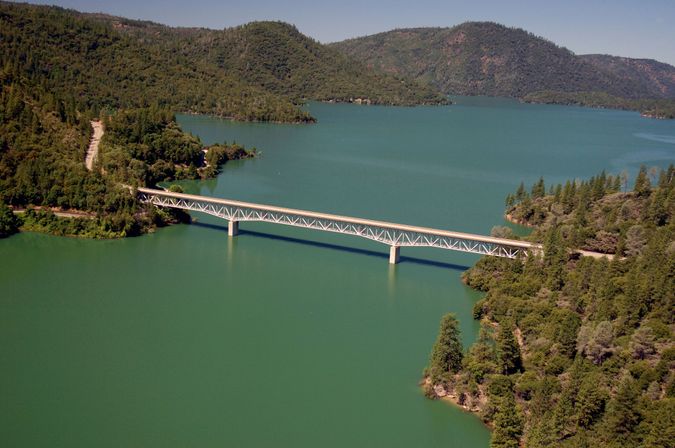 In both Israel and California, more than 75% of the water supply goes to agriculture. However, while Israel recycles 85% of its wastewater to irrigate crops and recharge aquifers, California — America’s top agricultural producer — recycles only 5% of its wastewater. “There is not a large watershed consciousness in California. In Israel, there is,” said California-native Glenn Yago, who heads the Milken Innovation Center at the Jerusalem Institute for Israel Studies and fosters Israeli investment in California-based water projects.

Instead of drip irrigation using reclaimed wastewater, many California farmers employ flood or spray irrigation — both wasteful and inefficient. Drip irrigation, invented in Israel, is more targeted and economical, delivering only the necessary amount of water straight to the roots of the crop.

David Zilberman, professor of agriculture and resource economics at UC Berkeley, estimates that California’s 40% adoption of drip irrigation has earned the state an annual $1 billion in cost savings and productivity gains.

In urban homes, Israelis save water with double-flush toilets, efficient washing machines, and water meters that detect pipe leaks and loss in the system. “You can’t have leaks or waste when you have drought conditions like you have in Israel,” Yago said. “If people see a leak around there, they immediately record it. If you have a constant dripping in your house, the water utility picks up on that. You’re immediately notified you’ve got a leak in your house and you’re paying for it.”

As a direct result of Brown and Netanyahu’s memorandum of understanding, a pilot project is underway in Los Angeles to monitor real time usage in water districts where sanctions have been imposed, said Lori Glasgow, assistant chief deputy at the Los Angeles County Board of Supervisors. Glasgow also visited Jerusalem this past July to participate in the Milken Institute’s Financial Innovations Lab event where she learned about water asset management and software that monitors water usage “almost down to the drip.”

Peter Gleick, co-founder of the Pacific Institute, a think tank that develops solutions to water challenges, said California’s low rates of water conservation and waste reclamation are caused not by “a lack of technology, but a lack of incentives to use technologies.”

Gleick said that water-saving technologies have not been widely applied because the water in California is too cheap. By contrast, Israel has a tiered pricing scheme, whereby consumers who use too much water pay an enormous price. While so far two-thirds of California water districts have now applied some sort of tiered pricing, water management experts agree that this system is crucial in encouraging conservation.

Gleick believes California needs more oversight and regulation of groundwater, and more statewide collection of management and water usage data — but also, flexibility at the local level to account for differences in local priorities and conditions. “What works in Fresno in the hot central valley may be different than what works in San Francisco in a cooler coastal condition,” Gleick said.

While policy set forth by a National Water Authority may work only in tiny Israel, California could learn from Israel’s uniform water strategy. Without statewide standards for conservation and usage targets, there’s no guarantee that necessary technologies will be implemented before California’s drought worsens.

Governance and managing water demand remain California’s most important challenges, according to Uri Shamir, who consults for Israel’s National Water Authority and teaches civil and environmental engineering at the Technion — Israel Institute for Technology, in Haifa. “There are tremendous shortcomings in terms of governance structure in California, where different interests are not forced or brought to work more closely together in more harmony,” Shamir said.

For example, it took eight years to complete the $1 billion Poseidon desalination plant in Carlsbad. It’s the largest desalination facility in the Western Hemisphere and produces 50 million gallons a day of clean, high-quality water, but it took years of permit struggles before finally constructing the plant.

Desalination itself doesn’t work for all of California, Shamir said, but mainly for coastal strips. The expense of transporting the water inland to the desert, compounded with the costs of taxes and regulations, often makes desalination a last resort.

Shamir said that regulatory hurdles and bureaucracy also add to the cost.

Israel, however, has reached a point where desalination is among the most effective and efficient methods of providing extra usable water, Shamir said. Israel’s price of desalinated water has dropped to 50 cents from $1 per cubic meter.

Through emergency drought declarations, Brown has already implemented some policy changes: cutting urban water use by 25%, expediting permits, getting responses from public agencies in a timely fashion and setting tighter time frames for these processes to roll out. But Brown has to contend with independent localities, private entities, political groups and lobbyists.

When Brown issued a mandate on cutting down water consumption, several lawsuits were filed the next day. In some cases, litigants argued that the state had no right to impose restrictions on water they believe is their own. The contention exemplifies the difficulties in implementing a policy that works throughout California’s several hundred water districts.

California policy can’t force farmers to grow more water-efficient crops — one almond requires a gallon of water — or to use specific agricultural methods, but it can implement a more standardized policy along Israeli lines that incentivizes efficient uses of water through improved irrigation methods and conservation techniques.

Perhaps the starkest contrast between Israel and California, though, is the culture of water.

In Israel, water has always been seen as a scarce resource. Yoram Cohen, professor of chemical and biomolecular engineering at UCLA, said that Israeli schoolchildren are taught from an early age the saying, “We have to watch for every drop.”

“We can’t overemphasize education,” Cohen said. “It has to start early because once people get used to it, it becomes part of their daily routine.”