Where Do Jews Stand On Iran Deal? Don’t Ask The Polls. 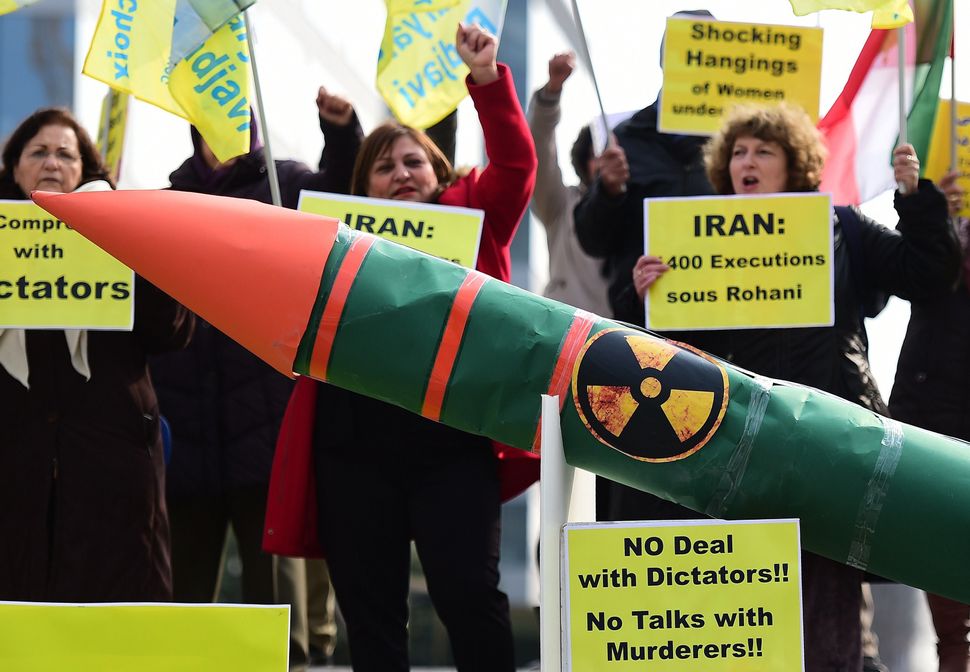 J Street, meanwhile, has been trumpeting the message to its supporters that “60% of American Jews want Congress to approve the deal with Iran.” And the Israel Project, a vocal opponent of the deal, found that “Opposition to Iran Deal Increases With More Knowledge of Arguments.”

The debate centers not only on which of the sides has more troops, it touches also on the contentious question of who speaks on behalf of the Jewish community. A move by several leading Jewish federations to express opposition to the Iran deal brought this question to center stage once again.

In Los Angeles, local rabbis took issue with the federation’s position, saying it did not represent a communal consensus. Similarly, in Boston a group of Jewish activists sent an open letter to the federation, expressing disappointment in its decision to oppose the deal while citing a poll suggesting most American Jews would like to see the agreement approved.

This uncertainty led Barry Shrage, president of Combined Jewish Philanthropies, Boston’s Jewish federation, to seek an expert analysis of the various polls claiming to portray the mindset of American Jews. The analysis, carried out by Leonard Saxe of Brandeis University and his team looked at the three main surveys of Jewish Americans conducted after the deal was signed.

One, by the Los Angeles Jewish Journal showed significant support for the deal; another by the pro-deal reached a similar conclusion, and a third by the anti-deal The Israel Project reached an opposite conclusion, finding a majority of Jewish Americans opposing the agreement.

“They’re all problematic,” Saxe told the Forward after examining the polls. His team dismissed the TIP survey because the organization would not disclose the poll methodology. The other two provide very little insight into the Jewish community’s state of mind. “These are not wonderful studies,” Saxe said. “They’re quick and dirty studies.”

All of the surveys Saxe’s team studied had serious flaws, he related. More importantly, Saxe’s study took issue with the conclusion the polls reached. The Jewish Journal poll, which found 49% of American Jews supportive of the deal, compared to 31% opposed, was seen as proving the point that the community is decisively behind the agreement. But Saxe pointed out that a majority of respondents believe the agreement will make Israel more endangered and will not prevent Iran from developing nuclear weapons. “What bothers me most is that I don’t think the interpretation given, [that] there is overwhelming support for the deal, matches the data,” Saxe said.

J Street’s survey also found substantial support for the deal, with 60% of American Jews polled expressing their backing. But Saxe criticized the wording of the relevant questions. The poll asked respondents if they supported a deal that would “lift economic sanctions against Iran in exchange for Iran agreeing not to produce nuclear weapons. International inspectors would monitor Iran’s facilities, and if Iran is caught breaking the agreement economic sanctions would be imposed again.”

The language used in the question reflects the administration’s view of the deal, which is being disputed by Israel and other critics.

But the greatest flaw with all of these surveys is that because of their immediate nature, they traded deep examination of communal feelings for instant results, Saxe said. The snapshot of community views carries little meaning, he stressed, without a more extensive look at the concerns and sentiments that stand behind the yes/no questions about the deal.

Some of the responses, Saxe wrote in his analysis, could reflect respondents’ “identity as liberals/Democrats,” or “the view that the agreement will likely pass Congress, regardless.” Many testified they did not know enough about the agreement.

The wide range of polling results regarding the Iran deal baffled veteran Democratic pollster Mark Mellman as well. Writing in The Hill Mellman tried to understand “how can Americans favor the Iran deal by 18 or 19 percentage points and oppose it by 8 or 10?” His conclusion: “They can’t.” Mellman, who is also doing polling work now for the anti-deal group Citizens for a Nuclear Free Iran, argued that in national polls, it’s all about the way one asks the questions:

“Every poll that finds support for the Iran agreement includes a question that explains why people should support it while casting no doubts,” he wrote. “Every poll that offers a neutral description, or none at all, finds Americans opposed to the agreement.” A supporter of the deal argued against this analysis, saying that a “neutral” question allows people to respond based on their preconceived negative feelings toward Iran rather than on the actual deal in front of them.

For Jewish communal leaders seeking a bottom line, the surveys are of little help. At best they provide a picture of a Jewish community skeptical of the details of the deal and split about how to translate these doubts into political action.

Where Do Jews Stand On Iran Deal? Don’t Ask The Polls.