Frustration and Sadness at Funeral of West Bank Firebombing Victim 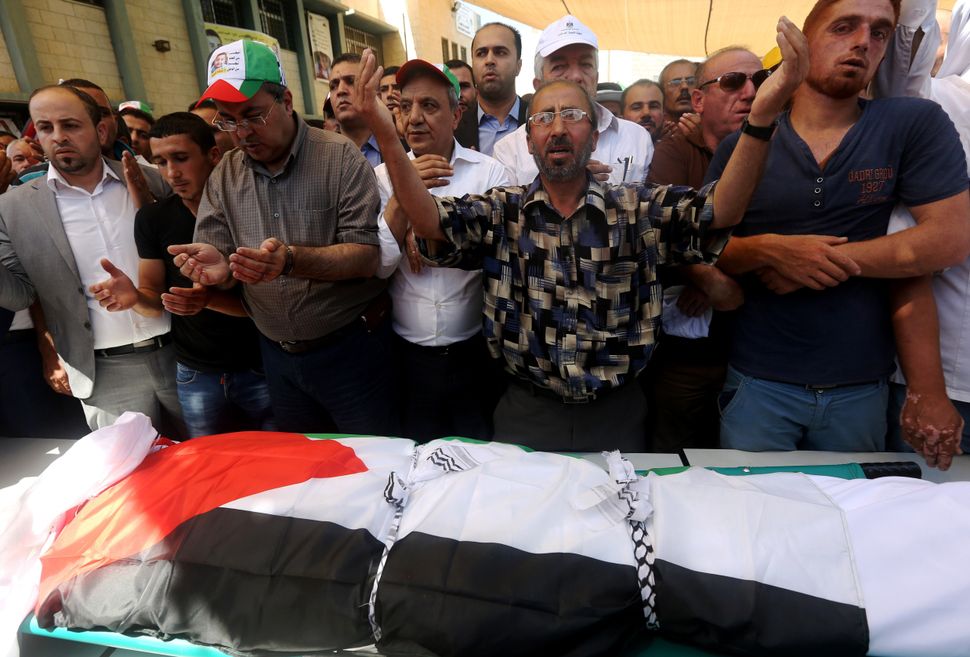 The father of Ali Saad Dawabshe, the 18-month-old Palestinian killed in an arson attack, apparently at the hands of Jewish settlers, died in an Israeli hospital on Saturday morning.

Saad Dawabshe, 32, was laid to rest in a funeral in Duma, outside of Nablus in the Israeli-occupied West Bank. His wife, in critical condition, and second son are still hospitalized in Israel.

Residents of the shellshocked hamlet said that they knew it was only a matter of time before another member of the Dawabshe family would die from wounds incurred in the attack. But the timing was especially difficult; Saad Dawabshe passed away the morning after the village completed its mourning period for young Ali. Now they would begin a new cycle of sorrow.

“People were so sad and angry,” said Abd al Salam Dawabshe, the village council head. Many people in Duma, a village of 3,000 Palestinians, share the last name of the murdered family.

The arson occurred the day after a fatal stabbing at the Jerusalem Pride March by an Orthodox Jewish extremist. Both attacks were met with widespread condemnation inside Israel and internationally. 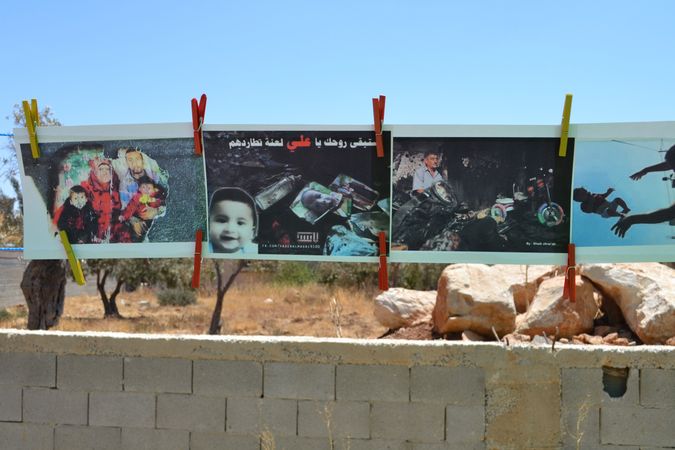 Israeli Prime Minister Benjamin Netanyahu called the arson a terrorist attack, and said he would use the full weight of the law to bring those responsible to justice. A week later, Israel has not announced any suspects in the case.

The Shin Bet, Israel’s internal security service, arrested Meir Ettinger, a leader in the so-called “hilltop youth” movement of young Jewish extremists who carry out attacks against Palestinians and their property. Ettinger is being held without charge in administrative detention, a measure Israel usually uses for Palestinians but has now applied to Jews as well.

Meanwhile, Duma residents have sought to memorialize the slain father and son, even as they are waiting to learn the fate of the other family members. They staged a memorial at a makeshift outdoor photo gallery. The photos, hung with clothespins on blue twine, depicted Ali’s short life and also clashes between Israeli Defense Forces and young Palestinians in the days after the attack. There were also drawings of the murdered infant alongside Muhammad Abu Khdeir, the 16-year-old East Jerusalem Palestinian who was burnt alive by Israelis in the lead up to last summer’s war between Israel and Hamas.

Many have drawn parallels between the two victims, including their families. On the exterior of the Dawabshe home was a large poster of Abu Khdeir, apparently a token from the teen’s parents.

“There’s a connection,” said Hatem Dawabshe, a distant cousin of the Dawabshe family, looking up at the poster. “Both were burned in a similar way.”

He gestured inside the house, which still gave off a burnt stench. On one of the few walls that wasn’t black with soot from the arson, someone had painted a picture of a baby surrounded by a crib of fire, lit by a hand holding a menorah, the Jewish candelabra that is part of the official emblem of the state of Israel. 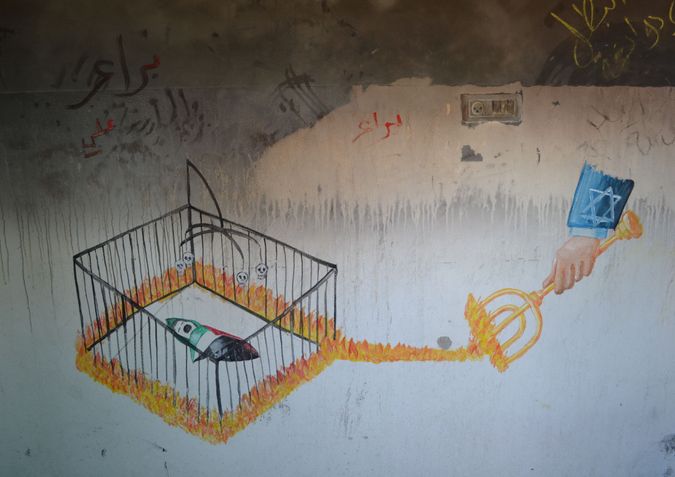 Frustration with the Palestinian Authority was also palpable in Duma. The perpetrators had also burned a second home in the village — the family was unharmed — where a yellow flag for the Fatah party, which runs the PA, was now hanging. On the day of Saad Dawabshe’s funeral, a young man climbed to the rafters and threw the flag off, in an apparent display of disgust at the PA, which many villagers feel hasn’t done enough to protect Palestinians.

In the mid afternoon, the funeral procession began. Saad Dawabshe, his face covered in white cloth, was carried to a nearby home where his elderly parents and other close kin said their last goodbyes. His body was brought to a public square accompanied by marchers waving flags for Hamas, Fatah and the Democratic Front for the Liberation of Palestine. He was buried later that day.

Ahmed Tibi, a Knesset member from the Arab Movement for Change party, was present at the funeral, wearing a baseball cap with a photograph of Ali.

“We are shocked by this terrorist attack,” he said. “But we saw it coming and I can tell you it won’t be the last time.”

In the week since the arson attack, about 50 men from the village have organized themselves into a neighborhood watch patrol to guard against more settler incursions.

“Their main job is to observe the movement of settlers west of Duma,” said Abd al Salam Dawabshe. “In order to not let this crime happen again.”

Frustration and Sadness at Funeral of West Bank Firebombing Victim