For Orthodox, Addiction Is Unspoken Problem 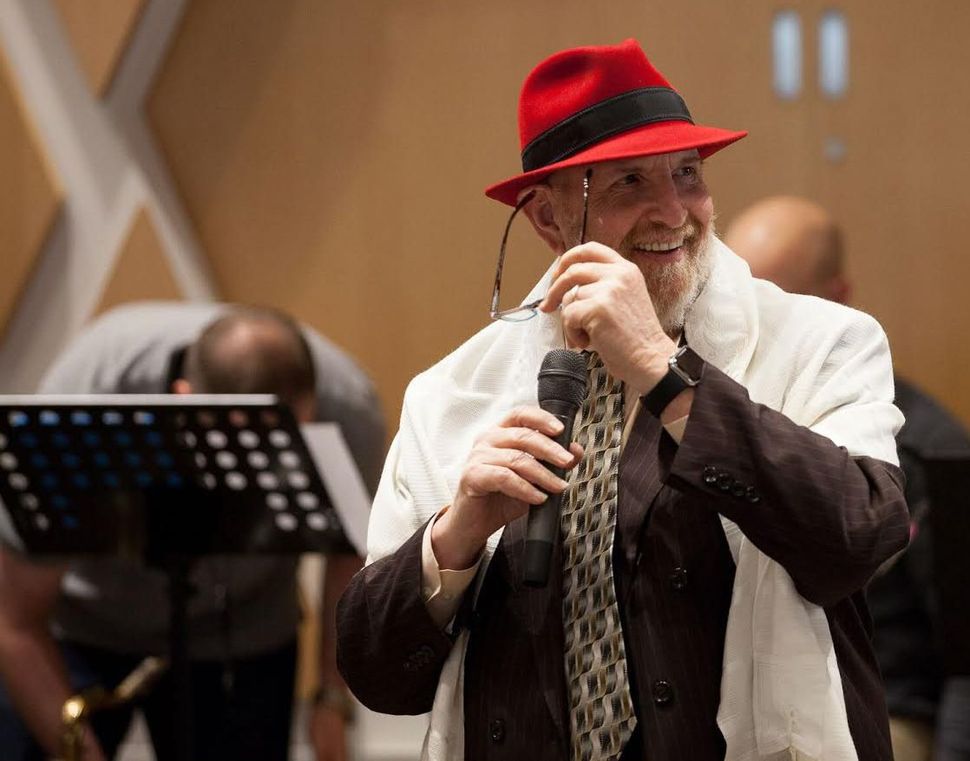 On the surface, Asher Ehrman had a great childhood in Monsey, New York. Growing up in an Orthodox family, his parents loved him and his sister. It had its ups and downs, but until he was about 13 or 14, he really couldn’t complain.

But then he came home wearing a blue shirt instead of the usual white and his parents kicked him out of the house to protect his sister’s shidduch, or marriage prospects and future. Ehrman went to live with his friend, whose mother took him in for the next three years.

Ehrman says, “Life is a bit of a blur from then on.”

At 19, Ehrman smoked marijuana for the first time, and within six months he was popping Adderall pills, and then Oxycontin.

He says now that he fell into the wrong crowd, but at the time he really didn’t think so. After all, “they were all guys in yeshiva,” Ehrman said.

Still, Ehrman soon realized he had an addiction that was steering him astray, and he went back to his parents to tell them he was a drug addict.

They refused to help him, saying that if the rest of the community found out about their son’s addiction, then their daughter’s life would be ruined. Instead, they told him to raise the $9,000 to send himself to rehab. He called as many people as he could, asking them to give anything, and ultimately he reached his goal.

Ehrman’s story of addiction and his struggle to recovery reads like many other experiences of substance abuse, but many Orthodox Jews face obstacles to recovery that are absent for others.

Education about substance abuse doesn’t really exist for a large population of Jews at risk — teens in the Orthodox community, where elitism and separatism create a stigma against talking about risk and getting help. At a turbulent time when many adolescents question their role in the community, they can turn to drugs in their struggle for identity. With the ignorance in the community, both of how to prevent substance abuse and of how to address it if it occurs, some, like Ehrman, become addicts.

It is “a community that’s very much built on secrets and being in denial on a lot of things,” Baila Drucker, the assistant clinical director at the recovery center Beit T’Shuvah, told The Forward by phone. “There is so much energy placed on hiding things, [and] appearing perfect. The community has a superiority complex because they aspire to a higher way of living.” 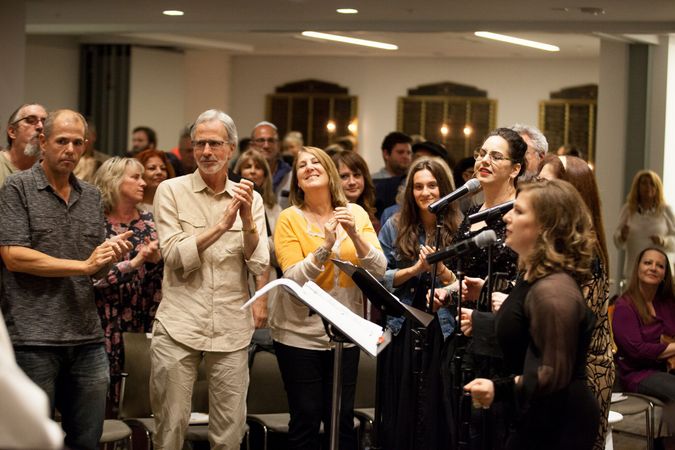 ‘Motown Shabbat’ in Los Angeles: Beit T’Shuvah congregants clap and sing during one of their themed services. Image by Justin Rosenberg

Drucker herself had to leave to get help for an addiction. She grew up “super fundamentalist” and struggled with addiction before finding Beit T’Shuvah.

“We find them on the way out on the street. They have no skills, are so shame filled, [and] they end up in addiction,” Drucker said.

Mark Borovitz hit rock bottom in the mid 1980s. Serving his second term in prison, he was lost after 20 years of gambling, stealing and drinking.

But then he found Judaism, and eventually became a rabbi.

“I had a revelation moment, and I’ve continued to learn so more can be revealed to me,” said Borovitz, who is now known as Rabbi Mark to his congregation at Beit T’Shuvah.

Social worker Harriet Rossetto opened Beit T’Shuvah in downtown Los Angeles in 1987, after she had worked with Jewish convicts in prisons and realized that many had outstanding addictions that were not addressed there.

After he had been released from prison a second time, Borovitz got his first job in the thrift shop at Beit T’Shuvah. He worked part time for minimum wage at $5.60 an hour, because that was all Rossetto could afford to pay him, according to Borovitz’s autobiography, “The Holy Thief: A Con Man’s Journey From Darkness to Light.”

Their professional and personal relationship flourished, and in 1990 Rossetto and Borovitz married.

Now, Beit T’Shuvah raises millions of dollars annually to provide for 300 to 400 clients at a time. It has changed its mission over the years, and has gone from helping Jewish convicts get back on their feet, to treating addiction, to enacting its current motto: “Recover Your Passion. Discover Your Purpose.”

Beit T’Shuvah has won numerous grants and awards, beginning in 1991 with the Isaiah Award from the Jewish Federation for meeting a previously unmet community need. In 2013, Rossetto was invited to the first annual White House Hanukkah party, and in 2015 White House Drug Policy Office honored her as an “Advocate for Action.”

What makes Beit T’Shuvah unique among the rest of the addiction recovery centers is its incorporation of Jewish spiritual counseling with the 12 steps program and psychotherapy. Beit T’Shuvah, along with educating their clients according to the 12 steps, relapse prevention, relationships, life skills, health, anger management, conflict resolution and personal responsibility, teaches the key Jewish principles that recovering substance users should use in their daily life.

Beit T’Shuvah relies on the Hebrew commandment, teshuvah, meaning “repentance, return, and response,” according to Borovitz. “The rabbis say [we must do] teshuvah one day before we die, and since none of us knows the day of our death, we do teshuvah every week,” he said. Teshuvah correlates to parts of the 12 steps program, steps four through nine.

Beit T’Shuvah stresses the importance of community. Most people who go through the recovery program can find future employment within Beit T’Shuvah if they wish. If not, Beit T’Shuvah also has a career center on site that helps people find jobs or go to school.

Community does not stop at the addicts; their families can also come in for treatment, because “families who have members in recovery are lost,” according to Borovitz.

Beit T’Shuvah’s grasp also extends beyond those directly affected by addiction to reach out to the demographic most at risk for substance abuse: preteens and teens. Using the program Partners in Prevention (PIP), Beit T’Shuvah visits schools and synagogues to teach students about substance abuse.

However, they don’t recite the same spiel — “Drugs are bad. Don’t do drugs” — as most prevention programs. According to Doug Rosen, director of PIP, this method does not work. Instead, PIP teaches kids coping skills, how to make healthy choices, and offers self-esteem building exercises to deal with the underlying factors, like stress and anxiety, that make kids turn to drugs to cope.

In addition, PIP uses Judaism as a lens for the kids’ lessons. “We try to use the Jewish principles that they’re supposed to learn and make them cool,” Rosen said. Instead of dry lessons about the Talmud, PIP takes Jewish teachings and makes them relevant to everyday problems that young people face.

PIP is taught by a variety of people with different experiences of addiction, they include Jewish educators, mental health professionals and recovering addicts, some of who are parents.

PIP visits synagogues and schools not only in California and New York, but also in Iowa, Maryland, Massachusetts, New Hampshire, Virginia and Wisconsin. The organization has reached more than 56,000 teens so far. Rosen said that the overall response has been “really positive” over the 10 years that it’s been working with this model.

Unfortunately, PIP’s reach into the Orthodox community is limited. Normally it addresses Reform and Conservative synagogues. And Beit T’Shuvah’s embrace goes beyond that.

“We are non sectarian so we take Jews and non Jews. And even with Jews, we take everyone who comes,” Borovitz said. The non-Jews in recovery must attend and respect the Jewish lessons that form Beit T’Shuvah’s recovery program. Everyone has to attend weekly Sabbath and Torah study five days a week.

But Beit T’Shuvah does also cater to Orthodox Jews. “We get a lot of young Orthodox, mainly men, because we have a reputation now in the Orthodox community of being able to help,” Borovitz said.

Ehrman was one of them. After bouncing among rehab centers and sober houses across America to no effect, he eventually found Beit T’Shuvah.

At the height of his addiction Ehrman was taking 30 mililiters of Oxycontin a day and committing bank fraud to sustain his lifestyle.

Beit T’Shuvah succeeded where others had failed and allowed Ehrman to finally heal. “It was the first place that I really felt that I was a part of,” he said. “It was a community. I didn’t feel judged. The rabbi would study with me every Thursday… Harriet really took me under her wing.”

Towards the beginning of his stay at Beit T’Shuvah, before Ehrman could shake off his doubts about recovery, Borovitz sat him down and asked him point blank, how much money he would need to feel comfortable.

Borovitz pulled out his checkbook and wrote out that amount for Ehrman to physically hold in his hands and deposit.

“It was somebody actually putting their money where their mouth is,” Ehrman remembered. “They never mentioned a word about money.”

The first six months of primary residential treatment costs on average $102,480, but according to Borovitz hundreds of clients pay $500 or less for their stay. Beit T’Shuvah must raise $5 million a year to cover those expenses, mostly from the general public.

Now, Ehrman works as the director of admissions for Transcend Sober Living. He is on call 24/6 – every day except the Sabbath – and calls his job “the most fulfilling thing ever.”

“Our principles are transparency and truth, and we help people rediscover their passions,” Borovitz said. “We let people know that each person matters.”

Rachel X. Landes is a Forward Summer Fellow. Contact her at landes@forward.com

For Orthodox, Addiction Is Unspoken Problem