Is Hebrew a Language To Bind Us, or To Bore Us? 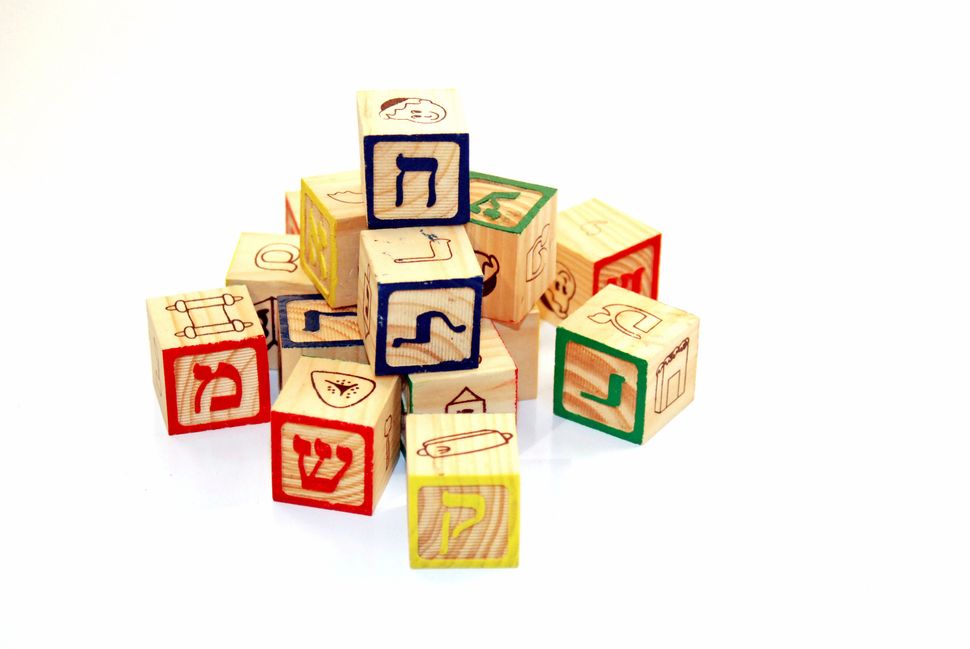 It’s common for young Jews to study Hebrew until the age of 13 — and then never interact with the language again. Hebrew school students learn the alphabet, but often have little understanding of what the prayers mean. Having a conversation in modern Hebrew is a long shot.

This phenomenon raises questions about the priorities of Hebrew instruction across the country. Should learning Hebrew more thoroughly — speaking some modern Hebrew and comprehending prayer — be part of a basic Jewish education?

Naomi Stillman calls it “the bar mitzvah syndrome.” The associate director of NETA, a nationally distributed Hebrew curriculum, Stillman regrets that Hebrew education in the American diaspora has not been widely successful. And she isn’t alone. Rabbi Dr. Shmuly Yanklowitz, executive director of Valley Beit Midrash in Phoenix, says that either Hebrew school feels like a second school about which students are unenthusiastic, or its fun-and-games approach detracts from substantial learning. Both produce dismal results.

Learning spoken Hebrew and understanding the meaning behind prayer have merits — beyond bar or bat mitzvah prep. “I think we need to demonstrate both the rootedness and the evolution of the language,” said Yanklowitz, “both the sense that there’s a deep power to accessing the words that generation after generation have found meaningful, and that this is a living, evolving language that a home state continues to use, and bring progress to the language.”

Learning a language involves reading, writing, comprehension and speaking. Yanklowitz argues that learning Hebrew should also be integrated with Jewish values to make the language more meaningful or relevant. But with only a limited number of hours per week dedicated to the Hebrew language, Hebrew schools must choose the extent to which they prioritize each of these components.

The reality is that many students do not learn enough Hebrew to function in practical situations.

“I can only read Hebrew very slowly, and I definitely need vowels. Some words I recognize without vowels,” said Gary Parizher, a medical student who attended Conservative Hebrew school full-time until high school. Parizher’s school aimed to teach both prayer-book and modern Hebrew. His experience paralleled those of the subjects interviewed in this piece.

A 2013 Pew research survey of American Jews found that 52% of all Jews know the Hebrew alphabet, but only 13% understand what they can read. Over 80% of all Jews — including 79% of “Jews by religion” and 96% of “Jews of no religion” — are unable to have a conversation in Hebrew. Statistics tell us that American Hebrew education has prioritized reading the Hebrew alphabet.

Rabbi Bruce Raff, head of the Religious School at Wilshire Boulevard Temple, a Reform congregation in Los Angeles, said the goal is for students to be “prayer-book functional” so they can read, chant, and recognize keywords in prayers.

“We want our kids to be Jews, lifelong Jews — and part of being a Jew is being able to function in synagogue,” Raff said.

For those like Parizher, learning Hebrew connected him to Judaism, but he says the connection has faded.

“I’m not really sure [Hebrew] would be all that useful to me. I speak Russian, and I find that to come in handy more frequently than Hebrew would,” Parizher said, adding that even Russian isn’t as useful as Spanish.

In many cases, students don’t see the point of mastering Hebrew. Not only is America widely monolingual, Naomi Stillman pointed out, but learning Hebrew is also “low on the getting-into-college totem pole.” Only 25% of Americans speak a language other than English. Spanish is the number one second language in schools, though recently the perceived necessity of learning Chinese has grown. Between 2005 and 2010, the number of those who took the Chinese Proficiency Test increased by over 26%. People see practical worth in learning Spanish and Chinese, but being Jewish doesn’t necessitate learning Hebrew.

Without serious emphasis placed on the language, Hebrew education has suffered. The only qualification for a majority of Hebrew teachers is that they be native speakers.

“Sadly, that isn’t enough. They know nothing about teaching a second language,” Stillman said. Being Israeli isn’t always enough to qualify someone to teach Hebrew.

Schools also tend to lack standard benchmarks for what a student should know by the end of a learning period, Stillman added. With a shift away from rigorous academic courses that include tests and homework, Stillman said, progress in Hebrew has slowed.

While Hebrew may not be every student’s priority, many still find learning it important. Ben Belgrad, a glass artist, studied Hebrew in Hebrew school, summer camp and voluntarily in high school.

“Learning Hebrew connected me to Judaism because I was able to explore cultural elements of Israel such as music, food and dance with an understanding rooted in the language. I also understand the prayers when I pray, which provides more meaning for me than just repeating words I was trained to memorize,” Belgrad said. With family and friends in Israel, Belgrad also found practical relevance in learning the language.

“Hebrew is important because, although Jewish people have had many vernaculars, it is the primary vernacular of our text. It remains the international language of the Jewish people,” said Melanie Weiss, director of the Religious School at Kadima Beth El, a Conservative congregation in Portland, Maine. “I want our kids to feel like they have access. I don’t want them learning things without understanding what they mean.”

In her time at Kadima Beth El, Weiss has introduced more conversational Hebrew into the curriculum. While Hebrew school twice a week isn’t enough for students to become fluent, Weiss said they read children’s books in modern Hebrew, and have at least a basic vocabulary, in addition to bar/bat mitzvah prayer.

“The goals of our school are to create Jewishly literate, Jewishly connected young adults who simultaneously have a strong sense of their Jewish identity and Jewish knowledge,” she said.

Whether Hebrew school should incorporate more modern Hebrew or prayer comprehension into the curriculum remains debatable. With obvious time constraints, schools are limited in what they can teach and must prioritize a curriculum adhering to their goals.

“I want [students] to enter the adult world and become adult learners,” Weiss said. “They’re not done when they’re done with their time here. If they think they’re done, then I haven’t done my job.”

Is Hebrew a Language To Bind Us, or To Bore Us?